Owen (born Ogg) passed away peacefully last Thursday while surrounded by friends and family at her home in Vermont, according to TMZ.

Beverley originated the role of Marilyn Munster - the 'ugly' teenage niece of Frankenstein and a female vampire with a werewolf for a cousin - in the first season of the CBS sitcom.

Marilyn made little sense as a character, but I still had an adolescent crush on both of them.

Great show! The family considered Marilyn to be the freak.

Condolences to family and friends of Beverley Owen. R.I.P. Thanks.

I thought it was cool that she really didn’t notice any difference in them.

She left after the first year to get married, because she considered marriage more important than an acting career.

Times have changed, but maybe not for the better.

Whoa. I didn’t know it could come on at this later age. 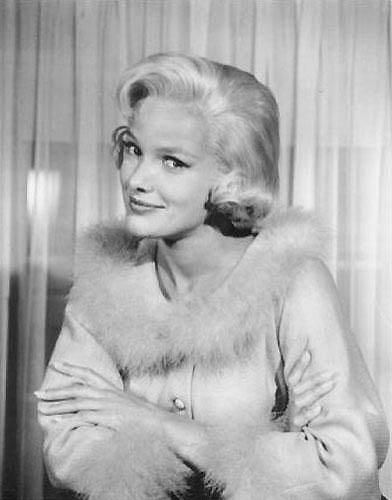 Per the show’s theme, she was the homely one.

“The family considered Marilyn to be the freak.”

There was one episode where the rest of the family talked about how embarrassed they were to have such a freak among them - they were trying to figure out if they could do anything about it.

Surprised me to...I thought by that age the ovaries would be disappeared.