The Left Wins Big with Covington and Smollett

And that was after they installed an ineligible usurper with the GOP’s help.
Many don’t want to acknowledge how far down the rabbit hole we are.

Some here that argue for the eligibility of foreigners to be President are actually working for the other side.

Wow! A whistling teakettle about to blow! Throttle back a bit before you blow a gasket!

The RSA government is ruled by black gangsters. Mandela is dead and Winnie might as well be in charge. There’s talk about Afrikaners being relocated to countries that both want and need them. Russia, for example.

You’re not that one once known as thescotsman now are you?

Winnie Mandela has less than NOTHING whatsoever to do with anything and hasn't for quite some time!

There has been "talk" and NOTHING more ( except for a very few Boer farmers going off to Russia ), as far as relocation is concerned. And it is almost IMPOSSIBLE for anyone living in RSA to get a visa to emigrate.

You're still posting rubbish, because you do NOT know anything about this topic.

Nope...I'm me and have ONLY been this nic for over 20 years here.

83 posted on 02/23/2019 9:49:25 PM PST by nopardons
[ Post Reply | Private Reply | To 82 | View Replies]
To: Celerity; All
Thanks. In the face of hard truth, you can expect some name calling and blind denials. What is disappointing, though not surprising, is that no one can deliver a reasoned refutation of the exact examples that I posted. And I forgot an important one. The left’s increasing success in rewriting history, removing monuments, etc., in order to have a free hand in controlling the future. You see how the right cowers before such initiatives.

As much credit as Trump deserves, everyone here notes, among leaders, he strands alone. That, more than anything, demonstrates the right’s weakness and the left’s success. The other thing most forget is that government is not really the engine of change. It is more reactionary than true initiator. The real changes I cited are cultural, occurring in the very fabric of society. And while not yet complete, It is the velocity of change that one can measure and take note of. Those in the midst of sea changes in culture are often unaware of them until they are swept away by the strength of the waves.

The train wreck is actually a strength. The multitude of disparate and clown car candidates serve the purpose of energizing every possible weird, non conformist and down right alien part of society adding to the dems base. They may hate each other in the primary but will unify against that monster Trump in the general.

Remind me who the ‘tard from the Bronx, despite her yipping, voted for speaker?

I am not saying these aren’t important or pluses, but show me how these reverse the specific examples of the Left’s success that I cited. And the ability of the left to shape cultural change. When the Supreme Court fully incorporates the Second Amendment, as it should, then I’ll believe it is more important than a bucket of warm spit. 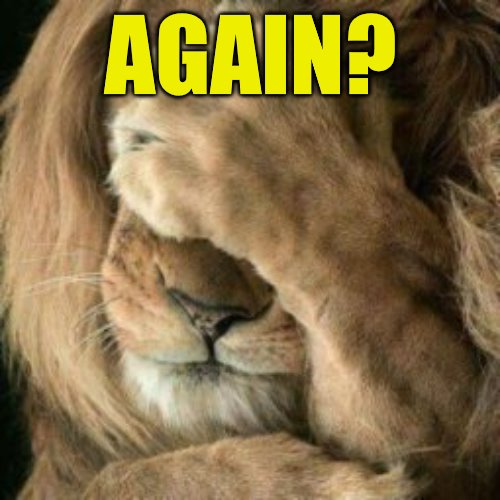 The Republicans only had to defend 9 Senate seats.

Only one of those seats was in a state that Clinton won - Nevada - and the GOP lost it.

The Democrats had to defend 26 Senate seats, and 10 of those states were won by Trump.

The GOP beat 4 incumbent Democrats, but all of them were in states that Trump won.

Gorsuch may be a reliable Conservative, but too early to make that call today.

Kavanaugh is a coin toss. Kavanaugh told the Senate Judiciary Committee that the Judge he most admired was center-left RINO Anthony Kennedy.

I voted for Trump in 2016, and I will vote to reelect Trump in 2020, but only because he is the most Conservative candidate who has a chance to win.

Heh, heh, rant all you want but you spilled the beans when you said,

“And it is almost IMPOSSIBLE for anyone living in RSA to get a visa to emigrate.”

So...you admit whites are prisoners in their own land under a brutal black racist regime. Enough said!

94 posted on 02/24/2019 12:25:28 PM PST by DeathBeforeDishonor1
[ Post Reply | Private Reply | To 1 | View Replies]
To: elcid1970
My most hearty congratulations on winning the AOC/AMAZON AWARD of the month, for completely misunderstanding my post/not knowing what you are talking about, yet again/looking like the utter fool you are!

Visas are not easy to get in RSA and haven't been for a long time...for EVERYONE, irregardless of race, sex,and religion. It is a LOTTERY SYSTEM, wherein you buy a not cheap ticket for each person. Then there is a drawing at some later time. If your ticket isn't picked, well good luck to you and try, try again.

If you need a visa due to business, then armed with reams of documents, you'll probably have better luck than those wishing to emigrate.

And unless things have radically changed recently, which I would have heard about, unlike you, this is the way it is!

And then there are the laws which prohibit people ( ALL PEOPLE, except those in high government positions ) from taking more more money out of the country than the proscribed limit.

Oh and the Rand ( that's what their money is called )keeps falling in value, which means that outside of RSA, the purchashing power is quite low.

So again, I highly recommend that you refrain from talking about that which you know little to nothing at all about; not to mention that you should not make crap up, assume anything, and also enroll in a much needed reading comprehension class!

You should look into anger management.

Look, I posted actual facts, so IF ( big "IF" ) you're really interested in life in RSA, read what I post about it ( which I do NOT get from some net site, but from people who live there now and people who used to, as well as from other sources such as newspapers from there and books that are NOT available here ) and learn!

And as far as "anger" is concerned...you're the one who is "angry"; not to mention pathetic.

When I wish to learn more about South Africa I will go to many reputable sites rather than your diatribes on FR.

Ad hominem name calling is usually a sign of desperation, like raising one’s voice rather than reinforcing one’s argument.

But since you’re determined to get the last word in, have at it. I’m done.

No site on the net is going to tell you, as I did, what is entailed in getting a visa, for different reasons, in RSA, as I did. Nor will any tell you about about the money limits.

If you'd prefer to look on line, I suggest you read the newspapers from RSA; though they are owned by the government and not any less filled with propaganda than our own MSM.

Dismissing what I post about that nation is silly on your part, since like it or not, I DO know what I'm talking about. Still and all, your choice and since you'd rather live in ignorance and stupidity, do so. Just refrain from posting about this topic, because you do not know anything at all about it.

You sound like you are very, very young. I still think you are thescotsman who was banned from this site.

“Ignorance and stupidity”; just can’t refrain from the insults, can you? You are so laughable.

“If you’d prefer to look on line, I suggest you read the newspapers from RSA; though they are owned by the government and not any less filled with propaganda than our own MSM.”

That is so nonsensical on your part, unless you are actually a mouthpiece for the vicious black racist regime that is RSA. That’s no one’s idea of independent research. Like trying to learn the truth about the USSR through Pravda and Izvestiya.

You DO know what you’re talking about? By what empirical standard other than your own overinflated ego?

You’re not a productive member of society if all you have time for is spewing your unbelievable bilge. See? I can sound just like you.