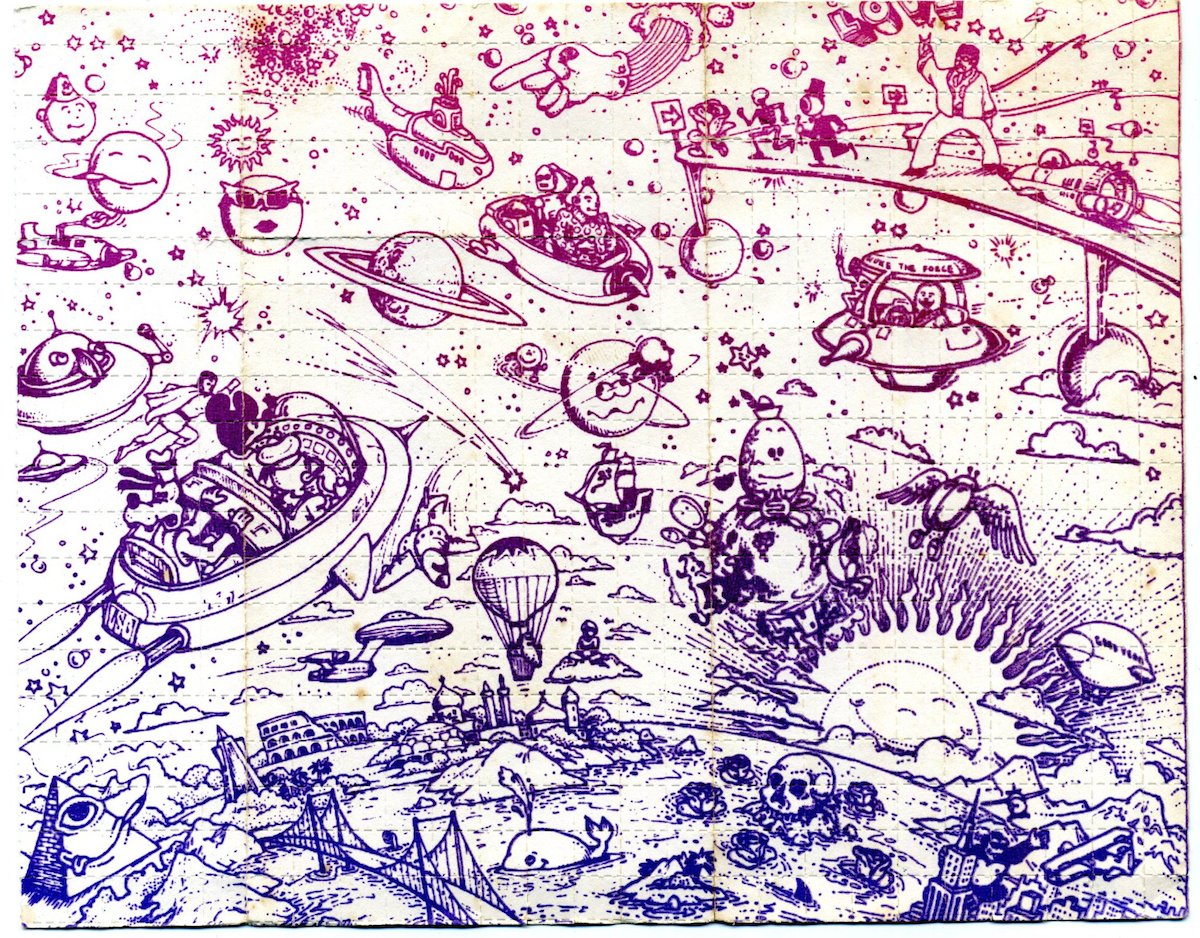 On October 6, 1966 (aka ‘The Day of the Beast’ in psychedelic circles) California banned the possession of LSD. Two years later the law went nationwide. Mark McCloud did as anyone of vision might: he began buying loads of blotters, sheets of paper infused with LSD, for consumption. Eventually his San Francisco home filled with thousands of LSD tabs. Over time the acid broke down. So now the framed sheets (part of an archive of more than 33,000 sheets and individual tabs), and Mark’s “Institute of Illegal Images” – “the most comprehensive collection of decorated LSD blotter paper in the world” – can be viewed by art buffs, former heads and anyone who wants to see objects that came to define an era.

The art is broadly two-fold: graphics and visions of the sort of thing you see after ingesting LSD. They are, says Mark, who earned a Masters of Fine Art from UC Davis, “examples of true American folk art, like whittling.” 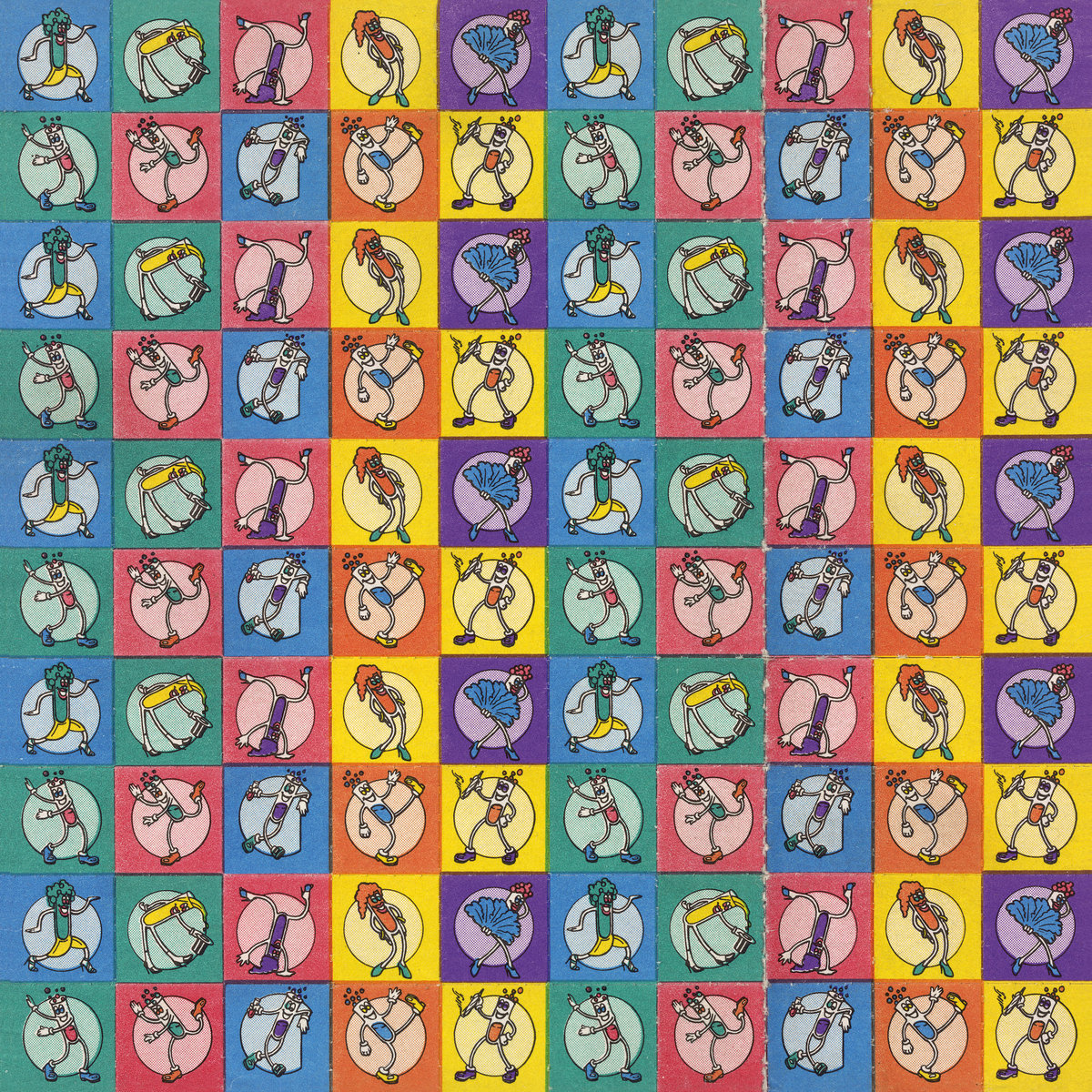 When did you start collecting it?
“Oh, that was when the first imagery came out. See, when acid first came out it was just drops on paper. This was in 1968, and it was the first commercially available acid. It came out of New York City, and it was done by this great underground chemist called Ghost-may he rest in peace-and they were called five-by-twenties. They were five drops by 20 on a little card that was the same size as autochrome film, and it came out wrapped in Kodak packaging.”

And when did the first illustrated tabs appear?
“In the 70s. There’s a whole vignette of imagery that appears throughout that era, and it’s usually on sheets of paper the same size as an LP so they could ship it dressed as a record. The first sheets would have a single image that would be divided up into the tabs, usually in a single color. They quickly became individual pictures, though, with great detail.” – Vice 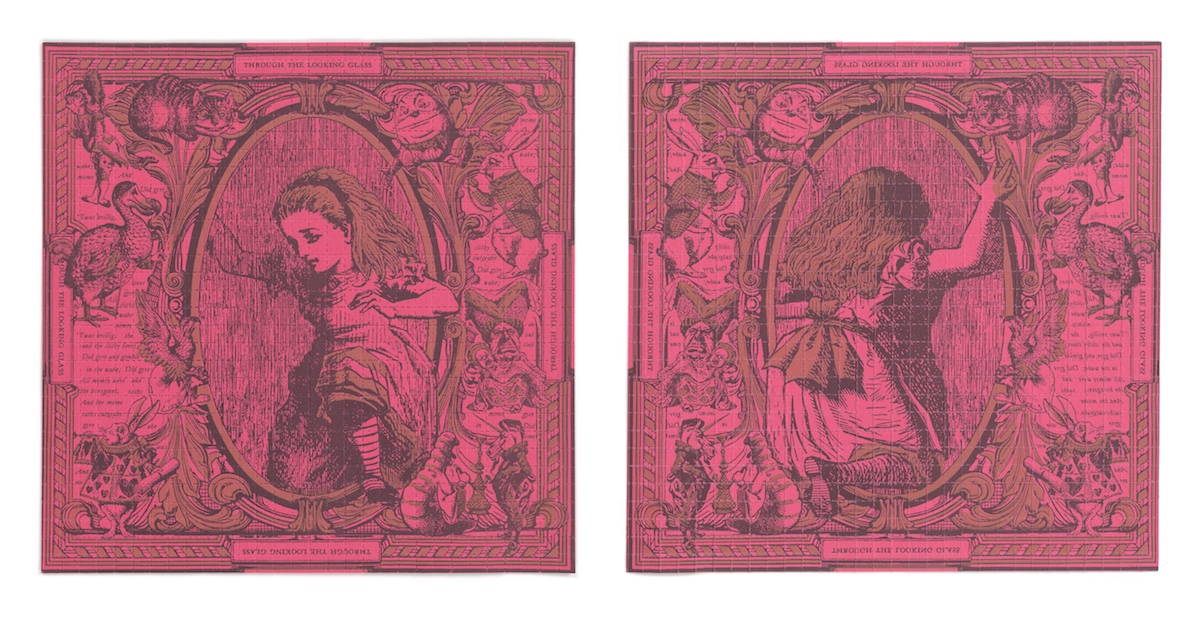 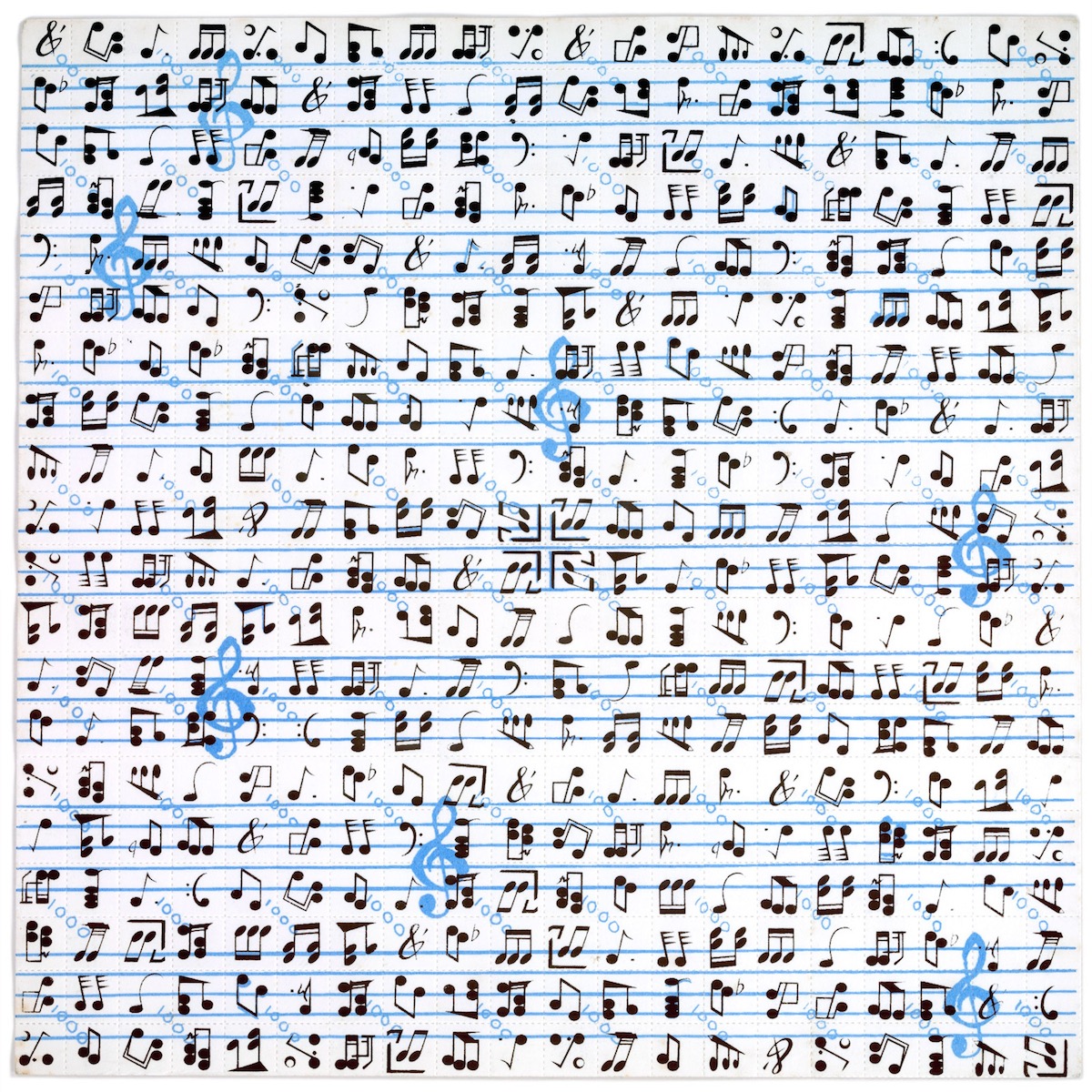 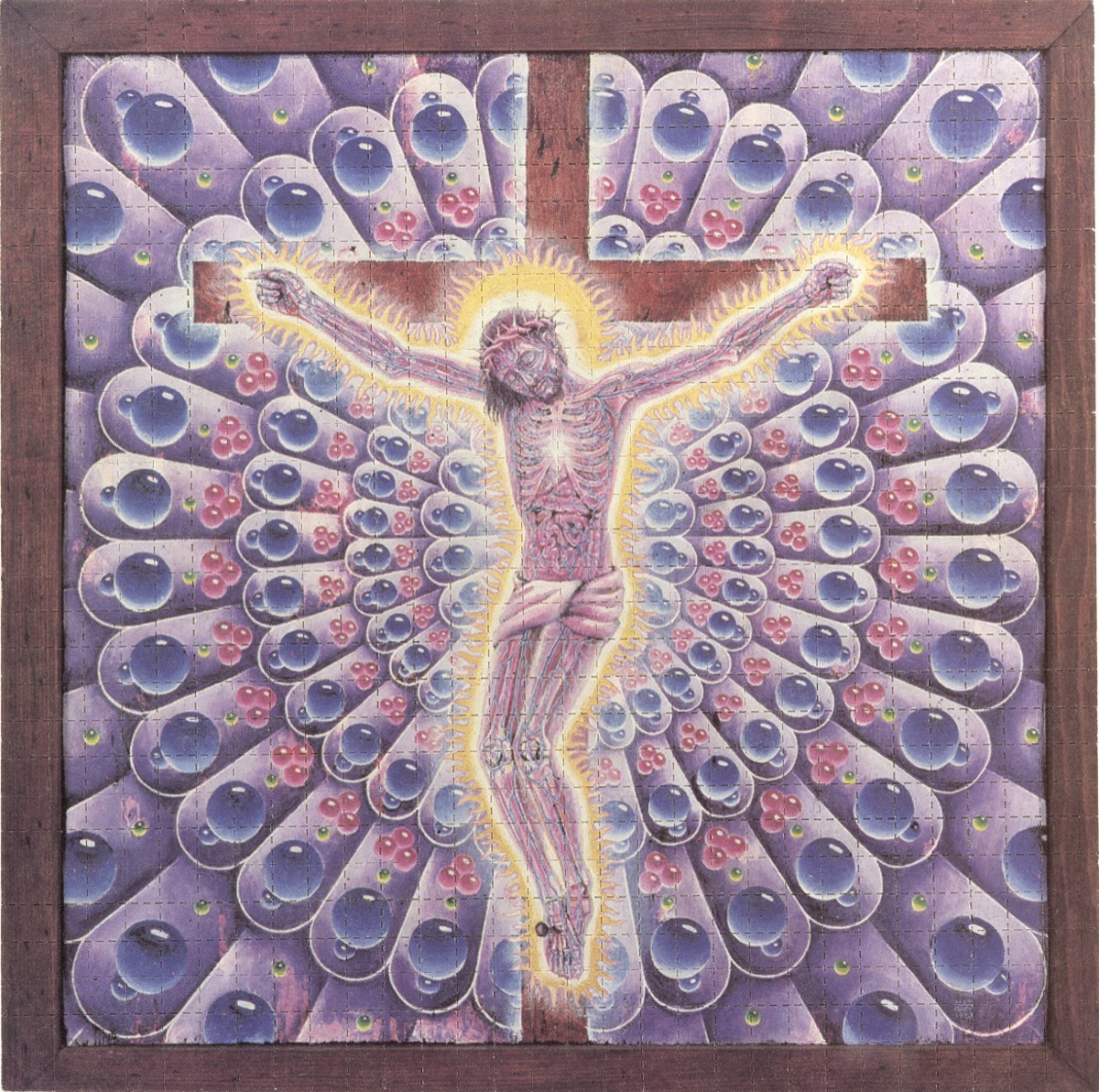 McCloud, who emigrated from Argentina when he was 8, traces his curatorial enthusiasm to high school at the Webb School for Gentlemen, a Claremont, Calif., boarding school. One day, a narcotics officer visited Webb to give an anti-drug talk, and supplemented his sermon with the visual aid of a comprehensive drug collection.

“There were all these little bundles and syringes and pipes arranged in this vitrine,” he says. “I said, ‘Wow, pretty weird.’ ”

At the time, McCloud was an enthusiastic coin collector, and the narc’s stash-in-a-glass-box planted the seed for the collection the aspiring artist would start in 1975, just a few years later, as the festively printed blotters proliferated on the street.

“I had collected blotters before, but [1975] was the first conscious effort to preserve it. The collection lived in the refrigerator for the first eight years–for a long time I didn’t know which way it was going to go,” McCloud says. “I can’t tell you how many collections I ended up munching.” – via Jack Shafer 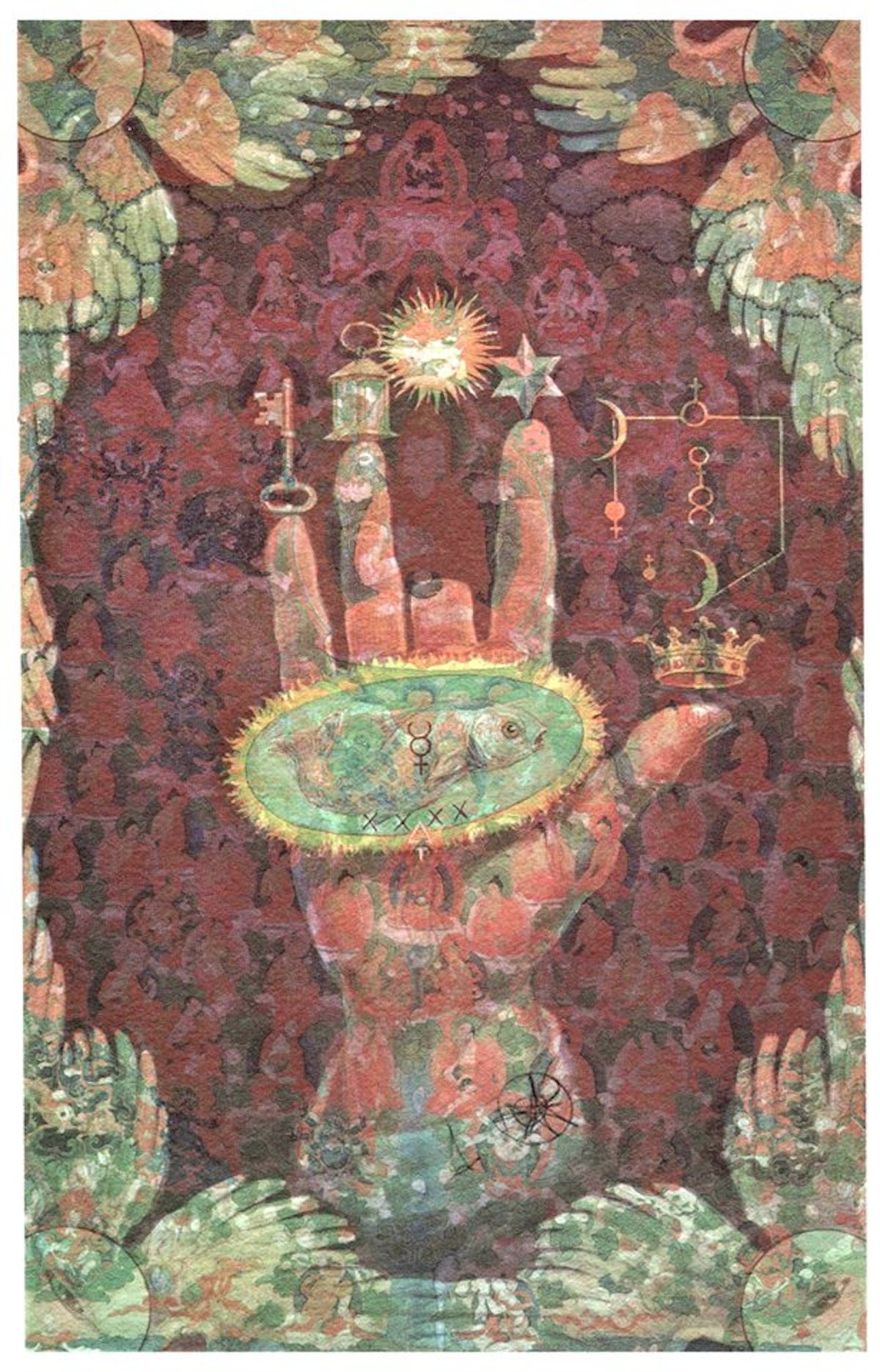 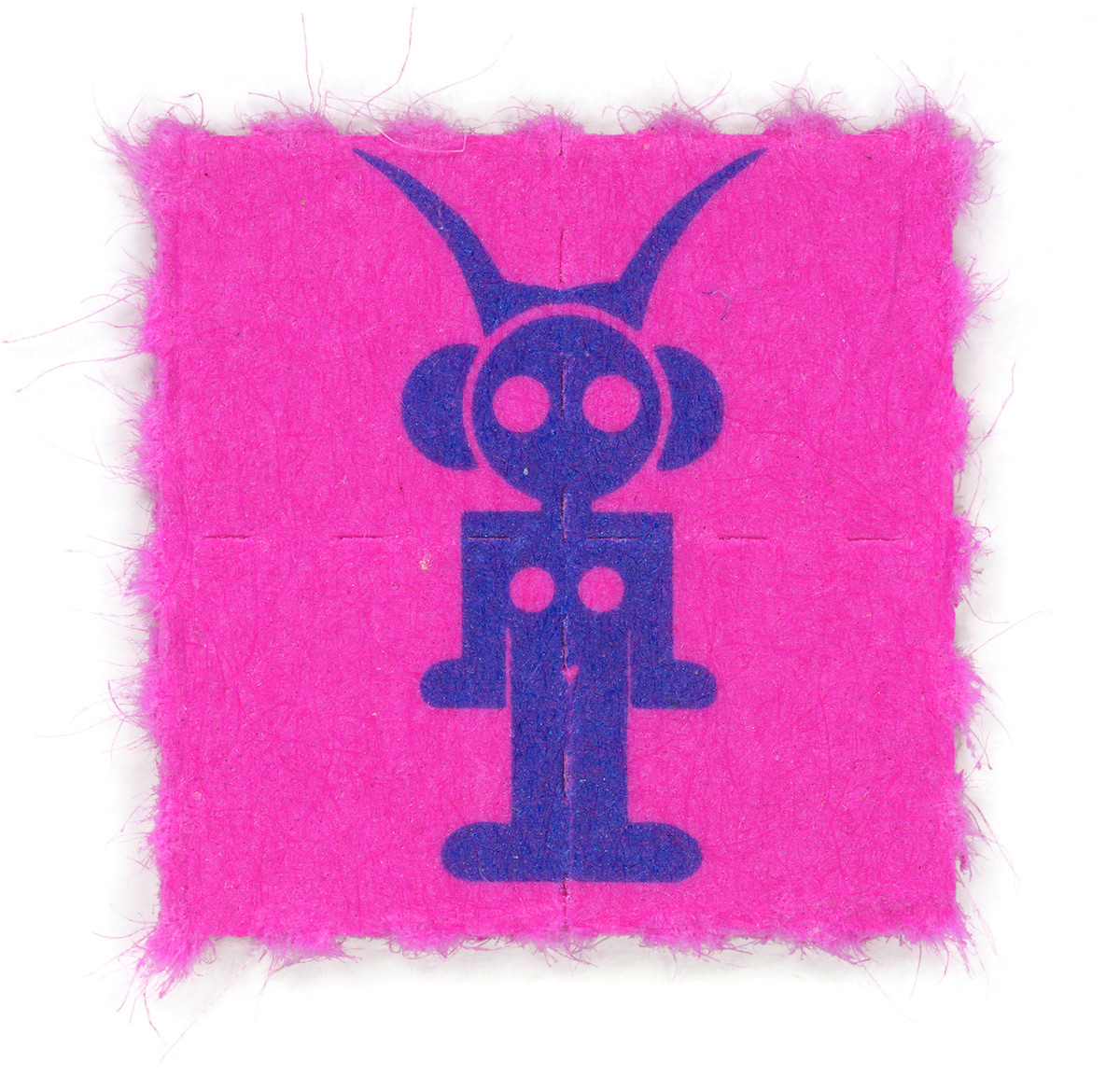 “I let myself vibrate beyond this world, into something different, and that’s when I started my collection for good. At first I kept the blotters in the freezer, but it was problematic: I spent my time eating them . Then Albert Hofmann’s acid was put on the market and I thought, “Shit, I have to fit that. And then like that, I did not risk to consume them. “ 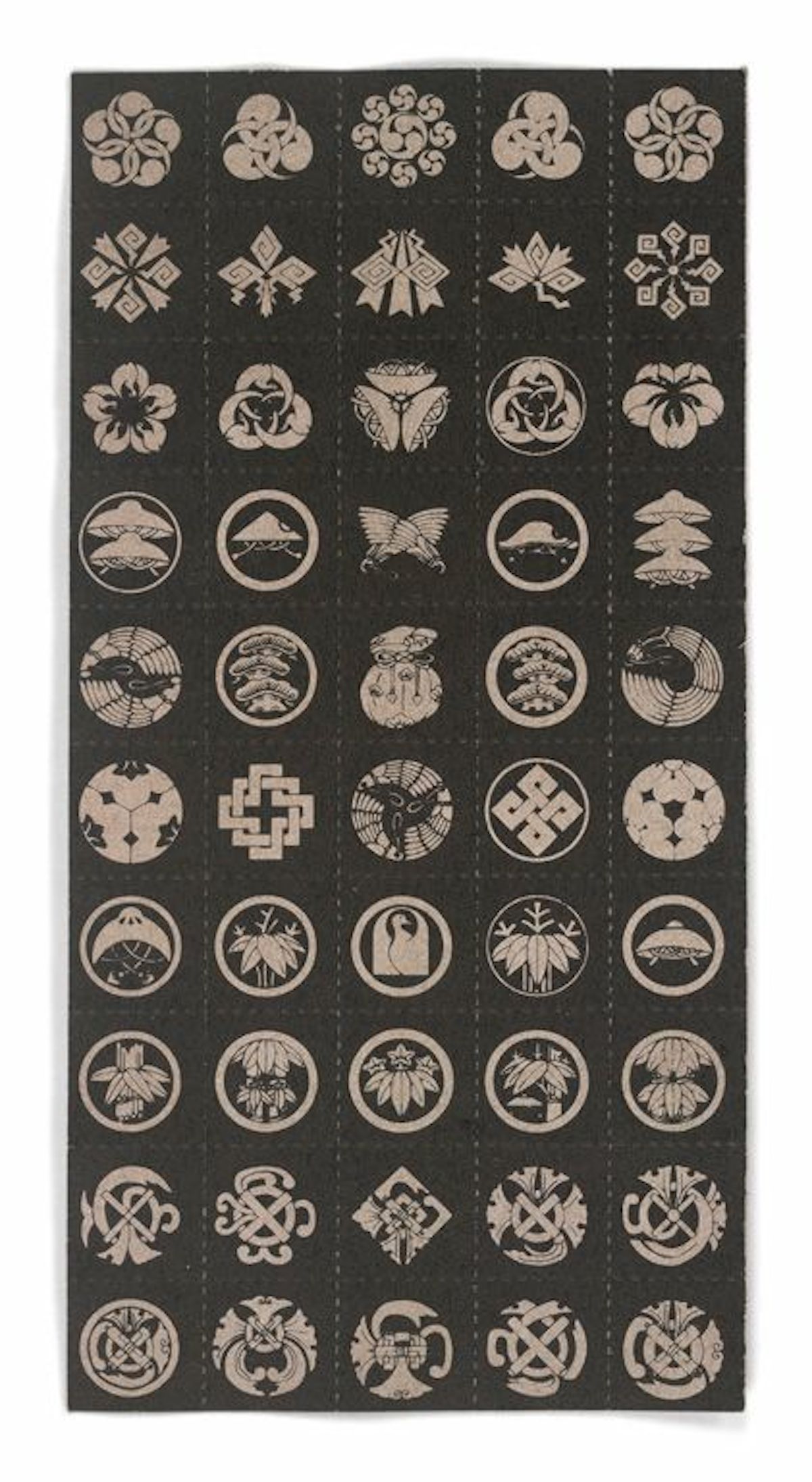 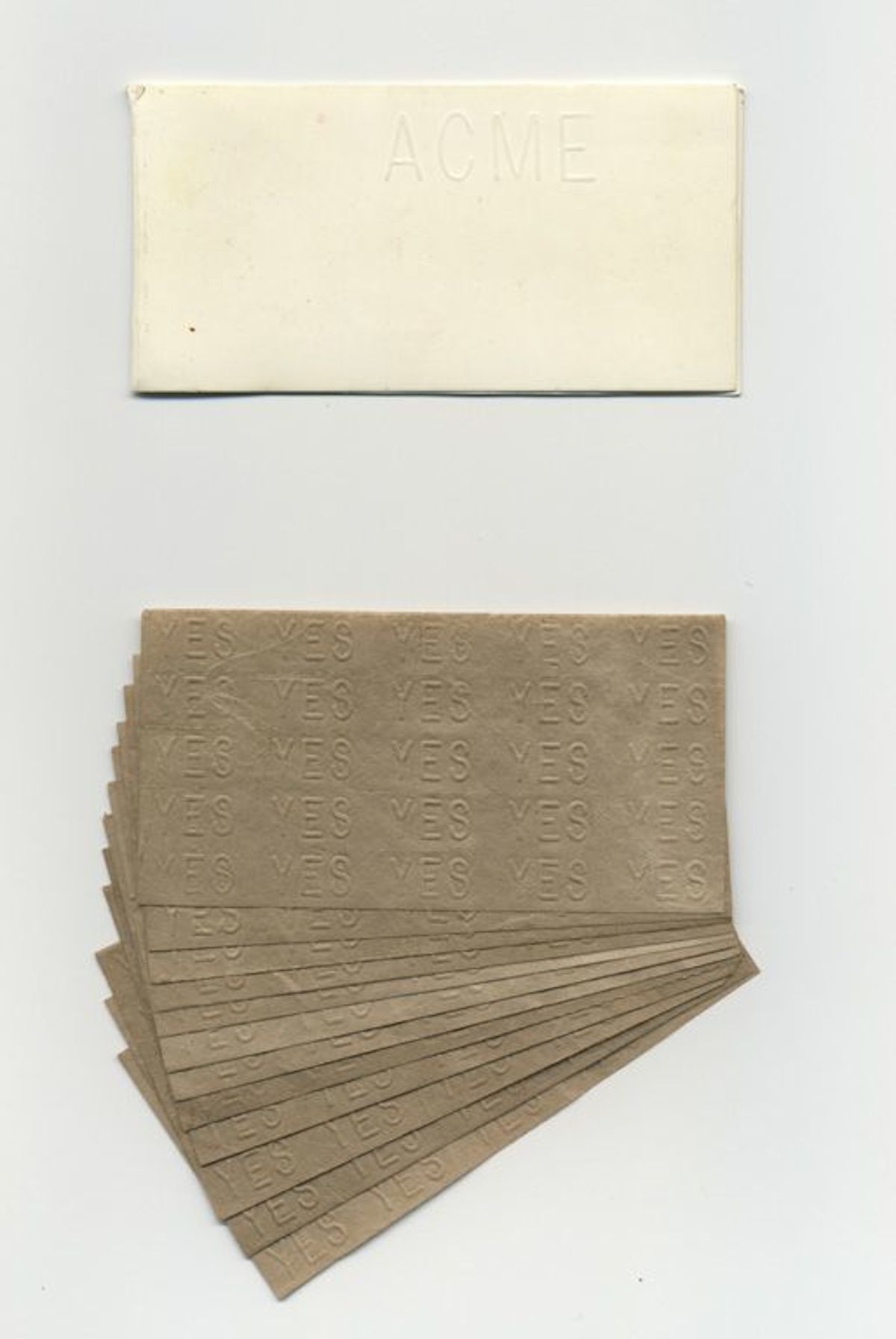 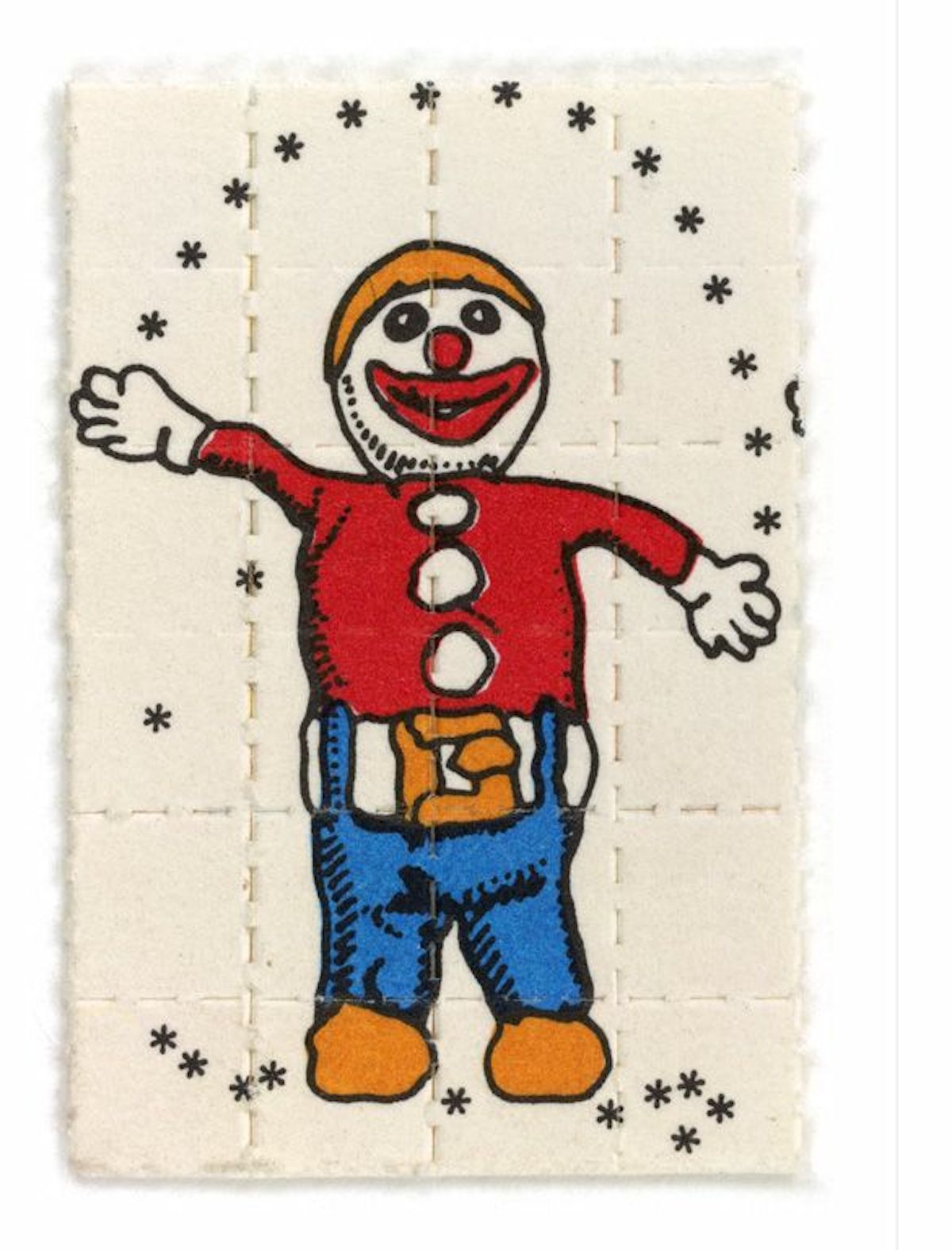 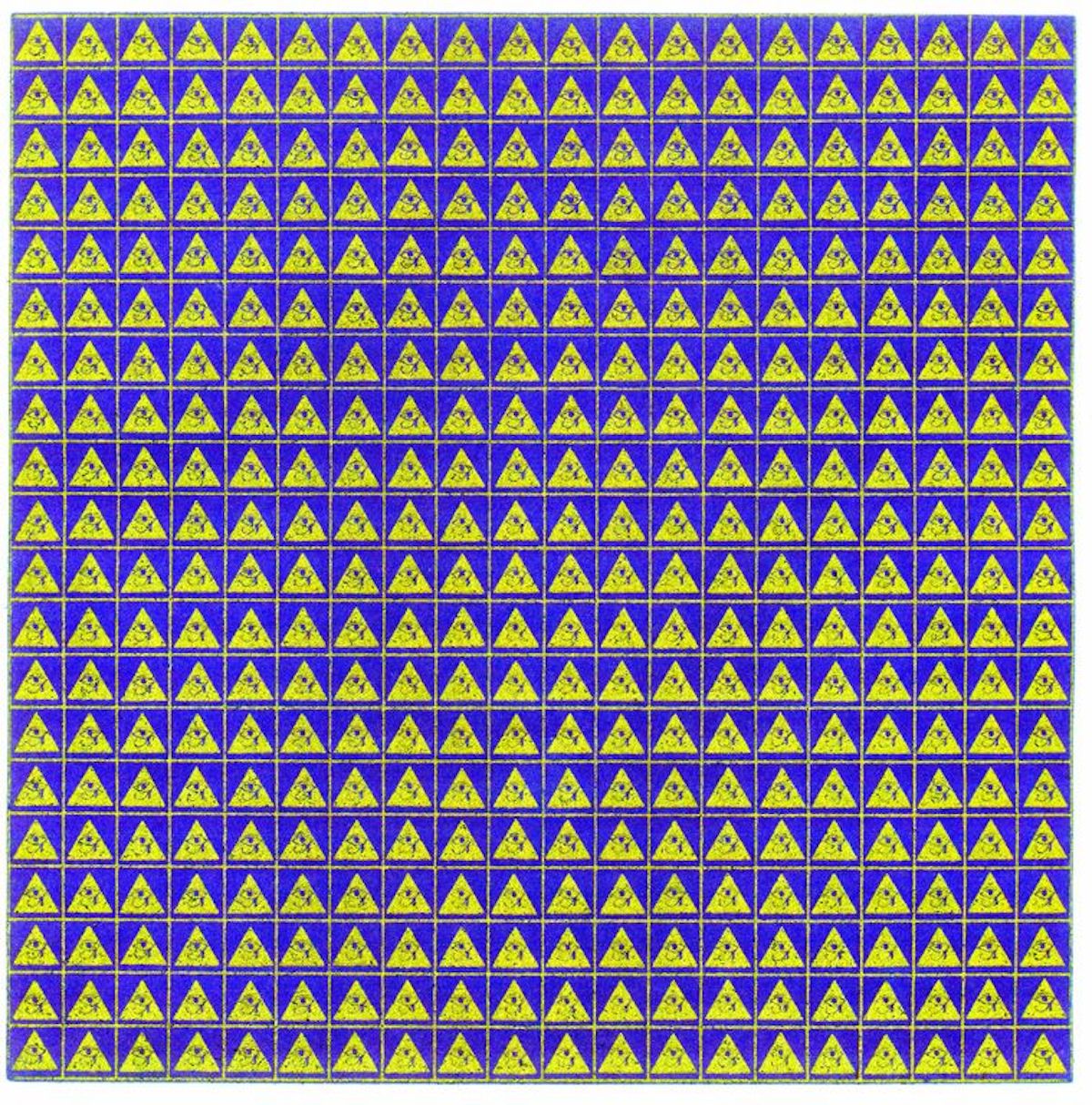 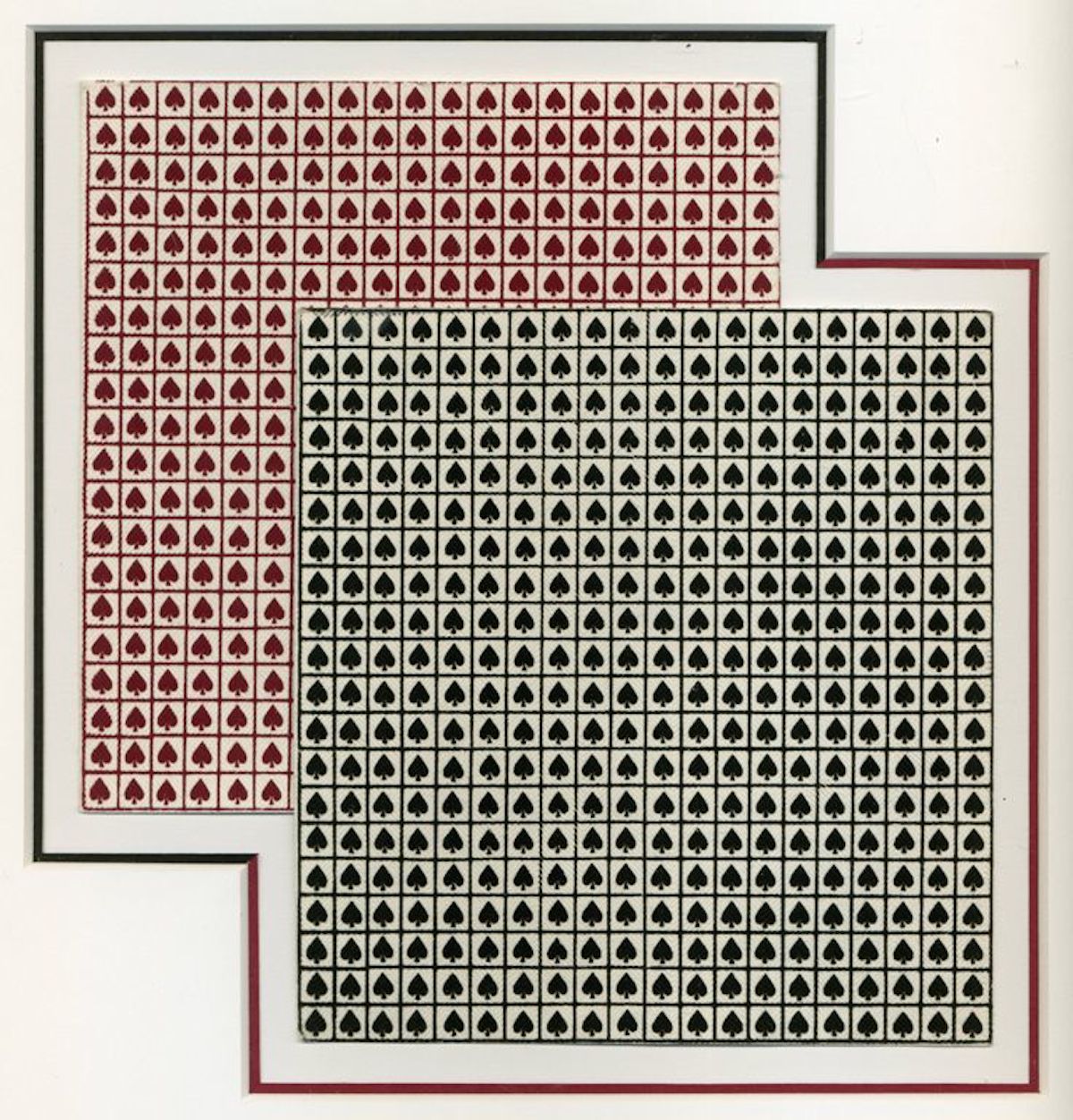 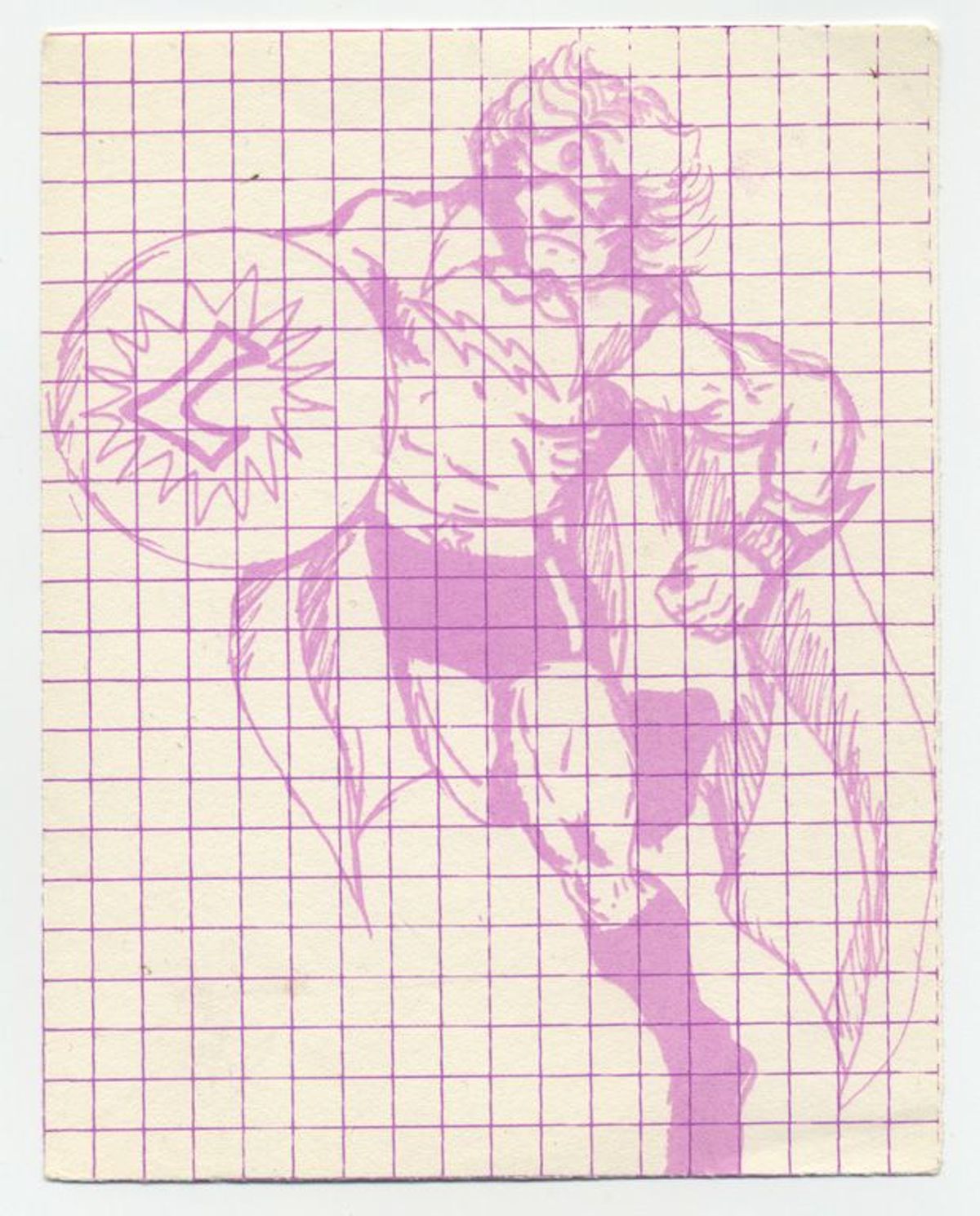 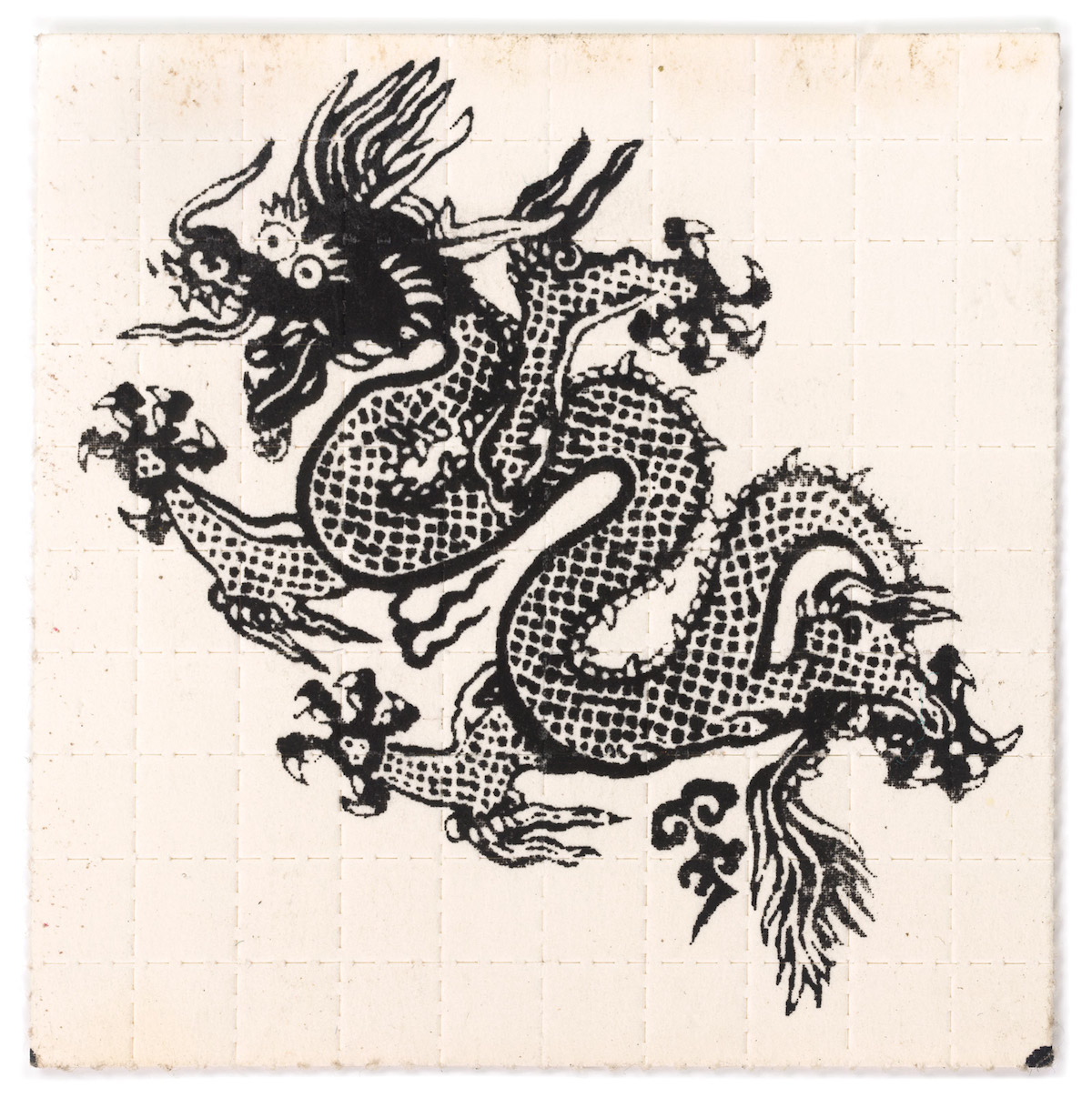 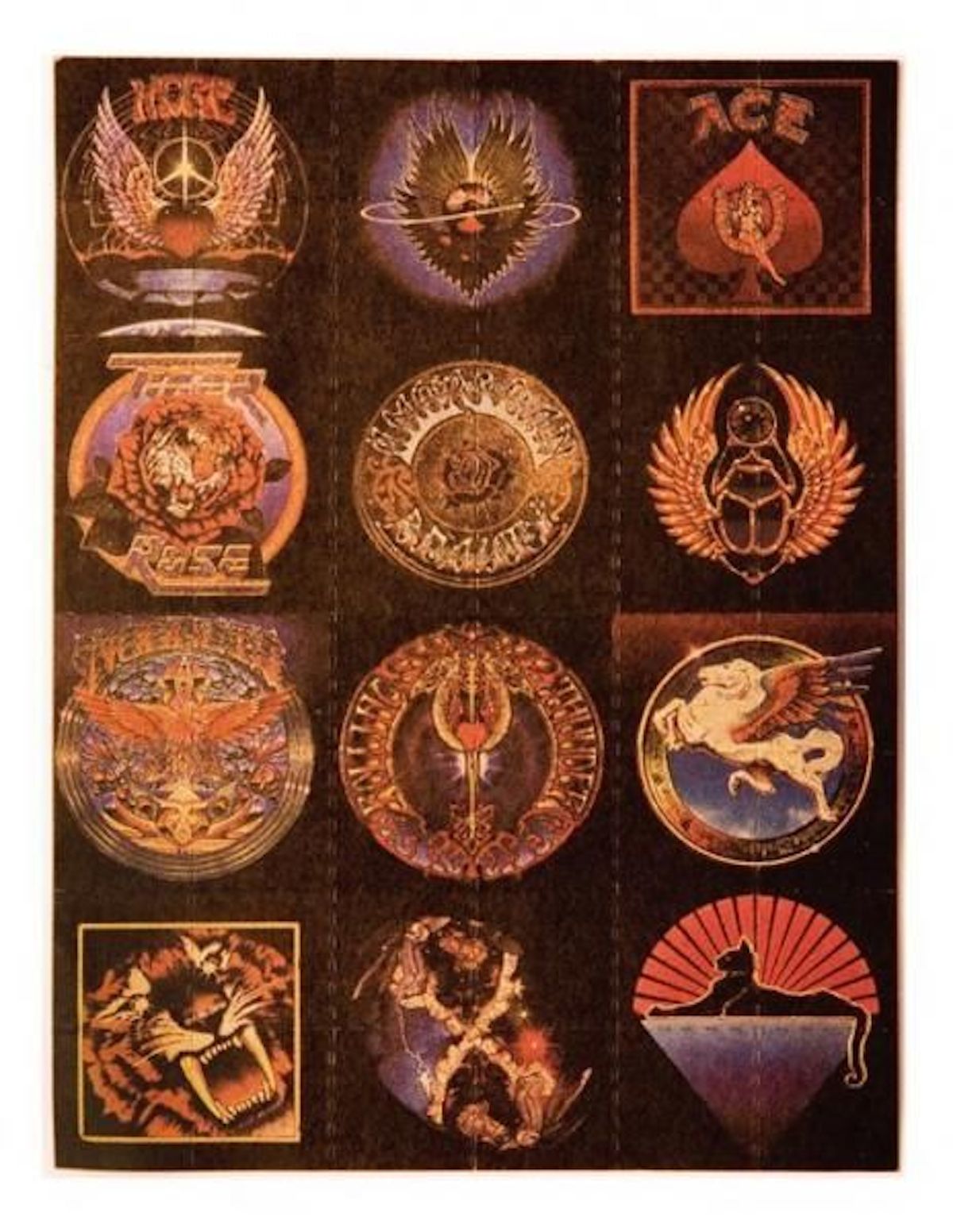 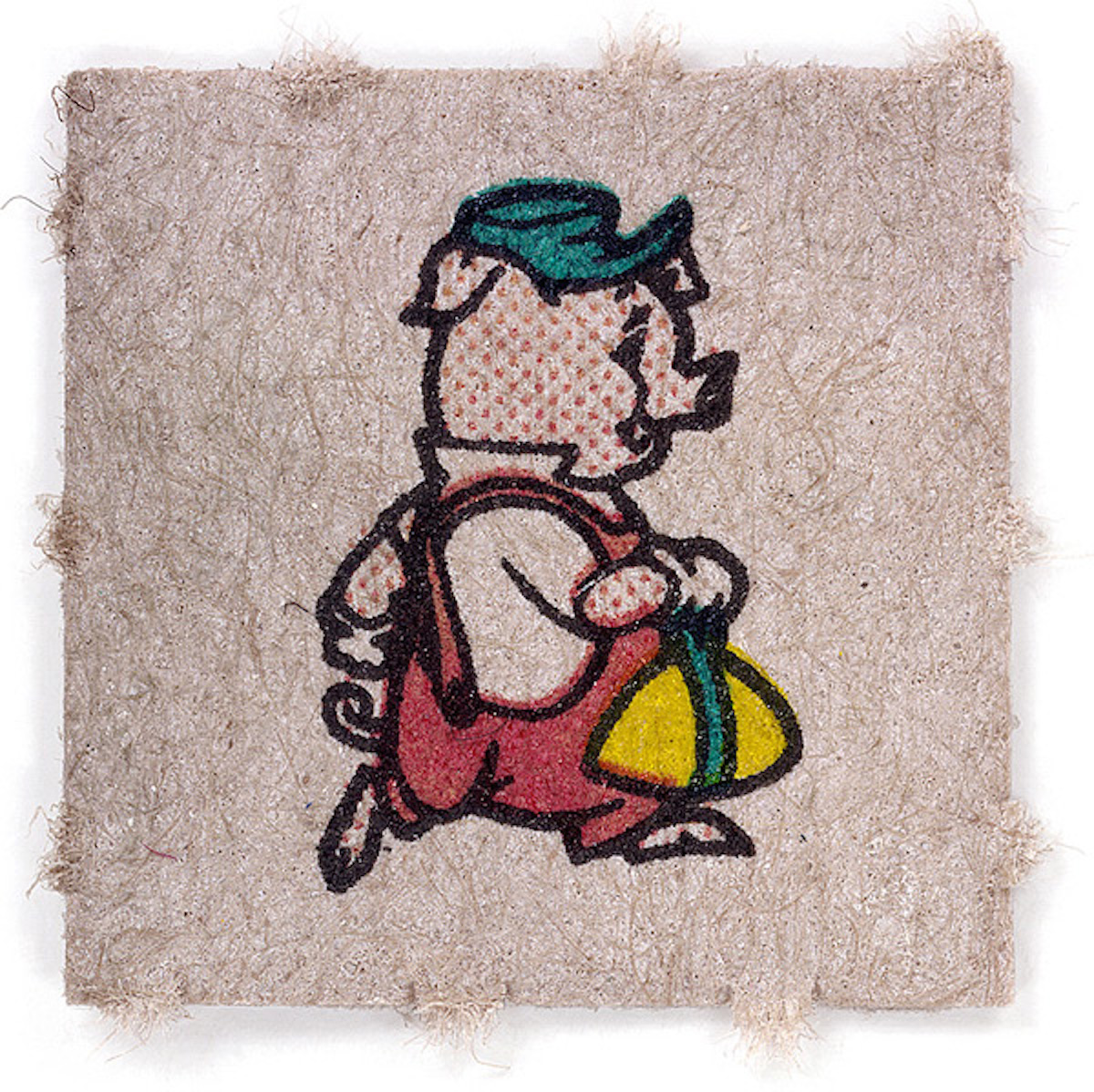 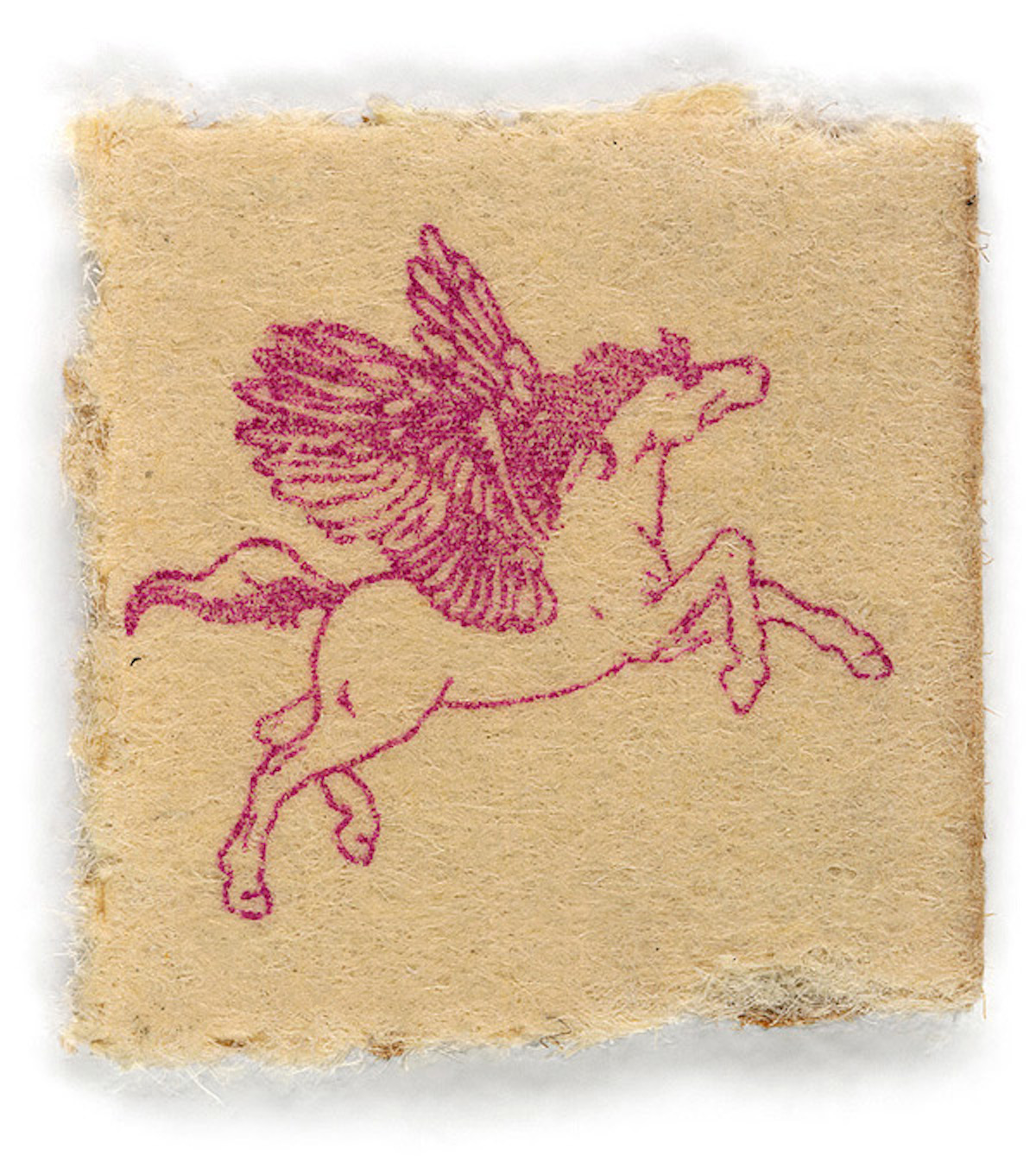 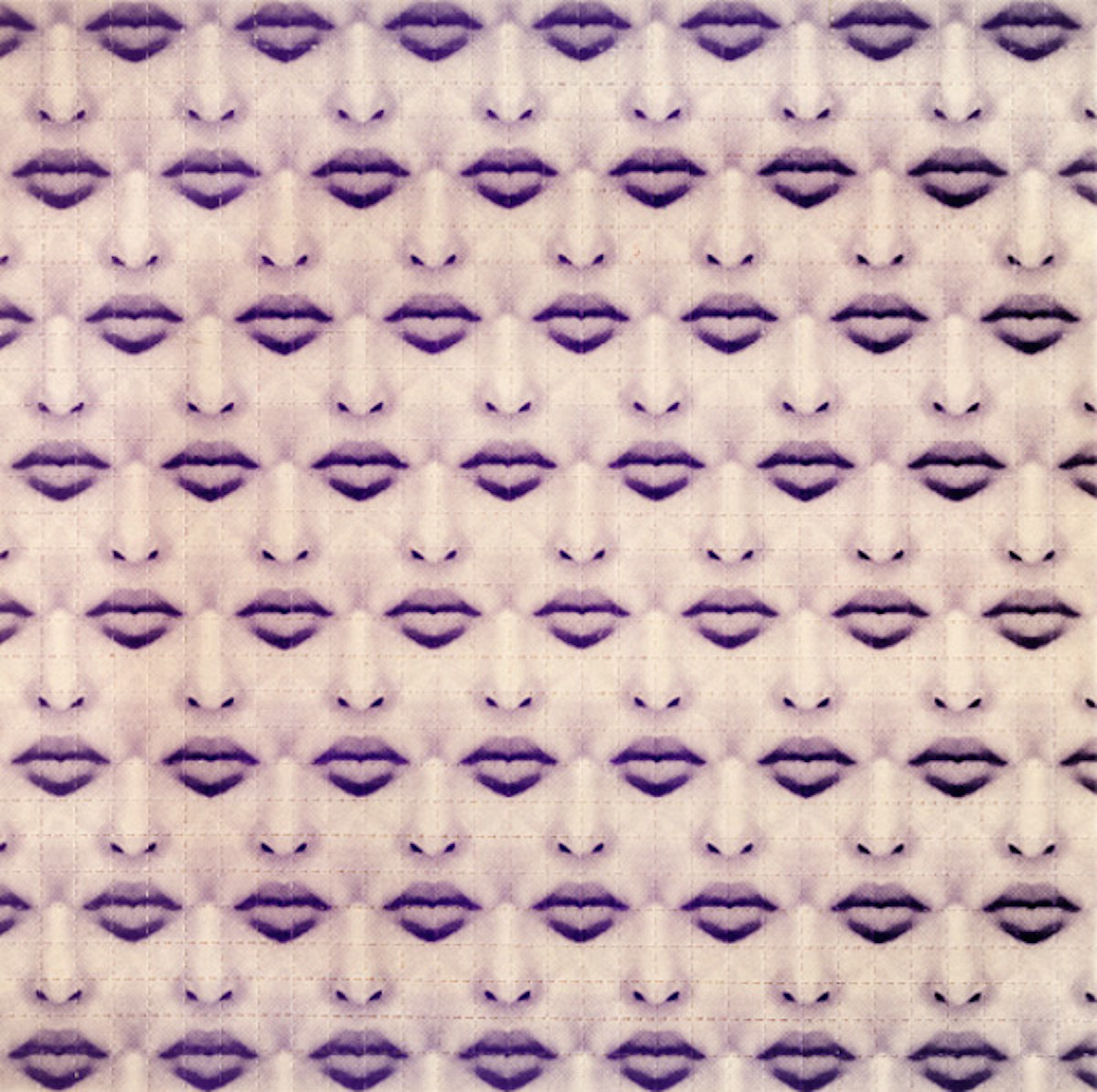 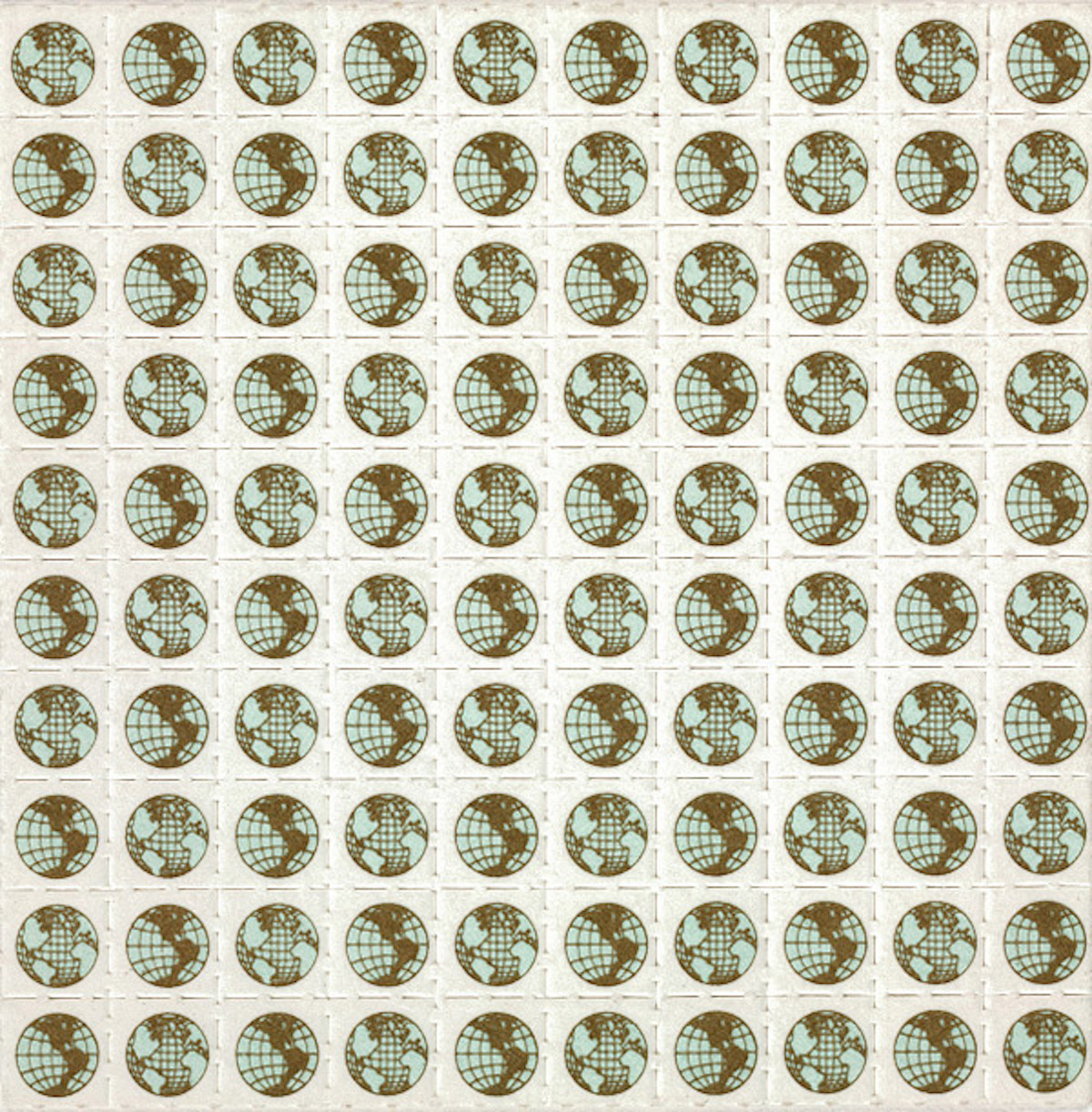 So Zippy the Pinhead is actually Old Ben Kanobie from Tatooine? Cool!

Great find, thanks for posting.

I bet I could turn it into something playable.

Blotter Art. Never would have thought it.

I found this, and think you might enjoy it.

What? No Mickey Mouse?

One of the imponderables was how millions of doses of that crap was manufactured and nobody went to jail. It came out of California, at least at first. A guy named Owsley, chemical warfare is illegal, but that’s basically what it was.

Life in China has destroyed your mind

My heyday in this was middle to late 70's. I remember Mr Natural, Window Pane, Dragon 4-way and I know there were a few others but they're not coming to mind.

Takes me back to my.....formative years.....
Never did much acid or even coke, so I don’t think I fried anything but have seen a few of those sheets at various “soirees”....most at military homes while I was a young troop who hadn’t opted to settle down for what turned out to be a 24 year career....one of them “soirees” was at the home of our head crypto instruction staff while at Tech school. Still remember wondering if I was not in a “Through the looking glass’ world as the guy sat in a chair, his girlfriend on his lap and rubbing him through his pants, as he sniffed the length of a joint and grinned while saying, “I think it’s laced!”
The years right after ‘Nam petered out were a literal trip...when they started pee testing it probably saved me from a lot of future grief.

The best acid I ever had came on U.S. Senate letterhead. Kinda reminded me of the movie “Wild in the Streets”

I was wondering where the Snoopy in his “Joe Cool” persona was... I (vaguely) remember that pattern on blotter from the early ‘80’s...

Don’t see that in the collection.

Something’s wrong, I licked my screen and nothing happened.

Fascinating.
In later years it was just plain white paper, or an eye dropper.

Did you first say "XYZZY"?