The suspect in the deadly shooting at a Maryland newspaper building has been identified as 38-year-old Jarrod Ramos of Laurel, Maryland, law enforcement sources tell CBS News.

Ramos is suspected of opening fire Thursday at the offices of Capital Gazette in Annapolis, Maryland, and fatally shooting five people while injuring several others. He allegedly used a shotgun and was carrying smoke grenades or flash-bang grenades when he was apprehended, police said.

"This was a targeted attack on the Capital Gazette," Anne Arundel County acting police chief Bill Krampf said at a press conference Thursday evening. Krampf declined to name the suspect. "This person was prepared to shoot people. His intent was to cause harm."

Ramos was taken into custody at the scene and refused to cooperate with authorities. He carried no identification and had damaged his finger tips in an apparent effort to thwart identification by law enforcement, sources said. Authorities resorted to using facial recognition software and comparing his face to databases of passports and driver's license photos.

Had a beef with the newspaper.

They wrote something mean about him...and he couldn’t prove it was false.

Hannity won’t give shooter’s name on the air. Why?

Trump must be at fault

I've seen this movie before. 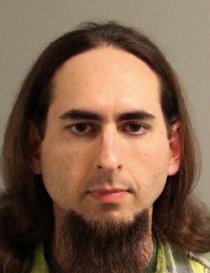 All those leftist scumbag tragedy-vampires hoping for an ar-15 or a way to blame it on president Trump should be exposed far and wide.

You mean it wasn’t right wing hate incited by PDJT?

Early on in the Facebook business, Jarrod got into harassment of some former ‘friend’ (I have doubts that the lady would even agree he was a friend). He made various threats against her and used vulgar talk.

So this dragged on and got into court activity. Misdemeanor charge apparently, but he was forced to seek counseling for his issues.

This newspaper wrote up the facts of the case, and the outcome in court (which was public information as far as I see). Jarrod got all hyped up and felt it was unfair being in the public ‘eye’.

Based on what I’ve read...I’d say this was a guy who could not handle Facebook, social media, and sitting there for several years contemplating ‘pay-back’. I will be curious to know what his occupation was for the past couple of years.

Was it “The Three Amigos”? Definitely not “The Three Musketeers” or “THe Three Mousketeers”. “Zorro”?, “Elfago Bacca”? “Cisco Kid and Pancho”? How about “Jim Acosta, the Scourge of the Airwaves”? Half of Geraldo Rivera?

If none of the above makes sense, you are right.

Now let’s wait for the full truth to come out.

Apparently he aspired to be a goat.

Worked in computers for the Bureau of Labor Staatistics

I guess so and yes we have!

Are trying to be funny, or did you just miss my point? :-)

We should at least wait for the NBC-edited 911 calls.

Irrelevant; he is a native born American citizen; degree in computer engineering; not affiliated politically; a social failure, criminal, and now mass murderer.