The dominant narrative of modern Middle East history emphasizes European colonization and accepts as a truism that the former colonial powers prioritized the protection of their material interests—in oil, above all—above the dignity and self-determination of the region’s inhabitants.

--Thus did botched decolonization result in endless instability...Thus did the region become a breeding ground for radicalism, intensified by Cold War rivalry between the superpowers, who replaced the European colonizers as the region’s meddling overlords...Then came Mikhail Gorbachev—a Westernizing reformer. At last, the Cold War was over. A new world order was at hand.

What if this conventional wisdom is nonsense?

Russian exile Pavel Stroilov argues just this in his forthcoming book, Behind the Desert Storm. “Not a word of it is true,” he writes. “It was the Soviet Empire—not the British Empire—that was responsible for the instability in the Middle East.”

All of its major conflicts were caused by Soviet expansionism, fomented by the Soviet empire, particularly in the final years before its break-up.

Terrorism and the rabid anti-Israeli animus of the Arab world were Soviet inspirations. And the revolutions we are seeing now were inevitable, for the Soviet client states were socialist regimes, and sooner or later socialism exhausts economies and thus the patience of the people who live in them.

The events he describes have had a significant impact upon the current state of the region—from the conflict in Iraq to the Israeli-Palestinian peace process, to the development of a de facto alliance between the European Union and the Arab states.

The Arab Spring was the “final act of the Cold War"...

A long article, but an enthralling read.

"The Soviet Union, given the capabilities it has, is also prepared to contribute to the unification of the Arab ranks. Of course, our enemies won’t miss the opportunity to present our honest efforts as “Moscow’s conspiracy,” so we should act accurately and carefully. In any case, you can count on our support...A success of this cause would be a great historic victory with tremendous consequences."

Stroilov, on Soviet aspirations for Israel.

"Though not as good as the Gulf oil fields, Israel would also be a big prize. It was the only democracy in the region, the strongest military power in the pro-Western camp and, indeed, the bridgehead of the Western world. Even more importantly, the very process of crusading (or jihadding) against Israel offered fantastic political opportunities. A besieged Israel effectively meant millions of Jewish hostages in the hands of the comrades, and the threat of genocide could intimidate the West into making great concessions in the Gulf or elsewhere. On the other hand, by making the Israeli-Palestinian conflict the central problem of the Middle East, the Soviets could exploit Arab nationalism, anti-Semitism, and even Islamic religious feelings to mobilize support for their policies. Indeed, under the banner of Arab solidarity, the socialist influence in the region grew far beyond the socialist regimes and parties."

The code-name for this operation against Israel, according to Gen. Ion Mihai Pacepa, the highest-ranking defector from the Soviet Bloc, was “SIG”—Sionistskiye Gosudarstva, or “Zionist Governments.”

Disinformation nonsense. The oBamamroid regime is the evil behind ‘arab spring’ and HRclinton. Now they spew a shaft of lies trying to change the truth which indicts them.

Yes, the Soviet Union and its globalist, Marxist ideology, was an aggressive, evil empire.

Thank God it collapsed 27 years ago.

Brennan has his henchfiends hard at work still.

4 posted on 04/10/2018 9:07:54 AM PDT by MHGinTN (A dispensational perspective is a powerful tool for discernment)
[ Post Reply | Private Reply | To 1 | View Replies]
To: MHGinTN
Disinformation nonsense. The oBamamroid regime is the evil behind ‘arab spring’ and HRclinton. Now they spew a shaft of lies trying to change the truth which indicts them.

Soviets couldn't offer their flunkies the cash like America could so Egypt flipped.

Saying Mubarek was a secret Soviet is more than a bit of a reach.

Indeed PGR88, the Soviet collapse has been lamented by Putin in all his most recent national addresses to the Russian people. Complete with video footage of Russia’s current nuclear capabilities. In 2018 alone.

Just before election night, Putin said if he could reverse the collapse, he would.

And MHGinTN, why is it a surprise that Barack and Hill would carry out the Soviet legacy instead of serving our interests?

The article also details transcripts of dialogues between Bush, Mubarak, and others...

The Soviets also armed Arab states and fomented the Six Day War. They lament the fall of their evil empire to this day and put their highest hopes of incrementally conquering the world in another rise of the same empire with a bit of a fascist twist and a different name. It’s their mind. They think differently.

I think the author of the article has more facts and information for his position than you do for yours.

We could save a hell of a lot of money by sending those countries ZERO and lowering the amount of money we send to Israel at the same time! 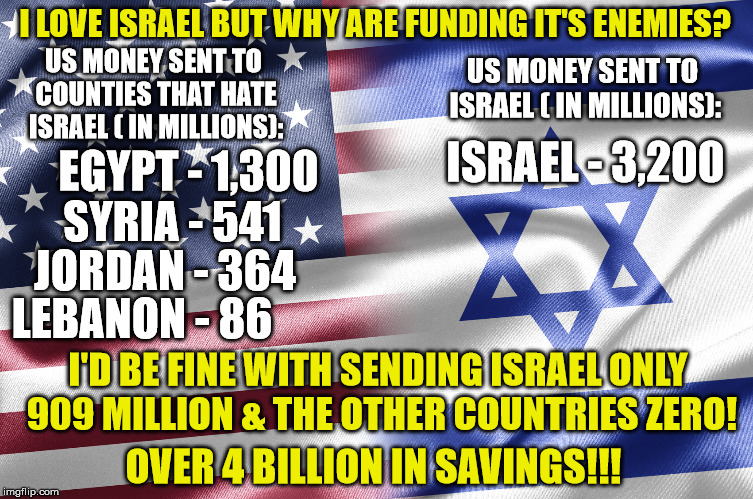 We really are being taken for a ride by people spending other people's money.

It all started with T.E. Lawrence.

It died, but unfortunately, it re-seeded itself and those seeds are growing strong right here in the USA. and what makes you think their own deep dtate isn’t capable of doing the same? where you do you think OUR deep state learns its antics from?

the revolutions we are seeing now were inevitable, for the Soviet client states were socialist regimes, and sooner or later socialism exhausts economies and thus the patience of the people who live in them... The Arab Spring was the “final act of the Cold War"