Thank you to the FReeper who gave me permission to post their content as the following Q Anon thread:

Well, welcome to the new Parallel Construct that Trump has create for us!

At first, I was so skeptical....I thought that ‘Q’ really was a tin-foil hat exercise made up by frustrated people.

But, the more I see, the more it all makes sense.

‘Q’ has posted many pictures that are subtle, yet undeniable confirmations of place-based insider knowledge.

Q’s images are too numerous to mention here, but I would be glad to pull a sample together for you upon request.

Long story short....I have come to believe that Trump was recruited by our military patriots to run for POTUS and that he has full support of the Military Intelligence branch of our government, the branch that was the last hold-out against Obama’s infiltration and that remains intact, now led by General Kelly and Admiral Rogers....and by many other unspoken military hero patriots.

I do believe that MI has the upper hand on Obama’s efforts to infiltrate our intel institutions.

Do read the article by CTH on this topic and scroll down to see an image of Q:

Trump, with his genius for knowing the public media circus inside and out, coupled with his full access to Military Psy-Ops....now has a “KICK ASS ADVANTAGE” over anything that Obama and his numb-nuts circle could have ever dreamed..because they never dreamed that they would ever, ever lose power....and therein lies their weakness that Trump and Co. aka Q are now exploiting to the hilt.

Trump plus the full force of Military Psy-Ops??? Give me a break....Think about it....Can anyone compete?

As well, by dropping ‘crumbs’ Q is actively enlisting our citizenry to participate in collecting data, posting information and coming to conclusions that could never occur with the steady ‘Soylent Green Diet” fed us by the MSM, including Fox.

As well, Q provides a mechanism for patriots who are stuck in positions where they see things, know things but cannot do anything about it....so Q has a secure drop for them...so that they can report what ‘Deep State Bad Actors’ are doing to undermine our Rule of Law, our Constitution.and our National Security

All in all, Trump and Q have tipped over the tables......They have empowered our anonymous citizenry, now called the “Army of Anons”, ..or Anons...to participate in a way that we have never been able to do.

This war is not about guns or bullets. It is about the control of information and of the conversation.

Therefore, it has now become a “Meme War”...that is the battlefield for now....because that is where most of our populous spends its time...on Twitter and Facebook, etc.

Sad but true....Like it or not, this is our contemporary reality...So, our offense now consists of “Memetic Spread” as our most powerful tool.....

For instance, JayZ tweets that Trump is this or that....Trump responds to JayZ with a kill shot...framed in a rap cadence...

And, suddenly, the Army of Anons have ‘Twitter-Bombed’ JayZ, so that any of JayZ’s followers might stop and say “hmmmmmm........maybe JayZ is wrong”

See Scott Adam’s thread on this response to JayZ’s disparagement of Trump.

And sadly....this new way of thinking and communicating is true...it’s a new world out there, whether you like it or not.

Red Pill, Blue Pill and Normies. This refers to movie The Matrix...where people who take Blue Pills want to stay in denial of reality....Normies are normal people who just go around, clueless....and Red Pills are people who want to face reality head on..no holds barred.

So....Trump has broken a barrier by creating this parallel communications contruct, called “Q” that leaves all that we have known in the way of information dissemination behind.

And it is our job to “Red Pill” everyone, via Social Media, so that our country ‘wakes up’ before it is too late.

TOPICS: Miscellaneous
KEYWORDS: delusional; fantasy; gullibleqtards; q; qanon; russianpropagandists; russianpuppets; russianstooges; russiasucks; somekidinbasement; tinfoilwonderland; trump Navigation: use the links below to view more comments.
first 1-20, 21-40, 41-60, 61-80 ... 341-348 next last
I admired this FReeper's post on another thread and asked them to post it as an OP. Modest FReeper didn't want to post it but gave me permission to do so. I believe it can assist those new to Q topics understand why we are following the Q drops.
1 posted on 02/01/2018 6:51:13 PM PST by ransomnote
[ Post Reply | Private Reply | View Replies]
To: ransomnote

I came across an excellent post regarding Q that I found interesting and obtained permission to make a thread out of it.

I’ve posted this before of Trump at Davos. It is just obvious to me that he’s warning and maybe toying with the bad guys.

“Does everybody understand that? I think so.”

In MA it’s difficult to talk politics to people. Most of them just start screaming insults.

But I’ve been using some of the Q stuff to get people thinking. It’s a strange world. So many things don’t make sense ... or do they?

I want to post to the anon thread, I have been following but I have some ideas that I would like to get to the top folks to see if they can absolutely tear the heart out of the MSM and all the social media platforms out there and give the president what he wants, a new way to reach all Americans free of the censorship endemic today

God Bless and keep you always

Anyone who doesn’t understand that Q is some 14 year-old kid sitting in his welfare housing basement getting his jollies making some foolish FReepers looks like idiots is not smart enough to be allowed to cross busy streets without Mommy or Daddy.

Those who say “they know” on the internet, do not!
Those who do know, keep their clearances by keeping it to themselves.

Of course, it might not be a kid. It could be Eschior!

Step up, anon, and accept my handshake. You are most awesome. Every freeper needs to read that post. It needs to be an article on Breitbart, Fox News webpages, the New Yort Times. The normies on this website and the outside world need to all read this. It can help unplug them from the matrix and get them in the fight.

VERY well done, modest person. You can captain one of those matrix ships and haul Neo around. Can we get more of this good stuff from you please?

Nice article. There are lots of blue-pillers here on FR, it turns out.

For those who cannot decipher Q anon messages there are many you tube sites that now discuss them. I suggest watching more than one. (Two heads ARE better than one)

“All in all, Trump and Q have tipped over the tables......They have empowered our anonymous citizenry, now called the “Army of Anons”, ..or Anons...to participate in a way that we have never been able to do.”

So, even if Q wasn’t genuinely in the loop and I’m not saying that, he/they are still of great value.

I believe you’ve got it,welcome to the party. 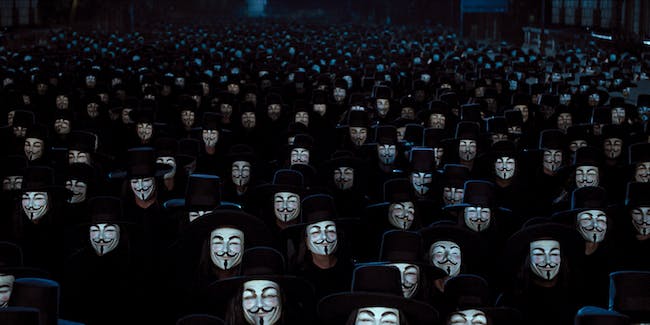 Also, another helpful tip for patriots from a FReeper to patriot Tweeters:

For those of us not on Twitter, that site uses “shadow-banning” to conceal Tweets by conservatives- only the person who Tweeted it sees it and falsely believes everyone can see it, too.

And FReeper tiki sent me this delightful little note that makes me wonder if the freezing of assets, cuts in Saudi funding, and/or Q drops are having an impact on the DNC and RNC:

“I was just reading that the DNC has less than 1K in cash and 6 million in debt. It said they were just 200K from insolvency.

It wasn’t that bad before the Alabama Senate race.

It surely looks like the big money donors have been put out of commission.

Oh, that is a pretty loaded clip! Loved it - check out the President’s body language - yikes

15 posted on 02/01/2018 7:07:11 PM PST by atc23 (The Confederacy was the single greatest conservative resistance to federal authority ever)
[ Post Reply | Private Reply | To 4 | View Replies]
To: ransomnote
The military did NOT get Trump to run!

Ronald Reagan told Trump, decades ago, that he should get into politics! And Trump has been mulling running for president for an extremely long time!

Obama and his administration, combined with decades long government regs just finally "got" to him, so he threw his hat into the ring.

This guessing game and making up fantasy stories, and then claiming that the fiction is "true", is infantile!

OK, so if you scroll down there are many pictures. Which one is he saying is Q? CTH has never mentioned Q that I know of.

Awesome - “My generals... does everybody understand that? I think you do.”

Everyone should watch that short clip.