Trying to find info on some bits and pieces that I've seen in other replies on some of the Dallas Threads.

Did the police use a robot to deliver a bomb to take out the dead perp? Or did the perp have a bomb that detonated?

I guess u would rather risk the lives of more Policemen or civilians.

Good riddance to the thug by any means available.

21 posted on 07/08/2016 8:45:05 AM PDT by tennmountainman ("Prophet Mountainman" Predicter Of All Things RINO...for a small pittance)
[ Post Reply | Private Reply | To 2 | View Replies]
To: Theoria
Could have been a ‘entry device’. Slag for bomb. The Philly police used a couple in 85’ to gain entry to the black power MOVE group holed up in a house. They ended up burning down 65 houses from the resulting fire.

That incident described by the great columnist of the Inquirer, Steve Lopez, as Mayor Wilson Goode being the first mayor ever to use the Air Force to evict someone.

Unfortunatly, Robert made the mistake of thinking that even though he was perfectly legal to do what he did, he took no precaution to alleviate suspicion from the neighborhood block captain that he was a terrorist.

When moving guns from the house to the car, wrap them in blankets and carry them like they are something other than what they are. Just a precaution to keep stupidity from happening.

I agree with you. Cops have too much power and this is what the military would do.

The cops seem to love to use flash grenades. Even when kids are present. Why not put a flash grenade on the robot?

R2D2 gave up his life so that we could be safer.

I do not like Thugs, more so then most FReepers for a couple reasons but I do wary giving the Government more power, it can get abused.

The only difference here is they used a robot to observe him and deliver the hit. Instead of forcing the cops to run into gunfire or throw a grenade where they can’t see

While I applaud the results - dead a hole - I'm not comfortable with the police resorting to bombing suspects. It certainly gives food for thought on the militarization of the protect and serve guys...

Cops said they sent the bomb in with a robot.

The real question is what brand of fried chicken box was the bomb in?

The idiot probably wanted the cops to deliver him pizza during the standoff and got a surprise when he opened the box.

Sure, but every power we give the government will be abused and turned against us eventually. It’s inevitable.

So if we give them power to use drones to kill the bad guys, it’s only a matter of time before they turn those drones on not-so-bad guys.

Glad you asked that question. 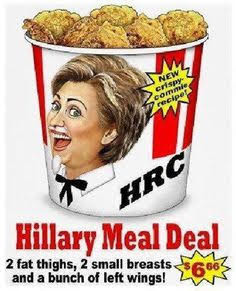 Did the robot read him his Miranda rights first?

I would like to see the video which was taken from the robot.

Flashbang with bottom screwed off will kill ya at close distance.

I don’t really understand this. He is surrounded by police. They send in a robot. I get it. But why a bomb on the robot. A camera, a dart, tear gas, I get that. But Why blow him to smithereens when you have him surrounded.