I just posted it to show what kind of idiot lives in the most conservative county in Florida. There is BS like this daily in our local newsrag.

I agree, it gave that appearance. I have it from someone
who worked directly with him on his campaign that I know
from a 2nd amendment group that he was warned that his wife
would be the next target of slander. If someone threatened
my wife I would probably drop out too. (I would cut their
throat later)

Well, I'm certainly not pro-Romney, but there are a few differences. (1) He is a captilist, not a marxist, (2) His mind can be changed, (3) He is more likely to get the economy moving, (4)He does have a few morals, and (5) There is at least a chance he can be influenced to do the right thing

The Devil himself would be better than Obama

That sums it up nicely...and why I'll execute my tag line

The enemy in the political sense is liberalism, whether it’s Romney or BHO, that’s what must be defeated.

126 posted on 05/06/2012 7:51:31 AM PDT by svcw (If one living cell on another planet is life, why isn't it life in the womb?)
[ Post Reply | Private Reply | To 120 | View Replies]
To: tomkat
However, tho having recommended thus, I continue to loathe Romney as the slimey untrustworthy chameleon that he's shown himself to be.

I happen to think they're all slimy, untrustworthy bastards and they should all be hanging by their necks on the steps of the Capital.

Since I'm apparently one of a very few who thinks that way and there aren't enough of my fellow brethren (yet) to join me in accepting and executing that task, I'm stuck with a lesser of two evils this election. One is evil personified (Obama) the other is an evil Chameleon.

Picking between the two, the evil chameleon wins if for no other reason than there's some slim chance he may actually do something I approve of, as opposed to the current sock monkey/George Soros controlled puppet who's deliberately destroying the country.

In the spirit of my Lord and Savior this Sunday, Peace to you. Thank you for the civil discource. 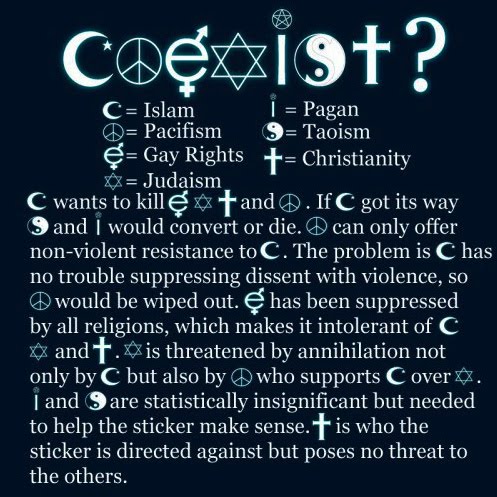 Who’s hating? Why use the same terms liberals use to get their way. Just state your point and stand by it.

I’m a realistic, not a dreamer.

Truth. Right between the eyes. Good on you.

133 posted on 05/06/2012 11:33:34 AM PDT by Kudsman (The troubles begin and end with the "Progressives" -1010RD)
[ Post Reply | Private Reply | To 114 | View Replies]
To: BlackElk
If we put up with Willard as though he were acceptable, we will NEVER get another GOP POTUS candidate worth voting for. We shall have defined ourselves as gullible suckers, inveterate fools and hopeless pollyannas.

We've been allowing ourselves to be talked out of our principles by our betters in the GOP machine for far too long. They've gently coerced principled conservatives to support their gradual leftward shift of the party for decades now, by continually running the very best Americans out of the game, and elevating yes men, sell-outs, and other cretins to the head of the pack.

What infuriates me more than anything, is that this unholy cabal is foisting the most fraudulent Republican we've seen in our lifetimes upon us, during one of the most critical, pivotal moments in our history. If there were ever a time for the GOP to send forth their most worthy champion to defeat a treasonous menace on the left, this is it. Instead, the party establishment has become the very evil they were supposed to resist, and has anointed a soulless, empty liberal, without a single trace of a conservative record, to be their challenger.

The party is obviously in Treason to the solemn covenants that made us a nation. They very much would like for every one of us to likewise dishonor ourselves. I, for one, refuse to be goaded, bullied, or shamed into voting against everything I (and my fathers) believe in. If the nation is to be sold to the global Communist elites, and every last vestige of our time honored American ideals to be tossed in the dust bin, it will happen without my help or agreement.

I refuse to be suckered into choosing between two faces of the same evil. I choose to resist in whatever ways I can.

Newt was my choice, but he didn’t make it.
While I don’t approve of Romney, we have no choice.
I will vote, not for Romney, but against that Marxist/Muslim usurper sob.

Your selling out your values to vote for the guy you think might be able to beat Obama.

It’s ok. Your welcome to your choice.

This is like battered wife syndrome, ya get repeatedly lied to, ya got black eyes, ya keep getting your teeth kicked in, but there ya are between beatings, making dinner and defending the beater while telling the cops ya feel down the stairs...Again.

However, you are definitely thinning the ranks. Another excellent post (diatribe?).

I said I would not vote for Romney too.

Then I took my head out of the sand.

If you love America you will swallow your Pride.

And vote Romney and that goes for every Freeper!