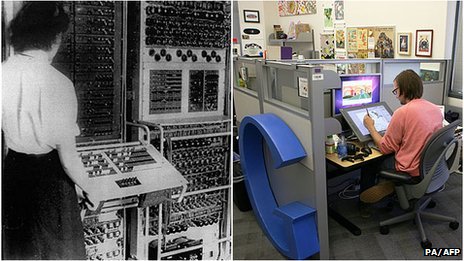 Technology giant Google normally has its eyes fixed firmly on the future. But it has turned its attention to an old house in England to help preserve a slice of computing history.

For nearly half a century after World War II, a Victorian manor house in Buckinghamshire lay neglected and unloved, its dilapidated buildings falling into disrepair.

By the early 90s, plans even emerged to tear down the assorted boarded-up huts around the house and erect a supermarket in their place.

For reasons of national security, a veil of secrecy shrouded Bletchley Park. Only in the last 20 years has the extraordinary story of breaking the code of the German Enigma machine finally become well-known.

The secret work there had, it is believed, shortened the war by two years.

But the veil of secrecy came at a cost, not just to the physical fabric of the site, but also, some believe, to Britain and its ability to build on its achievements in computer technology.

The Bletchley Park site, in Milton Keynes, is - at least superficially - a world away from Google's headquarters in Mountain View, California, known as the Googleplex. 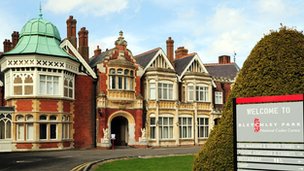 I love reading anything about Bletchley Park.

Because Alan Turing was gay?

The Polish Cipher Bureau deserves the credit from breaking the Enigma codes.

Try reading: The Secret In Building 26 by Jim DeBrosse and Colin Burke. It’s about the work to build the BOMBE’s in Dayton Ohio at NCR.

H/T to Fudzilla by the way.

Could be that too...

Read Spy Catcher... If for nothing more than the history that is exposed.

Will do. I’m an admirer of Turing. 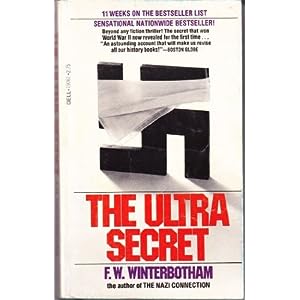 Was something of a self promoter, who exaggerates his own role and importance, overstates the British contribution and virtually ignores the very substantial Polish contribution and minimizes the important American contributions. His book "broke the ice" when he published contrary to his oath of secrecy and lead to a flood of other, uniformly better books. Outside of his very limited role as an intermediary between the linguists who prepared the clear copy for the users and the user community (politicians and military officers), he knows almost nothing about the technical details, history or contents of the product that he handled.

I would recommend almost any other book as a good introduction.

Good for Google - a project worthy of them...

The effort to defeat Lorentz required the construction of the first programmable computer "Colossus" by an engineer named Tommy Flowers.