The chief law enforcement officers of several Texas counties along the southern U.S. border warn that Arabic-speaking individuals are learning Spanish and integrating into Mexican culture before paying smugglers to sneak them into the United States. The Texas Sheriffs' Border Coalition believes those individuals are likely terrorists and that drug cartels and some members of the Mexican military are helping them get across the border.

TOPICS: Conspiracy; Military/Veterans; Religion
KEYWORDS: aliens; domestic; illegals; terror
heriff Sigifredo Gonzalez of Zapata County, Texas told Cybercast News Service that Iranian currency, military badges in Arabic, jackets and other clothing are among the items that have been discovered along the banks of the Rio Grande River.

The sheriff also said there are a substantial number of individuals crossing the southern border into the U.S. who are not Mexican. He described the individuals in question as well-funded and able to pay so-called "coyotes" - human smugglers - large sums of money for help gaining illegal entry into the U.S.

Although many of the non-Mexican illegal aliens are fluent in Spanish, Gonzalez said they speak with an accent that is not native. "It's clear these people are coming in for reasons other than employment," Gonzalez said.

That sentiment is shared by Rep. Tom Tancredo (R-Colo.) "For years, Muslims and other 'Special Interest Aliens' from places other than Mexico have been streaming into the U.S. across our porous border," Tancredo told Cybercast News Service. "These people are not paying $50,000 or more a head just to 'take jobs no American will do.'

"Terrorists are working round the clock to infiltrate the United States," he added. "Congress and this administration must address this gaping hole in our national security and they must do it now."

Some of the more high profile pieces of evidence pointing to terrorist infiltration of the U.S. have been uncovered in Jim Hogg County, Texas, which experiences a high volume of smuggling activity, according to local law enforcement.

"We see patches on jackets from countries where we know al Qaeda to be active," Gonzalez explained. The patches appear to be military badges with Arabic lettering. One patch in particular, discovered this past December, caught the attention of federal homeland security officials, according to Gonzalez and local officials familiar with the investigation.

Sheriff Wayne Jernigan of Valverde County, Texas, told members of the U.S. Senate Judiciary Committee in March about one patch that read "midnight mission" and displayed an airplane flying over a building heading towards a tower. Translators with DHS have said some of the various phrases and slogans on the items could mean "martyr," "way to eternal life," or "way to immortality."

Gonzalez told the House International Relations Subcommittee on International Terrorism and Nonproliferation in July that the terrorists are getting smarter.

"To avoid apprehension, we feel many of these terrorists attempt to blend in with persons of Hispanic origin when entering the country." Gonzalez stated. "We feel that terrorists are already here and continue to enter our country on a daily basis."

Sheriff Arvin West of Hudspeth County, Texas, told Cybercast News Service that he believes some Mexican soldiers are operating in concert with the drug cartels to aid the terrorists.

"There's no doubt in my mind," he said, "although the Mexican government and our government adamantly deny it."

Statistics made available through the Department of Homeland Security (DHS) show more than 40,000 illegal aliens from countries "Other Than Mexico," designated as OTMs, were apprehended by the U.S. Border Patrol in the period ranging from October 2003 to June 2004, as they attempted to cross the southwestern border. An overview of border security challenges produced through the office of Texas Gov. Rick Perry indicates that almost 120,000 OTMs were apprehended while attempting to cross into the state from January through July 2005.

The border security report delivered by Perry's office focuses attention on the "Triborder region" of Latin America, which spans an area between Brazil, Argentina and Paraguay.

"The Triborder Region is a focal point of Islamic extremism," the report states. "Al Qaeda leadership plans to use criminal alien smuggling organizations to bring terrorist operatives across the border into the U.S."

Carlos Espinosa, a press spokesman for Tancredo, said his office is aware of a training camp in Brazil that actually teaches people from outside of Latin America how they can assimilate into the Mexican culture.

"They come up as illegal aliens and disguise themselves as potential migrant workers," Espinosa said.

But...but...Incompetano says the border is more secure than ever!

Tom Clancy “Teeth of the Tiger”. 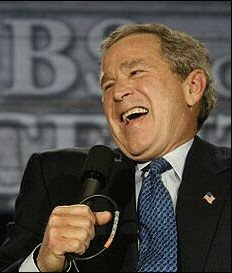 Right in the middle of amnesty.

All according to presidential plans Obama took over where Bush left off.

When they start bombing and shooting, most Americans will be “blown away” by the violence. Then, the American riflemen will be unleashed on our enemy (islam).

Maybe Hussein can ask Eric Holder to step in and arrange to have ATF agents escort them in over the border, on their way back from selling those guns to the drug cartels.

Surely it would be more efficient to put them to work in both directions.

Look we’ve been told how to fix this, and yet our present government hasn’t been willing to do it.

I have it on very good authority, that you don’t have to put troops on the border to stop the illegals from flooding across it. What you do is register the illegal aliens. Then they can remain here and be productive members of our society.

All we need to do is register these Narco Terrorists.

I can’t believe you haven’t seen this incredible solution mentioned before.

Dont piss me off anymore than I want or need to be pissed off this Monday a.m. here in Japan.....this is outrageous. It is treasonous.