Passengers claimed man had suspicious package in the overhead compartment

A Florida professor was arrested and removed from a plane Monday after his fellow passengers alerted crew members they thought he had a suspicious package in the overhead compartment.

That "suspicious package" turned out to be keys, a bagel with cream cheese and a hat.

Ognjen Milatovic, 35, was flying from Boston to Washington D.C. on US Airways when he was escorted off the plane for disorderly conduct following the incident. Monday's incident is another example of other passengers essentially becoming the authority on terrorist activity on planes.

Recently, passenger complaints have resulted authorities taking action against innocent passengers who went to the bathroom too often on a flight and who were just being annoying. In the hyper-sensitive world of flying, sneezing too often could get you kicked off a flight and questioned by the FBI. Milatovic, who is a mathematics and statistics professor at the University of North Florida, was minding his business when other passengers turned into super sleuths. Passengers reported hearing strange noises coming from a plastic bag. State police said later that the bag contained a set of keys,

a bagel with cream cheese, some other small food items, a hat and a wallet.

When confronted by the US Airways crew about his "suspicious package," Milatovic got on his cell phone. The crew asked him to hang it up and sit down. When he refused, he was cuffed.

Milatovic was also charged with interfering with the operation of an aircraft. 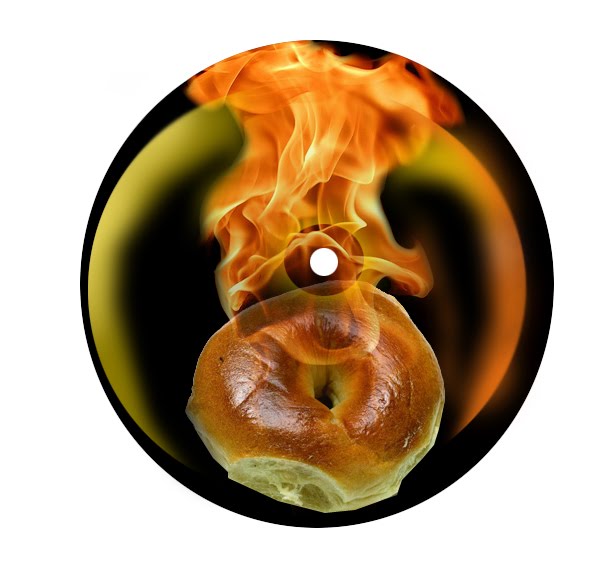 Bagels on a Plane UGLY! Now I have to get that image out of my head. Anybody have brain bleach? You sir, are a god among posters.

If we could just get rid of the @sshat passengers on planes, flying would be a lot more fun. I’ve actually got few complaints against the airline staff on any flight... and I’ve flown a lot over the last twenty or so years. But if I have one routine complaint it’s about the annoyances that come from fellow passengers.

Some people should just take the damned train. So you don’t like flying. Simple: Don’t. Just quit flying and leave the rest of us alone. Quit inflicting your phobias on everybody else.

TSA and the airline business doing what they do best. Acting stupid. Well done, TSA! You’ve protected us against a bagel.

>>Quit inflicting your phobias on everybody else.>>

Sounds to me as if it’s OTHER passengers who are “inflicting” their phobias on innocent victims. Americans really need to get a grip, or they will relinquish all their civil rights for an illusion of security.