OK, It is Saturday night and anyone on the computer does not have a life anyway...and I rightly posted this under vanitywhatever, so here goes.

In another thread the question was asked, What does it mean when someone says, "Mind your P's and Q's?

So far we have two answers

1) Ale used to be ordered in either pints or quarts and you needed to be careful which you were given. That's the explanation that I've heard.

2) My understanding is that it refers to typesetters. Its easy to confuse a small case p or q when you're setting type (and obviously, looking at it mirror image).

Now, I found this on a net search to back up opinion one, but I find it a bit hard to swallow (pun intended).

"There are few of us who at one time or another have not been admonished to "mind our P's and Q's," or in other words, to behave our best. Oddly enough, "mind your P's and Q's" had nautical beginnings as a method of keeping books on the waterfront.

In the days of sail when Sailors were paid a pittance, seamen drank their ale in taverns whose keepers were willing to extend credit until payday. Since many salts were illiterate, keepers kept a tally of pints and quarts consumed by each Sailor on a chalkboard behind the bar. Next to each person's name, a mark was made under "P" for pint or "Q" for quart whenever a seaman ordered another draught.

On payday, each seaman was liable for each mark next to his name, so he was forced to "mind his P's and Q's" or he would get into financial trouble. To ensure an accurate count by unscrupulous keepers, Sailors had to keep their wits and remain somewhat sober. Sobriety usually ensured good behavior, hence the meaning of "mind your P's and Q's."

Another saying comes to mind when I hear this explanation...spending like a drunken sailor.. Mind pints and quarts is hardly a way for a drunken sailor to keep himself out of financial trouble.

I say we keep looking. Anyone know the answer?

And one more opinion...

According to Webster's:
Alluding to the difficulty a child learning to write has in distinguishing between p and q - 1779

It's related to not getting your D's stuck in your Z's.

They also had other possibilities listed.

And according to the Alt Usage English:

The most plausible explanation is the one given in the latest edition of Collins English Dictionary: an alteration of "Mind your 'please's and 'thank you's".

They also had other possibilities listed. 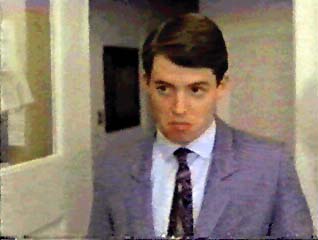 I don't think that is the answer but it was danged interesting. I would never have thought someone would be selling the dang things, p's and q's that is.

ThatI have heard before!

Reminds me of a joke:
Q: Why don't Junior Leaguers like group s-x?
A: Too many T-notes, darling.

My dad used to say that to me all the time along with a swift smack upside the head. :)

I found this at http://www.wordorigins.org/wordorp.htm

Mind Your P's & Q's
The phrase dates to the late 18th century--at least 1779. The exact origin is unknown, but several competing hypotheses seem to be the most likely.

The first is that it derives from the phrase p and q which was an abbreviation for prime quality. This English dialectical term dates to the 17th century. So to mind your p's and q's would mean to be exacting in detail and ensure high quality.

The second is that it refers to difficulty children had in learning to distinguish between the letters p and q, being mirror images of one another. To learn one's p's and q's is a phrase meaning to learn one's letters is first recorded around 1830--somewhat later but not impossible as the origin. Often this explanation is identified with printers and distinguish between a p and a q in type, but the early use exclusively deals with children, not printing.

The third, first suggested by Farmer and Henley at the turn of the 20th century, is that the phrase comes from the practice of maintaining a tally in pubs and taverns. Marks under column P, for pint, or Q, for quart, would be made on a blackboard. To tell a bartender to mind his Ps and Qs would be to tell him to mind his own business and get back to work.

Another commonly suggested explanation is that it is a variation on mind your pleases and thank yous, a plea for gentility and manners. There is no evidence to support this, nor does the please and thank you phrase appear anywhere except in explanations of the Ps and Qs origin.

The last is from the world of printing. Typesetters had to be skilled in reading letters backward, as the blocks of type would have mirror images of the letters. The lower-case letters p and q were particularly difficult to distinguish because they are mirrors of one another and located in bins next to one another. Typesetters had to be particularly careful not to confuse the two.
Which is the correct one is anybody's guess (except the fourth which is certainly false). I favor the second explanation, but that is just a personal preference.