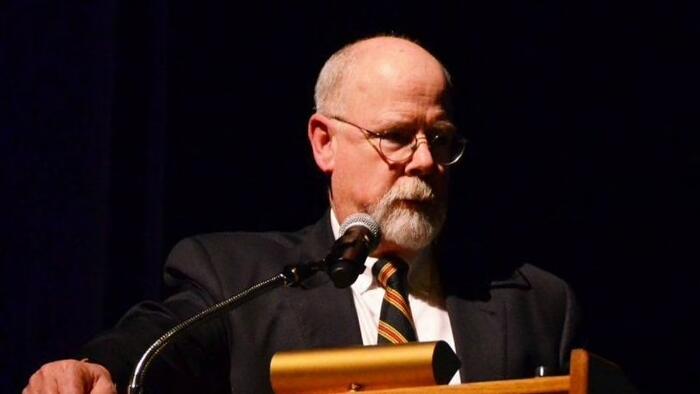 That filing was important for a number of reasons, mainly because Durham stated that Sussmann’s client, Rodney Joffe (a federal contractor with access to “sensitive” data) “exploited” internet traffic data (domain name system, or DNS) pertaining to “the Executive Office of the President of the United States (“EOP”).”

We also asked why Joffe and Sussmann continued to push false allegations of Trump’s ties to Russia after the election. One could theorize that they made the Trump/Russia connection in the summer and fall of 2016 to hurt Trump politically. After all, the bogus story of a secret Alfa Bank/Trump Organization back-channel made it to Slate via Franklin Foer on October 31, 2016 – just before the November 8, 2016 presidential election, and not long after Sussmann went to the FBI to relay these same allegations.

But why continue to push a Trump/Russia hoax in February 2017?

It’s within the realm of possibilities that they wanted to continue to damage Trump, as this was the general goal of the political and bureaucratic establishment during the Trump years – especially in the early period, when Trump’s political power and his ability to implement his agenda would be at its height. It’s why James Comey leaked classified memos through his lawyer, why there were leaks against Flynn in early January 2017, and why Kevin Clinesmith falsified a CIA e-mail so that the FISA warrants against Carter Page could continue.

Or, perhaps Sussmann and Joffe wanted to spur additional intelligence community investigations into Trump. It is accurate to say that they were desperate to prove Trump’s links to Russia. So desperate, in fact, that they were providing manipulated data to the federal government to further false Trump/Russia conspiracies.

And consider whether Sussmann took this information to the CIA on behalf of a type of “whistleblower,” allowing Joffe to remain nameless.

What did the CIA do with that information?

Did the CIA pass it to the FBI, allowing Joffe to theoretically keep his hands clean and his identity unknown?

All good questions. We don’t have the answers – yet.

But there is an answer we do have. After Sussmann’s attorney responded to the Durham filing, stating that Sussmann provided the CIA with Executive Office of the President data from “when Barack Obama was president,” we theorized that this data was from the transition period because that’s when there would be access to Trump’s team:

If Sussmann’s attorney is telling the truth (never a given), then we suspect the Executive Office of the President data included that from the 74 day the Trump transition period (between the November 8, 2016 election and the January 20, 2017 inauguration) – which would still be spying on the incoming Trump Administration.

Then our friend Margot Cleveland reviewed a Durham filing in the Sussmann case from October 21, 2021 and put it all together:

Yes, Joffe targetted the EOP during the transition period, per the Government’s Response to Motion for Bill of Particulars. pic.twitter.com/MfTeIqOPCc

As the October 2021 filing states:

That would confirm the data Sussmann and Joffe passed to the CIA was from the Trump transition period. While Washington and the press focus on January 6, the more dangerous and anti-democratic acts occurred in the shadows in 2016 and 2017. They didn’t seize the Capitol because they didn’t have to. The FBI and the CIA were willing to do their bidding, operating in secret to spy on and undermine the President.

Predictably, after Durham filed his motion the establishment/left media downplayed its significance in two ways.

First, Charlie Savage of the New York Times noted that the data from the Executive Office of the President “came from Barack Obama’s presidency.” That’s a curious way of saying the transition period – especially when the data involved those associated with Trump. (The content of the data being more important than the timing of the data.)

Second, Philip Bump over at the Washington Post condemned the reaction to the Durham allegations and claimed “it’s not clear that it [the Trump Tower, Trump Apartment, Trump Transition/EOP data] was or that it was used for any reason other than normal tracking of potential threats.” To say that, Bump must ignore the political motivations of Sussmann and Joffe, and disregard the findings that these allegations they brought – whether to the FBI or the CIA – were found to be baseless.

What these writers and publications are missing, of course, is the outright scandal of the CIA collecting information on a sitting president.

Before I close, let me say a few more words about Philip Bump, a national correspondent for The Washington Post. This is the same guy who, in 2019, downplayed the theory that “biased FBI agents and other officials used faulty information to target Page to spy on the campaign.” In reality, the FBI agents were biased, the information was faulty, and the campaign was spied on.

Bump’s problems go beyond indefensible conclusions about matters of public record. His writing is just as bad, evidencing deficiency of thought. He has a rich history of blunders. These are weekly occurrences for him, though I’ll focus on just one article.

When discussing questions regarding the hacking of the DNC server, for example, Bump stated “This server thing shows one direction of sprawl, and a narrow one.” But sprawl is defined as “to spread or develop irregularly or without restraint.” We call it “suburban sprawl” because suburban developments spread in every direction (the sprawl) from an urban center. Sprawl across your bed and you leave little room for your partner. “Narrow”sprawl doesn’t make sense.

Or consider this Bump-ism when discussing some of the Carter Page allegations:

“Fox News personalities such as Hannity and his cadre of guests were simply walking backward, trying to find a hole in the wall. This is the hole they found, and they ran with it.”

Think about that last sentence for a moment. How can you run with a hole in the wall?

I was walking the dog musing upon “why just the DNS data in the court filing”? Why nothing else in the network bugging realm?

And then it hit me. If they are intending to prosecute, all of the data in the packets would be classified as Top Secret or something that would never be shown in open court. The “Deep State” rogues that were in on it were probably banking on the old “National Security” angle where it takes decades to declassify anything. A classic stall tactic.

Just the DNS lookup data shows that somebody was in the White House networks, and can also be shown in court as evidence. Nice tactics by the prosecutor.

4 posted on 02/22/2022 3:25:07 PM PST by glorgau
[ Post Reply | Private Reply | To 1 | View Replies]
To: blam
Satan controls every branch of government and both sides of kongress. Add to that, hollyweird, all of the media complex, public education, 97% of religious organizations and the Boy Scouts.

Shoot. Stick a fork in the ole USA. We're finished.

5 posted on 02/22/2022 3:39:45 PM PST by LouAvul (The liberal's mantra: " I don't understand why this has to be so hard.")
[ Post Reply | Private Reply | To 1 | View Replies]
To: blam
Satan controls every branch of government and both sides of kongress. Add to that, hollyweird, all of the media complex, public education, 97% of religious organizations and the Boy Scouts.

Shoot. Stick a fork in the ole USA. We're finished.

Didn’t we already know all of this? As much as I’d love to see some people hanged for this, I think we will hear something similar to “there was no intent”.

We did know this. The media were so busy acting as stenographers for Comey, Brennan, Schiff & Pelosi, they are just now aware there was a coup in progress.

We’re enduring the media lag of comprehension, as they play catch up and which is motivated only to create fresh narratives of lies to combat Truth.

9 posted on 02/22/2022 5:05:19 PM PST by griswold3 (When chaos serves the State, the State will encourage chaos)
[ Post Reply | Private Reply | To 7 | View Replies]
To: blam
The worst part of this is not that Trump was spied on by the FBI, DOJ, CIA and Democratic Party operatives before and during his Presidency and probably still are now. The worst parts are two realizations. First, the incompetence of his opponents. All that spying did not benefit anyone spying on him that much. They were unable to remove him from office for Russia, Ukraine, or Jaunary 6th. They were so incompetent and corrupt that even when they had advance warning, they tripped over themselves.

Second, the realization that those close to the President who could stop it and hold people accountable all looked the other way. Sessions, Barr, Mattis, the Joint Chiefs, all had to have some idea of what was going on, and did nothing about it. Many preferred to resign, get asked to resign, or get fired than hold anyone accountable.

By holding Trump in so much contempt, they view everyone else with the same disdain.