On Friday, Kristina Karamo, host of the Kristina Karamo Project, Dr. Linda Lee Tarver a 29-year former Secretary of State election integrity liaison, and Angelic Johnson, went to Lansing, Michigan to put Michigan’s Democrat Secretary of State Jocelyn Benson on notice after it was discovered by Phil Kline, director of the Amistad Project of the Thomas More Society, that Benson had given the far-left Rock The Vote group full “front door access” to Michigan voter rolls.

100 Percent Fed Up – According to Karamo, the information provided to Rock The Vote, a far-left activist group that identifies as “non-partisan,” included sensitive data like social security numbers, addresses, birth dates, and eye color of Michigan residents. According to Amistad’s Phil Kline, Rock the Vote was also given the ability to add names to the MI voter rolls. Karamo, who traveled to Lansing with Tarver and Johnson, posted a video of her visit to Secretary of State Benson’s office on our 100 Percent Fed Up Facebook page. The Christian Republican activist told us that Dr. Linda Lee Tarver and Angelic Johnson are plaintiffs in a case that Amistad has filed on their behalf against MI Secretary of State Jocelyn Benson for providing Rock The Vote with the private information of MI residents.

On Thanksgiving Day, The Amistad Project sued Sec. of State Benson for sending millions of absentee ballot applications to every household in the state of MI without verifying whether the intended recipients were still residing at the same location, whether they were eligible to vote in 2020 or even whether they were still alive.

The Michigan Star reports- the Amistad lawsuit notes that Benson circumvented the explicit intent of the Michigan Legislature, which established an absentee ballot process designed to minimize the risk of fraud. Benson allegedly violated numerous provisions of this process by sending unsolicited absentee ballot applications to every household in the state. Benson compounded the error by establishing a process for online absentee ballot applications, again without statutory authority. This precludes the possibility of obtaining an actual signature from the voter, as required by law. The secretary of state’s unlawful actions flooded the state with absentee ballots, which are inherently less secure than in-person voting.

The affidavits describe election workers counting ballots from voters whose names did not appear on official voter rolls, failing to verify signatures on absentee ballots, and even backdating absentee ballots that arrived too late to be counted. Eyewitnesses also reported the late arrival of tens of thousands of “unsecured and unsealed” ballots.

Throughout the vote-counting process, both election observers and the public were obstructed from meaningful access by election officials, constituting yet another violation of state law. When election workers duplicated flawed ballots that could not be read by a machine, for instance, they ignored the legislative mandate that a representative from each major party sign off on every ballot — a crucial safeguard designed to prevent unscrupulous election workers from altering or otherwise defying voter intent.

Yesterday, another Benson bombshell dropped when Republican legislative leaders discovered that the MI Board of Elections (BOE) ordered all county clerks to delete election-related data from government computers.

Breitbart reports -Michigan Republican legislative leaders were not happy on Friday when they learned the Board of Elections (BOE) ordered county clerks to delete election-related data from government computers.

On December 1, the BOE, which is under the auspices of Secretary of State Jocelyn Benson (D), sent a memo to all clerks about recounts and the “release of voting equipment.”

The EPB software and associated files must be deleted from all devices by the seventh calendar day following the final canvass and certification of the election (November 30, 2020) unless a petition for recount has been filed and the recount has not been completed, a post-election audit is planned but has not yet been completed, or the deletion of the data has been stayed by an order of the court or the Secretary of State.

Chatfield and Shirkey issued a directive on November 6, “which served as a notice of the Michigan Legislature’s plans to conduct an inquiry into the general election,” a release from Hall said.

“Because of that inquiry, Detroit city clerk and BOE offices were directed to preserve certain materials, including relevant electronic information. The inquiry also demands all surveillance video recordings that were taken at the TCF Center in Detroit from Nov. 3-5 be kept,” it continued.

“Our work is about restoring confidence in our elections process. We are making sure that we have access to relevant and needed information as the Legislature performs its inquiry into what happened and that the information hasn’t been deleted in the face of that inquiry and litigation that is still out there,” Hall said.

Last night, Michigan residents took their fight to the home of radical leftist Secretary of State Benson, where they shouted, “Stop the Steal” and “You’re a felon!” from the sidewalk in front of her home.

Conservative activist Genevieve Peters posted the live video of the protest on her Facebook page. In the video, activists can be heard shouting, “This is a coup!” while Peters explains she doesn’t care who you voted for, “This is about the integrity of our election,” she demands. “We will not stand for a fraudulent election, and neither should you!” Peters added.

Only protests? Amateur hour on our part! I challenge anyone to provide me with a valid reason why any election data should not or can not be preserved.

She should be tarred and feathered

we need to toss this election and start fresh.

RE: Only protests? Amateur hour on our part! I challenge anyone to provide me with a valid reason why any election data should not or can not be preserved.

Short of going into her house and actually attacking her ( like the BLM’s and Antifa would do ), what else can be done that is professional? It isn’t as if there are no lawsuits being filed already.

It just goes ON AND ON!

LONG AGO Hillary should have been tried and incarcerated.

Soon after that Comey should have been frog-walked.

They need to throw some bricks threw her home window like what ANTIFA and BLM do in Portland. Let’s see how the left enjoy their own tactics.

Time for people to pay for their sins.

They lie, steal, cheat and untimely win. We are gentleman, act professionally and lose.

“Each State shall appoint, in such Manner as the Legislature thereof may direct, a Number of Electors, equal to the whole Number of Senators and Representatives to which the State may be entitled in the Congress: but no Senator or Representative, or Person holding an Office of Trust or Profit under the United States, shall be appointed an Elector.”

“The United States shall guarantee to every State in this Union a Republican Form of Government...”

Professional? The Machus Red Fox Restaurant in Detroit was where Jimmy Hoffa Sr Disappeared. (I have eaten there). If you want professional to deal with the Communist Secretary of State, there are plenty around.

If the woman in the pink sweater in the photo is SOS Benson, then the possible voting tampering is not the only thing stacked against Trump. /sarc

Changing the name of the song “Lady in Red” to “Lady in Pink”, which would also be an indication of a preferred political ideology.

Just mumbling but... Speaking of butts, where is Kameltoe Harris? She’s been missing almost as much as both Waldo and Biden have. Guess she’s taking the “stay home” virus prevention instruction seriously, in Hawaii, Mexico or Tahiti. Why not? Her buddies Adler and Obama did it or at Martha’s Vineyard where the poor ain’t welcome with their bibles, guns, and belief in an honest election.

16 posted on 12/06/2020 6:41:06 PM PST by MadMax, the Grinning Reaper
[ Post Reply | Private Reply | To 1 | View Replies]
To: SeekAndFind
Benson's husband got into some trouble a while back ...something to do with deleting/or telling others to delete potential fundraiser/wrong-doing material from computers.

Benson....a member of the Coven of Witches, MI chapter. 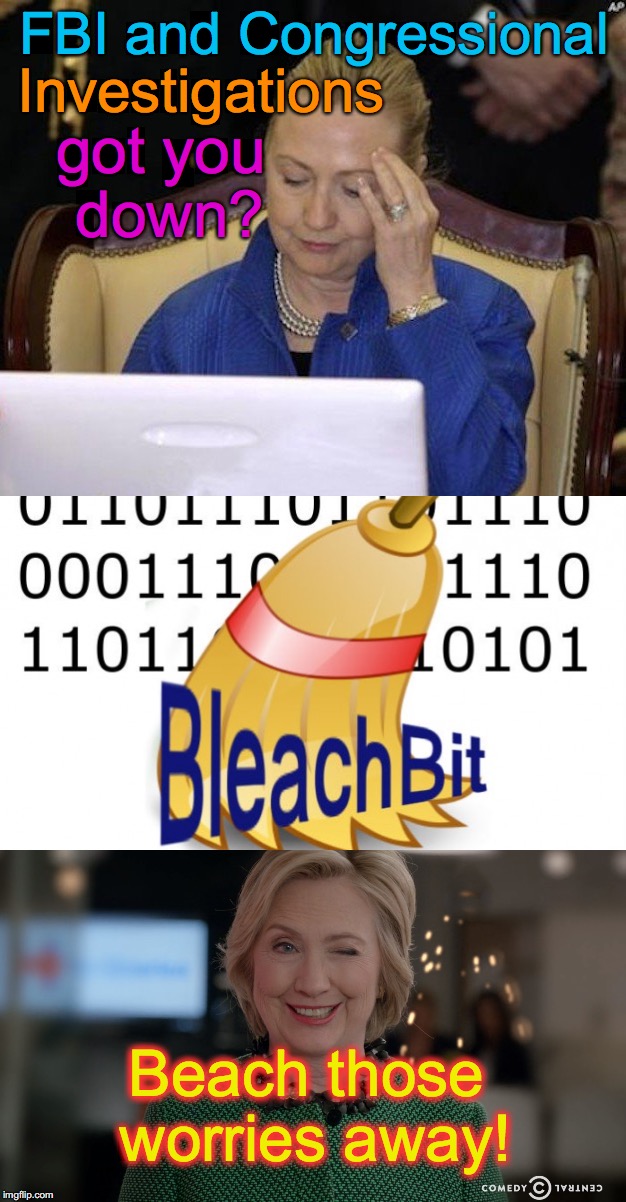 Wonder how she’d look in a prison suit...

The Soro/Socialists won’t be satisfied until the citizenry of the United States is consuming cats and dogs to survive, as they are in Maduro’s Venezuela.