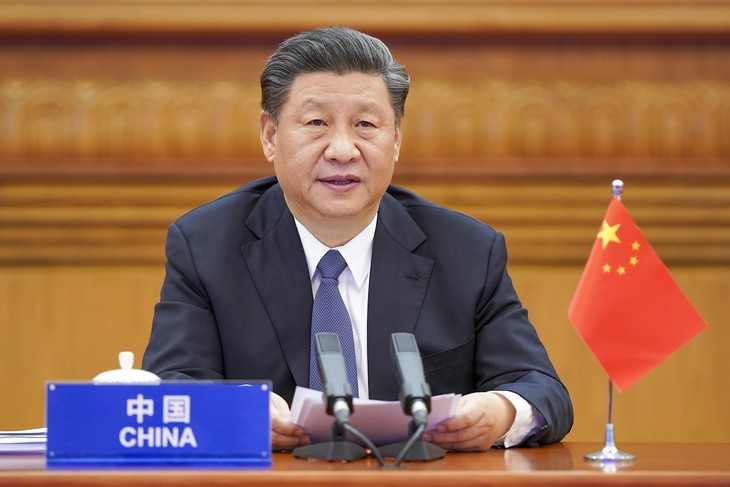 As more and more information comes to light about Hunter Biden, so do many of the questionable business dealings in which Hunter had engaged. While Burisma has made headlines for the last several years, recently much more has been revealed about Hunter’s engagement in Chinese business dealings – and they’re infinitely more troubling than anything having to do with Ukraine or Burisma.

Prior to his tagging along on the Big Guy’s trip to China in December 2013, Hunter Biden and his associates Devon Archer, James Bulger, and Michael Lin had held numerous meetings with executives from Bohai Capital, the private equity arm of Bank of China International Holdings Ltd. Those meetings led to an agreement to form Bohai Harvest Rosemont (BHR) Partners. A newly-formed LLC, Rosemont Seneca Thornton, owned by Hunter, Chris Heinz, James Bulger, Devon Archer, and Michael Lin, would own 30 percent of the Chinese-based company. The partnership agreement was signed in June, 2013, but the company was not yet registered with the Chinese government – until about a week after Hunter met with Li during that December trip. Hunter confirmed the trip to the New Yorker, according to an intelligence report obtained by RedState:

“HUNTER told the New Yorker that he met Li during the December 2013 trip but described it as a social encounter. “How do I go to Beijing, halfway around the world, and not see them (Li) for a cup of coffee?” he said. HUNTER arranged a quick meeting in the lobby of the American Delegation’s hotel in Beijing between BIDEN (Joe) and Li, the [soon-to-be] BHR CEO. This was followed by a “social meeting” between HUNTER and Li, according to reports by the New Yorker.”

With as concerned as the left has been about a bank account Trump has in China, perhaps they should pay a bit more attention to the fact that Hunter Biden and the stepson of then-Secretary of State John Kerry were operating a venture capital firm with Chinese State-Owned Entities like the Bank of China?

Heinz left the partnership when Hunter and Archer joined the Burisma board, but Hunter still owns 10 percent of BHR through his investment firm, Skaneateles LLC. His share is conservatively valued at $50 million, according to the report.

The report states that BII is majority-owned by the Bank of China, both through the BOC International Holdings and the BOC Group Investment Co. Their total comes to 53% ownership and, as a result, BHR is controlled by the Chinese Government. Also included in the list of owners of BII is The National Council of Social Security Funds and China’s Public Retirement Fund. In fact, every single other company listed as an owner in BII is a SOE. In other words, China controls BII, lock, stock, and barrel and by extension, Robert Hunter Biden.

(This is the third in a series of articles exploring Hunter Biden and Chris Heinz’s business dealings with Chinese entities. Additional reporting and research have been provided by RedState’s Scott Hounsell.)

I am amazed the Chinese haven’t dumped Hunter’s body in the Pacific by now....

Didn’t Biden accuse Trump of having a Chinese bank account?

Yes indeed, the one that *The One* talked about during the Pa rally for Biden.

RE: Didn’t Biden accuse Trump of having a Chinese bank account?

If it were illegal ( which of course it isn’t, it’s legitimate ), the IRS would have flagged in decades ago.

Does this Chinese bank happen to hold any interests in any research labs in Wuhan?

When is the 6:00 AM raid on his offices, seizure of all computers, phone records, devices and files? When is he going to be arrested and charged? Where is he, has anybody seen him lately? So many questions, when do we get some answers?

Trump was so desperate that nobody ever find out about his top secret Chinese bank account, that he listed it on his tax forms.

People actually fall for this bull$hit!

Trump's business in China would be a good thing. Running a hotel in China is not offshoring American jobs.

When Trump determined that business was not feasible in China he closed the bank account. This was before Trump ran for President.

“Does this Chinese bank happen to hold any interests in any research labs in Wuhan?”

This would be my question too. There is so much smoke here, what exactly is the fire?

The more I see how deeply entangled Joe and the Democrats are with the CCP and Chinese military, and when I think back to that weekend in early March just before the China virus took off in America, when all the candidates challenging for the nomination dropped out suddenly and gave it to Joe without even a little fight...

Makes me wonder, did the Democrats and China get together to release this on the world knowing that there was no defense against it (and there wouldn’t be for some time)?

Should have added if he does go back I would predict a fall from the Great Wall as the most likely scenario.

Hunter should be worried about Chinese intelligence agents dumping his body in the Pacific off the CA cost (where Hunter currently resides).

I would imagine such assassins would be considered great patriots and heroes on the mainland.

“RE: Didn’t Biden accuse Trump of having a Chinese bank account? ... And? What of it?”

I didn’t make my point well. What a joke Biden accusing Trump of having a Chinese bank account, given Biden’s corrupt dealings with China.

So that;s who’s holding Joe’s missing 6 million - the CCP controlled Chinese Bank. So if Biden is elected he’ll become even more of a wholly owned Chinese asset ... and so goes the USA

It doesn’t appear to be such a BIG SECRET..does it?