Like all progressive groups, The Satanic Temple came out in support of Black Lives Matter.

The Satanic Temple, which distinguishes itself from its rival, The Church of Satan, through its rigorously progressive politics while accusing The Church of Satan of libertarianism, put out a statement by co-founder Lucien Greaves that blasted President Trump and accused the police of randomly killing black people that could have come from any random leftist organization.

“I watched with dismay as, in reaction to the election of Donald Trump, the least qualified, least dignified, least competent president in all of U.S. history,” complained Greaves, whose real name is Douglas Mesner, and who has been known to pose wearing goat horns on his head.

Steve Hill ran in a Democrat State Senate primary as the first Satanist to seek public office. While he lost, the Satanist and Bernie Sanders supporter was able to secure over 10,000 votes from California Democrats. Since then, Hill has participated in a Black Lives Matter rally and one comment noted the “solidarity between Black Lives Matter and Satanists.”

Hill had mentioned reaching out to the Sanders campaign, but was cautious, noting, “I don’t know how they’ll react to getting an offer of help from Satan.”

While the Sanders campaign’s response remains unclear, the American Humanist Association’s Freethought Equality Fund PAC did back Hill alongside establishment Democrat figures like Rep. Hank Johnson, Rep. Zoe Lofgren, and Rep. Pramila Jayapal. None of them were asked by the media how they felt about the backing of a PAC that was also supporting a Satanist.

The PAC described Hill as an atheist, it neglected to mention the Satanist part.

But The Satanic Temple has two faces. The Temple gleefully brandishes Satanic iconography and provokes people of faith, while its co-founders also run the Reason Alliance which cultivates a secular humanistic brand. At the Satanic Temple, its co-founder goes by Lucien Greaves, while at the Reason Alliance, he goes by Douglas Mesner, a Harvard alumnus.

That’s what allows a Satanist to be endorsed by a mainstream Democrat PAC.

Even when they threaten violence.

“We are going to disrupt, distort, destroy,” Jex Blackmore, the former national spokeswoman for the Satanic Temple, declared while surrounded by pig’s heads. “We are going to storm press conferences, kidnap an executive, release snakes in the governor’s mansion, execute the president.”

After the video went viral, Blackmore was asked to step down with Greaves insisting that the organization, which has waged a long legal battle to claim that killing babies through abortion is a religiously protected Satanic ritual, is non-violent.

“When we say that somebody was removed for threatening execution on the president, that’s not to say that anybody in our group would cry if Trump died from choking on a ham sandwich tomorrow,” Greaves pointed out.

Mainstream Democrats have been quietly interacting with the group under its various guises.

While The Satanic Temple may be an extreme example, a recent Pew survey found that after the Obama administration a majority of white Democrats identified as non-Christian. The Satanic Temple’s melding of radical leftist politics with paganism may be the wave of the future.

In 2017, thousands of Wiccans or Witches announced that they were casting a mass spell against President Trump. Michael M. Hughes, who takes credit for the spell, went on to write, “Magic for the Resistance: Rituals and Spells for Change” which includes chapters like “Hex the NRA” and “WITCH: Women’s International Terrorist Conspiracy from Hell”.

It’s one of a number of similar books like David Salisbury’s “Witchcraft Activism: A Toolkit for Magical Resistance (Includes Spells for Social Justice, Civil Rights, the Environment, and More)” and Laura Tempest’s, “The New Aradia: A Witch’s Handbook to Magical Resistance.”

The mixture of paganism and politics is active on Instagram with the Magic Resistance whose members burn photos of President Trump while reciting incantations.

Unlike conservatives, they have not been censored.

“Within hours of Trump being declared president, our membership numbers really spiked,” Lucian Greaves of The Satanic Temple has insisted.

The Trump Derangement Syndrome wave that mainstreamed extremist organizations like Black Lives Matter and Antifa among Democrats also benefited Satanists and Witches. The Democrats had made hostility to President Trump into their only core principle. And any pagan idea, no matter how extreme, became more acceptable as long as it was anti-Trump.

While some of the most public Satanists and Witches try to have it both ways, posing with horns and skulls, and then claiming that they’re trolling religious believers, it goes deeper than that.

In a conversation between Black Lives Matter co-founder Patrisse Cullors and BLM LA’s chapter co-founder Melinda Abdullah, whose hate rally was linked to vandalism against synagogues in the area, the two appeared to discuss summoning spirits.

“You kind of invoke that spirit, and then their spirits actually become present with you,” Abdullah said.

“Each of them seems to have a different presence and personality,” Cullors mentioned.

“We’ve become very intimate with the spirits that we call on regularly,” Abdullah claimed. “Each of them seems to have a different presence and personality.”

While it’s easy to dismiss such behaviors as marginal, Hillary Clinton had held a seance in the White House to summon the spirit of Eleanor Roosevelt.

The seance was overseen by New Age author Jean Houston who had been invited by Hillary along with Marianne Williamson. Williamson, who went on to run for the Democrat presidential nomination in 2020, allegedly participated in the seances and stayed in the Lincoln Bedroom.

It’s hard to describe something as fringe when it’s standing on the DNC debate stage.

Williamson was cheered on by an “occult task force” and the Washington Post reported that “a group of 13 chaos magicians, witches and energy workers were performing synchronized ‘gestures’ to help Williamson get airtime at Tuesday’s debate”.

To what extent are these private beliefs making their way into the government?

One of the more bizarre stories of Harry Reid’s tenure heading up Senate Democrats was the $22 million he had earmarked for UFO research.

UFO’s have been an obsession of Democrats with Jimmy Carter claiming to have seen one. 58% of Democrats believe in UFOs. That was why Hillary Clinton and her campaign chair, John Podesta, ran for office by promising to reveal the truth about them, generating headlines like, “Hillary Clinton Gives U.F.O. Buffs Hope She Will Open the X-Files.”

But Reid’s millions were being spent not just on UFOs, but studying, “bizarre creatures, poltergeist activity, invisible entities, orbs of light”. The research touched on claims of possession and psychic powers, crossing the realm from NASA to the supernatural.

Satanists, Witches, and UFOs are the natural preoccupations of a political movement that is losing its religion and filling the gap with political radicalism and primitive belief systems. It isn’t reason that replaces religion, but the primordial superstitions that religion cleared away.

The decline in faith among Democrat political elites leads to chanting spells, sacrificing goats, and watching the skies for the mystical revelations gathered from comic books and TV.

45% of Democrats believe in God: 39% believe in some other power or spiritual force. That’s why there are seances, spells, sacrifices, and trips to haunted houses and UFO landing sites.

America is still a free country, and people are entitled to believe whatever they like. But Democrats, radicals, and their media mouthpieces routinely present this as a clash of worldviews between superstitious religious believers “clinging to their bibles” and the rational proponents of reason with PhDs who “follow the science”, when it’s really a clash between traditional religious believers and radicals who believe they have supernatural powers.

Democrats like Biden strive to build an image of normalcy. Just don’t look too closely at the Satanists, Witches, and Astrologers, not to mention ghost and UFO hunters, behind the curtain.

TOPICS: Government; Politics; Religion; Society
KEYWORDS: democratparty; devilworship; evil; satanists
It is a Spiritual War as you see, these Dems are playing with fire literally. Fire that will ultimately burn them for eternity if they don't repent. Most won't. 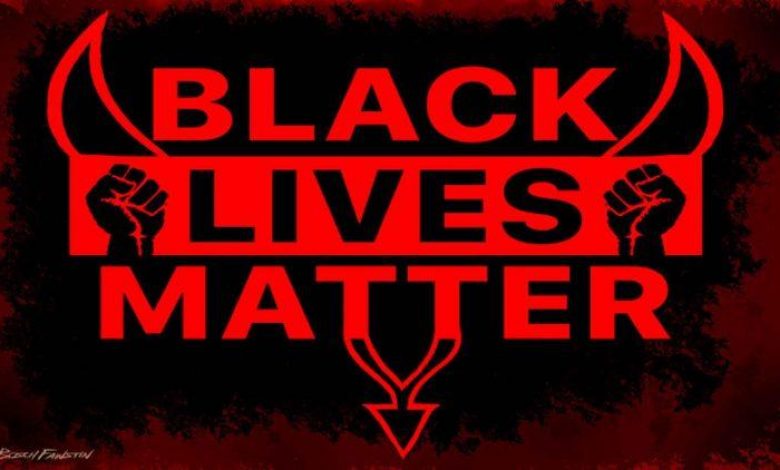 Note the Spiritual Warefare going on here right in front of us. BLM is fully on board with Santeria, which is an Africa-Caribbean Black Magic form of witchcraft.

Keep praying for America, praying for our President, and that The Lord protects His Children from the enemy and his agents.

Our prayers do thwart their motives massively.

PM me if you wish to be added/removed from the End Times Ping list.

He said they are going to “execute the president”

Really? I’m sure the Secret Service will have something to say about that.

They better pray to their homosexual Satanic Gods, Lucifer and Baal, that Trump does not win a second term because pain and destruction is headed their way. The type of pain they are not going to like.

I’m sure GOD will have something to say about that.

Trump is God’s man for the hour.

Biden does attract the “Look at me I’m a dumb ass ! Honor my ass-hattery !” parts of the population.

6 posted on 09/17/2020 5:11:03 AM PDT by Reily
[ Post Reply | Private Reply | To 1 | View Replies]
To: Roman_War_Criminal
“Within hours of Trump being declared president, our membership numbers really spiked,” Lucian Greaves of The Satanic Temple has insisted.

Yup, God is drawing the line in the sand and people are choosing sides with eyes wide open.

When they are judged, they will be judged by their willful choice to choose evil>

No excuses of *I didn't know*. 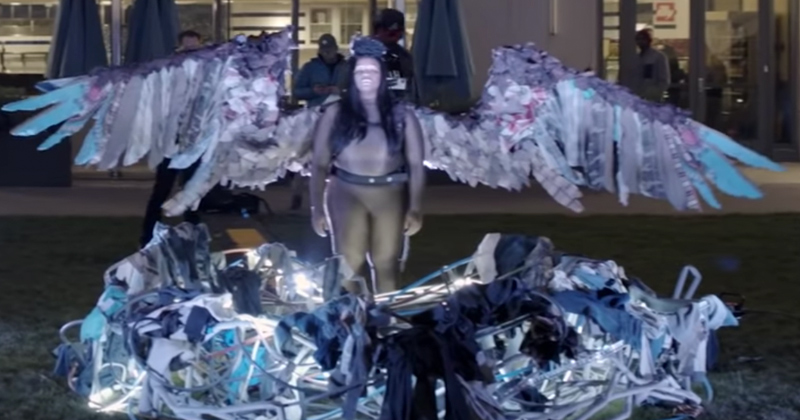 And it’s going to be all fun and games until they die and the full reality of what they have chosen is clear for them for eternity.

Are these people even conscious of what they are doing?

The cure for these idiots is laughter to drown them out. The power of darkness cannot overcome the light. The being they worship was known as Lucifer the light bringer. He now brings the darkness and calls it light.

Come out of slavery my people, Christ begs for them to come to him. Yet they reject it and crave the darkness.

This is sad, but we are not to pray for them. Walk a straight path, set an example but stay away from these condemned, they can only destroy the light within you if they could.

I saw a YouTube video telling how BLM and raising the fist and “say his name” are actually some kind of ritual and they are conjuring up demons. It’s been about a month and I didn’t save the link.

I believe antifa and BLM both have satanic influence.

Wanted to add there are a lot of people unwittingly participating in these rituals due to peer pressure and virtue signalling or whatever.

I haven’t heard about that one regarding the ‘say his name’ chant.

Makes sense for them to do this, they are demonically possessed. No doubt about it.

It’s in this video, right around 12 minutes in