A Photo Of Alyssa Milano Surfaced Where She Wears A Black Face - No Media Coverage
Red State Nation ^ | 06.26.2020 | Ray Pearson

Have you noticed that the people who get caught using blackface are always Democrats? Don't forget that liberals always accuse you of what they are doing. In recent weeks in the wake of the George Floyd protests and the resurgence of the Black Lives Matter movement, the spotlight has shone on the likes of late-night hosts Jimmy Kimmel and Jimmy Fallon for past use of blackface for comedy sketches. And among the multitude of voices calling for these celebrities to face consequences for their past actions are a number of conservative figures and media outlets. The list is endless: Justin Trudeau, Jimmy Fallon, Julianne Hough, Eiza González, Jimmy Kimmel, Tom Hanks, Ted Danson, Howard Stern, and last but not least Alyssa Milano. Photo below:

What is even more important is the fact that everybody ignored her photo, and the photo was made back in 2013.

Here are more photos of liberal celebrities that fight for BLM:

Tom Hanks The Oscar-winning actor came under fire in 2012 when video surfaced of a 2004 school fundraiser featuring Hanks and another man wearing blackface and stereotypical African clothing. Hanks later condemned the bit as "horribly offensive."

Jane Krakowski The actress appeared in blackface in two episodes of the 2006-13 sitcom "30 Rock," in one case dressing as a Black man while co-star Tracy Morgan, who is African American, appeared as a white woman. Series creators Tina Fey and Robert Carlock pulled the episodes from circulation in 2020.

Jimmy Kimmel In June 2020, ABC late-night host apologized for a series of sketches from earlier in his career when he darkened his skin to impersonate Black stars such as NBA player Karl Malone and Oprah Winfrey. "I apologize to those who were genuinely hurt or offended by the makeup I wore or the words I spoke,” he said of the sketches from "The Man Show" which he co-hosted from 1999-2003.

Photos of Canada’s pretty boy Prime Minister, Justin Trudeau, show him in full blackface – or rather brownface – at an “Arabian Nights”-themed gala back in 2001. He was supposedly dressed as Aladdin but happened to be the only one in brownface at the event. Yikes. Not only this, Trudeau also admitted that he wore blackface for a high school talent show so that he could sing the Jamaican folk song, “Day-O” by black singer & civil rights activist Harry Belafonte. Trudeau admits his incredible ignorance on both accounts in his apologies.

Don't get me wrong there is nothing wrong with making blackface but when it comes from liberals that preach about racial inequality than these photos should go viral!

I hear Hannibal Lechter once wore a black face.

Um... I’m thinking that is more Snookie face than anything. Still, if it shuts her trap, I’m down with it. Cancel away.

She merely wanted to know what it was really like to be black. If those were only brains.

Yeah, I’m with you. I don’t think I’d call it “blackface” myself (I thought ganguro at first look) but if it makes her go away, cancel the rascist! 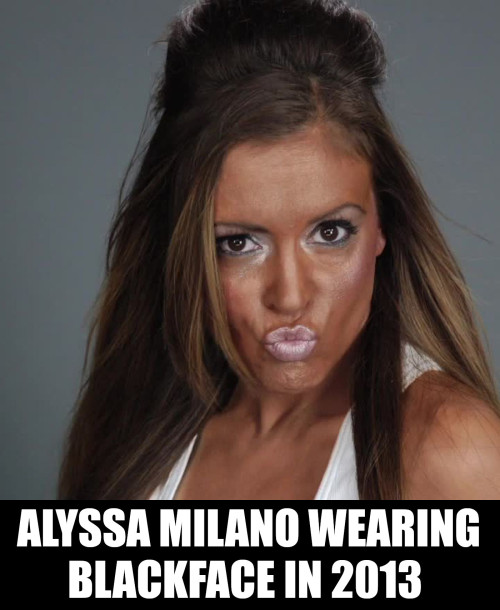 What is that she’s doing with her lips?

To me, it looks like she’s mocking Snooki from Jersey Shore. 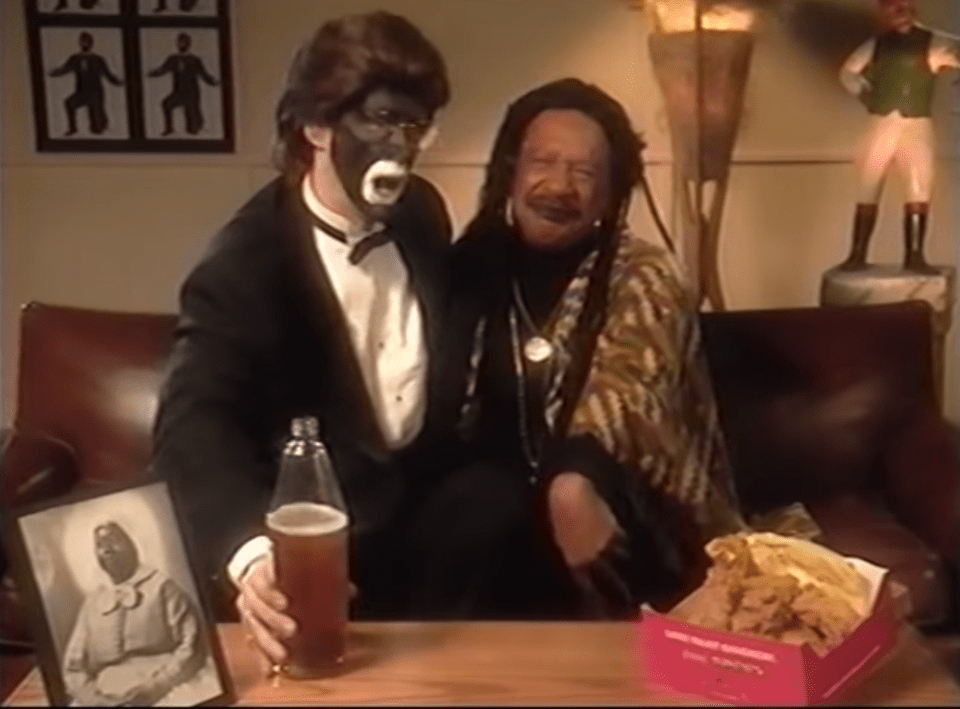 And all the n-words he used.

“I thought it looked more like an impersonation of the tanning bed gal, from a few years ago...”

She puckered those lips for more effect.

I wish I could verify it.

I could not find anything on it.

Nothing looks worse than going all oblm on something only to have it be a hoax.

Well, at least for conservatives.

She’ll claim she was just trying to have a laugh pretending she’s Sicilian after a summer at the Jersey Shore.

Is she auditioning for Skanks R Us?

It looks like she’s trying to make them look thick or something? I don’t get it. Is she suggesting something?