Every time you think the American news media could not possibly become more depraved and corrupt, they go and fool you again. – Let’s go around the horn – as all the baseball players used to day back when America still had baseball – and take a little review of some of the highlights of despicable, corrupt media behavior over the past couple of days…

Example #1: It’s the question that doesn’t get asked that reveals the corruption.

Proving yet again that the sin of omission is one of a corrupt journalist’s favorite tricks of the trade.

Watch as Nancy Pelosi gets the kid glove treatment from Tapper as she recites her false talking points:

CNN Politics ✔ @CNNPolitics Speaker Pelosi on Trump's China travel restriction: "Tens of thousands of people were still allowed in from China. It wasn't as it is described as this great moment. ... If you're going to shut the door because you have an evaluation of an epidemic, then shut the door" #CNNSOTU

Embedded video 2,591 8:20 AM - Apr 26, 2020 Twitter Ads info and privacy 3,670 people are talking about this Now, a real, actual journalist might have thought to ask the despicable Speaker a few follow-up questions:

– Ummm…didn’t you call President Trump a racist for implementing his travel ban back on January 31?

– Do you not realize that the “tens of thousands” of people you are talking about are dAmerican citizens?

– To be clear: Are you really stating that those thousands of American citizens should have been left imprisoned in China?

– To be clear: On February 24, 24 days after the President issued his travel ban, you were filmed walking around San Francisco’s Chinatown telling people that it was completely safe and there was nothing to worry about. Are you admitting you were wrong to do that?

But of course, nothing but crickets from the Democrat operative who gets paid by CNN to protect depraved Democrats like Pelosi.

Example #3: These people are soulless ghouls.

Quote: “He’s down at 38%. Pence is lower than him. I mean, he needs those people whether he likes what they say or not. And I wonder what you think about whether or not there’s some silver lining there, that some of the things that we’ve been talking about for three years may be finally catching up with him.”

You could never make these people up. Not in a million gazillion years.

And speaking of hacks, here is NBC’s Chuck Todd celebrating the Wuhan Virus for giving us cleaner air and thus, “better views.”

I’ve pointed out several times now that one of the outcomes of our dealing with the Wuhan Virus as we have done has been to deliver the America envisioned by radical environmental alarmists in their “Green New Deal”: Decimated airlines, limited travel in cars, an utterly destroyed tourism industry, negative economic growth, millions of people out of work, cowering in their homes hoping for a government handout.

But hey, our carbon footprints are lower and we have better views, so isn’t life wonderful?

This is your corrupt national news media in action, folks. Never, ever forget who and what they really are. These people hate you, and would rather you were dead.

There will be a review of the business relationships the media parent companies have with the CCP.

And that will explain why they are so willing to sell their domestic market credibility.

It’s sad that Pravda and Izvestia appear to have a slightly better (only slightly) record of truth than our media.

I really, really hope that sometime soon they will pay for these lies.
Pay often and pay dearly.

That lie there was so uterrly depraved and so stupid that Trump has decided just not even to talk to them anymore at his little task force conferences - we’ve already beaten the stupid virus anyway!

why should we believe anything that these stupid people ever say again?

I wrote a full piece on that on Friday:

I try not to repeat myself.

NBC owned by COmcast makes Billions off of Unviversal movies. NBC and CNBC TV rights in Hong Kong and China. And Universal is building a multi-billion dollar theme park in China.

Fox sold their movie studio so they make the least from China. And Wall Street Journal has been thrown out of China. Sky news has little business in Hong Kong.

Get some real Truth, long and technical ~ worth the watch 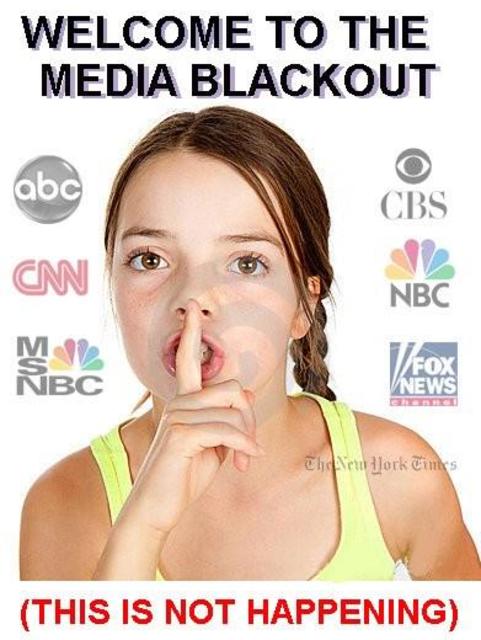 Difficult link to view, but I think I got your story.