This is a hugely important opening monologue from Tucker Carlson tonight — especially for conservatives, but actually for everybody. And most of all, for that Fox News watcher in the White House. Straight-up truth-telling right here:

He criticizes unnamed “leaders” for downplaying the virus’s seriousness, but we all know he’s talking about Donald Trump. Look at this: same administration, same day:

BUT Tucker's #1 point was that our own "leaders" MADE us completely dependent for medical supplies and drugs (and so much more) on a regime that hates us and wants us dead.

"They need to pay for what they've done. But they probably won't." -- THAT is the most important issue in America right now. Outright treason by those in the Deep State, both parties, for decades.

"A nation can survive its fools, and even the ambitious. But it cannot survive treason from within. An enemy at the gates is less formidable, for he is known and carries his banner openly. But the traitor moves amongst those within the gate freely, his sly whispers rustling through all the alleys, heard in the very halls of government itself. For the traitor appears not a traitor; he speaks in accents familiar to his victims, and he wears their face and their arguments, he appeals to the baseness that lies deep in the hearts of all men. He rots the soul of a nation, he works secretly and unknown in the night to undermine the pillars of the city, he infects the body politic so that it can no longer resist. A murderer is less to fear. The traitor is the plague."

You need to take note of your tagline. None of this is Trump’s fault. Our system of health care was ruined for years, but more so under Obama.

If you want to vote for Joe Biden to handle it, you might as well stick your finger in a light socket and get it over now.

Geesh some of you people are irritating goofs. Maybe you want Trump and Melania to stand out front of your door while you quiver inside.

43 posted on 03/10/2020 6:42:36 AM PDT by dforest (Just shut up Obama. Maybe everyone should just shut up. Particularly Mutt Romney)
[ Post Reply | Private Reply | To 26 | View Replies]
To: All
DEMOCRAPS TAKE ACTION ON VIRUS:
While the virus is spreading, Chuck Schmanure attended a raucus pro-abortion rally outside the USSC Court.
As the crowd of wild women demanded more abortion blood, Schmanure read from a prepared script, yelling out threats:
“I want to tell you, Gorsuch. I want to tell you Kavanaugh. You have released the whirlwind, and you will pay the price.
You won’t know what hit you if you go forward with these awful decisions.”

Trump can just go down the list of the times Biden kissed China’s ass.

45 posted on 03/10/2020 6:43:33 AM PDT by dfwgator (Endut! Hoch Hech!)
[ Post Reply | Private Reply | To 42 | View Replies]
To: C19fan
Tucker Carlson occasionally exhibits a single-digit IQ.
This is one of those times. He ought to be ashamed, but likely can't find the humility to do so.
Covid19 is a dangerous virus, and expecting the government to 'fix' it is childish, at best. Maniaclly suicidal at worst. 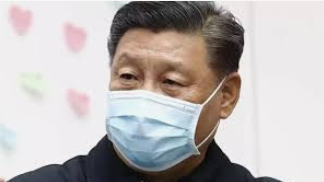 what do you suggest?

You can’t change how other people think, especially when emotion and fear are involved.

I just don’t like the subtext of criticism of the President. You don’t win a war by creating concern and dissension over your leaders.

“The people selling panic will be unhappy when this all goes away.”

Nope....then it will be hay fever or sunburn.

Thank you. I hope a few around here read your post.

52 posted on 03/10/2020 6:46:57 AM PDT by dforest (Just shut up Obama. Maybe everyone should just shut up. Particularly Mutt Romney)
[ Post Reply | Private Reply | To 42 | View Replies]
To: Vendome
"A friend of mine wanted to visit Pompeii and was told it was on lockdown. Which is ridiculous, since those people are already dead..."

You mean, gasping for breath,.........that Pompeii residents are all Democrats!?!

The Dem strategy seems to inconvenience everybody as much as possible. Then later they can gaslight and make this out it be worse than it really was. The Dems thank those on the right for helping their narrative with all their corona hysteria.

He undermined the President!

He IS part of the media hysteria!

So very tired of Tucker and his ilk.....this isn’t the first time he’s done this

“what do you suggest?”

As far as the virus goes, if we were supposed to have one million tests ready as of last week, and we have conducted only a few thousand, it sounds like Pence needs to crack down on his team.

Testing will show us up what we’re up against and where we need to focus.

Or we can do nothing and turn out like Iran or Italy.

Why did Carlson say the disease originated at a meat market? That was a bit sloppy. Did his sloppiness continue with other concepts? Do events in South Korea follow his outline? Seems like Iran and Italy are having a separate problem.

“I just don’t like the subtext of criticism of the President.”
—
I don’t put anyone above criticism. Praise when they do something right, criticism when they don’t.

Thanks, I’ll be and sure try it this afternoon at the beach!

And You, stay classy!