Well, what do you know…. All of a sudden today, anonymous intelligence officials are reporting to CNN that Ms. Pierson “overstepped” her position, was “misleading” in her briefing, and “mischaracterized” the underlying intelligence. Imagine that.

is this person a Dem supporter? I would guess, yes.

A never-Trumper? Most likely.

Should be fired right now? Most certainly.

Four more years still wont be enough to rid the govt of the dregs that Obama/Holder brought into our law enforcement and intelligence agencies... 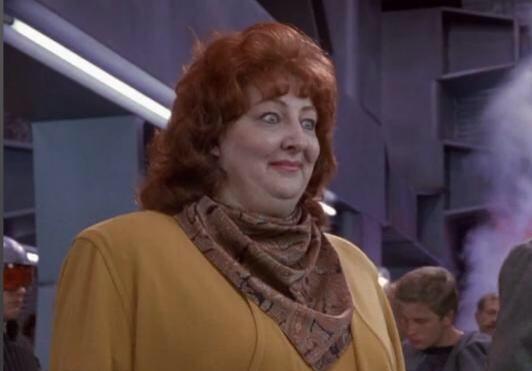 The fun and games are just beginning.

1) Get a million dollars
2) When the IRS knocks on your door, say “I forgot”.

The joke is funny because in the real world, you don’t get away with stunts like this. Until now.

Wikipedia says she has “more than 20 years” of intelligence experience. That would put her back in the Clinton era, through Bush and 0bama. I’m betting she is an 0bama acolyte, who voted for Clinton.

So they warn Bernie and Hillary and try to frame Trump,just like 2016.

The same “intelligence community” that tried to run a coup to overthrow the President should be shut down.

They are more of a danger to the Republic than what they claim to be protecting us from.

Which they ALWAYS get wrong, Soviet Union collapse, WMDs, 9/11, etc.

So to sum it up she..LIED TO CONGRESS! So where are the referrals to the DOJ for prosecution?

Cover story for the Seth Rich files to throw shade on the DNC and claim Russia is the reason Queen Hillary was not coronated as it was meant to be...

We see what you did there

Fires getting hotter and the Rats are fleeing the burning building!

In life, timing is the most important thing. To wit: Shelby Pierson, a Deep State co-conspirator in the Office of the Director of National Intelligence, spreads a lie to Chairman Adam Schiff who promptly leaks it to the New York Times. She is caught. Meanwhile, Ambassador Grennel takes up his new position as the Acting Director of National Intelligence, with orders from the President of the United States to “clean house” over there. Not good move, Shelby, not a good move at all.

She lied. Put her in prison and sell her family to the mussie slavers.

Everything the Communists ever claimed was done to them they HAVE DONE to everyone else.

The “intelligence” community is waking up to the fact that THERE’S A NEW SHERIFF in town. And he’s raring to take names and kick ass.

Excellent. Here is hoping the Sheriff has some excellent buddies to help make sense of everything.