Navigation: use the links below to view more comments.
first 1-20, 21-39 next last
The new Bolshevik revolution will come from the democrat far left. Ignorance is bliss for them. and they will pretend to teach others how great the socialist/communist system of government is, even though they know nothing of the actual suffering the victims in the past endured.
1 posted on 01/15/2020 9:57:11 AM PST by USA Conservative
[ Post Reply | Private Reply | View Replies]
To: USA Conservative

I pray for James safety

I have been referring to the globalist left as “pure evil” for a long time. This video is evidence supporting the conclusion I had already reached. When it comes to communists killing or imprisoning those who do not support their totalitarian state, we took an oath long ago, and that oath had no expiration date.

3 posted on 01/15/2020 10:07:42 AM PST by Pollster1 ("Governments derive their just powers from the consent of the governed")
[ Post Reply | Private Reply | To 1 | View Replies]
To: USA Conservative
First, recognize that most campaigns don't formally "screen" volunteers.

Second, conservatives are more likely to be law abiding by nature.

Third, when you espouse communist views, why would you be concerned with extremist views from your volunteers?

Oh but they do know, and want to inflict this hell on every Liberty Loving American, the sooner the better. 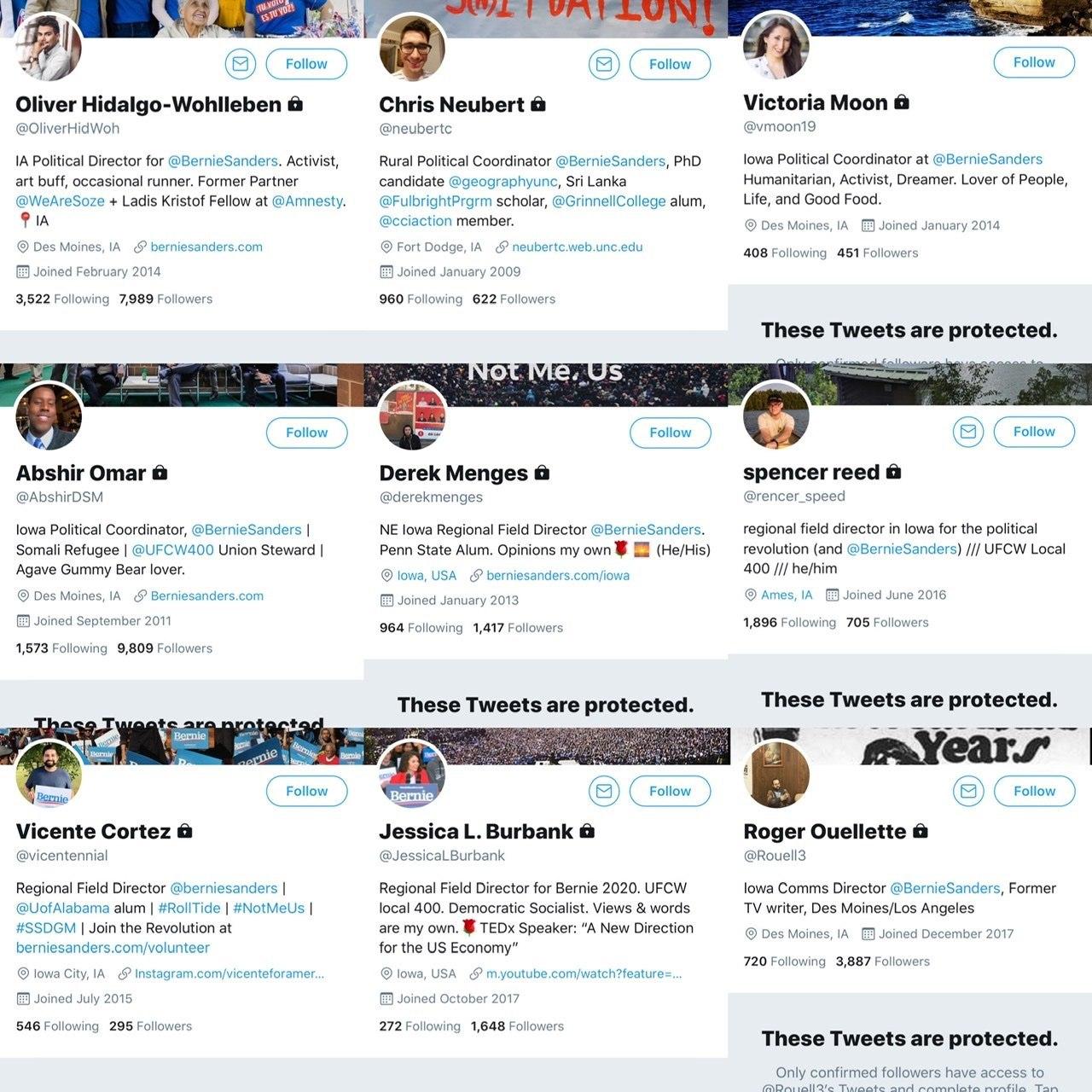 I hate to tell James but for a large percentage of democrats, this guy is expressing their exact feelings. As revulsive as this is to us, Bernie could successfully use this as a campaign ad for the dem nomination.

The idea of CWII is still laughable to a lot of people. It could never happen! but stuff like this should give anyone pause. If Sanders loses, Milwaukee will burn, Rule of Law means nothing, Democrats lie and make up evidence in an effort to overthrow the lawful president.

Their efforts to cheat and gain the upper hand have all failed so far. But if they “win”, a lot of people are going to say “No you don’t”.

If we don’t stop it, we really will be a banana republic, and we may well have gulags.

Kyle Jurek: “I’m an Anarcho-communist…I’m as far left as you can possibly get.”

“There’s a lot of me’s in the Bernie campaign.”

So under the candidates name, they allow people who've never been screened to show up at people's private residences?

If nothing else, free “cannon fodder”.

Yup. The VetsCoR motto and my personal: An Oath is Forever

The dude in the video is paid staff, not a volunteer. That said, he is a very low level field coordinator so the campaign wouldn't have done high scrutiny, but there should have been at least a cursory check. He would also have had brief training and he reports up a chain of command that should have some idea of what he is saying.

I wouldn't make too much of the incident, BUT … there is always the reliable field test of "what if this had been a Republican staffer and campaign?"

Bernie should be asked to repudiate this at every stop from now until he leaves the race. And every other Democrat candidate should be grilled on it as well. That's what would happen if the shoe was on the other foot.

I wonder if Bernie has ever denounced the gulag? Or if he thinks Solzhenitsyn was a traitor to the revolution, and the Kolyma "reeducation" centers are on his bucket list for a second honeymoon.

I have no doubt that weirdo genuinely believes what he is saying. I doubt anything short of a lead infusion delivered at 2800 ft./s will change his mind. These people aren’t going away. I believe the Dim convention will make ‘68 look like a Sunday school picnic.

I would challenge any and all to do some research on the weather underground; the FBI infiltration; Bill Ayers; the Obama connection; what their end goals were; and the China/Russia connection. It would make anyone’s hair cringe. And, we should all be concerned. Those wheels are still in motion.

Since it is happening WITHIN his campaign staff he needs to speak on it this week.

“When it comes to communists killing or imprisoning those who do not support their totalitarian state, we took an oath long ago, and that oath had no expiration date.”


I took an oath also, as an attorney, to preserve, protect and defend the Constitution.


However, I’ve sworn a FAR more important oath to my family. You see, my paternal grandfather’s father was stripped of all of his property in Russia in the 1920s, property that he had done back-breaking work over the course of 4 decades to acquire. He was allowed only to retain his home. Forward to 1936, when he had cancer and couldn’t work to put food on his table - from a man who had been wealthy not long before. So he rented 3/4 of his house to 3 other families...and before long, someone reported him. This sick old man was dragged to an NKVD prison by Stalin’s goons, and nearly beaten to death before being released. A few months later, in 1937, he was again taken away (for no particular reason, nothing else had happened and he wasn’t collecting any rent), and this time the SOBs actually did beat him to death. I remember, as a kid in 1969, my grandfather crying like a baby after he got back from a brief visit to what was left of his family nearly 50 years after he had come here. Undoubtedly, he first found out what had really happened on that trip. I will NEVER forgive Communism or its adherents for what they did to him and to the rest of that side of my family (because those who survived lived in what was effectively a gigantic open-air prison for 75 years).

So my vow to my present family is that if Communists or their thinly-veiled ideological compatriots take over this country, and they try to do something similar to us, that this time it will not be for free - not by a LONG shot. If they succeed, it will be at the highest cost that I can inflict upon them.

There is definitely crossover between Antifa and Bernie’s campaign and I’m sure other Leftist politicians. Jurek pretty much confirms also that the radical environmentalists are in lockstep with Communists. They look at the coming “climate change catastrophe” as justification for violent revolution. Of course, climate change is a debunked theory. Ice core samples show that warming would precede increases in CO2, not the other way around.

Is this the same giy as the first vid? If so it’s beating the same horse. Sad to say but a Lefty O’Keefe, if one exists, could likely find some ranting racist skinhead working somewhere in the Trump campaign. O’Keefe needs to show these rantings go much further than one commie nut.