Despite the headlines about an eight-point advantage for Democrats in the generic congressional ballot, the detailed results of today’s Washington Post/ABC News poll should make most Democratic Party leaders and their billionaire benefactors sweat.

First, the eight-point gap represents a five-point drop from the same poll just three weeks ago, when Democrats had a 13-point advantage. (Like most polls, the sample favors Democrats by six points among registered voters.)

But even more ominous for Democrats is how specific voting blocs responded. If Democrats are going to win control of the House, they need to pull votes from independent women and women in the suburbs, and support for the generic Democratic congressional candidate has dropped significantly among these two groups. Independent women now are split between Republicans and Democrats; this is a seismic shift from the results of its October poll, which gave Democrats a 33-point lead in this group. Further, Democratic women appear less likely to vote than Democratic men, Republican men, and Republican women.

Suburban women now favor a Democratic candidate by 11-points, a lead that’s been cut in half since last month. Since many of the Republican toss-ups and “lean Democratic” seats are located in suburban areas, this could portend trouble for Democrats. At the same time, the GOP has made big gains among non-college white men and rural residents.

To me the choice is obvious for anyone: We’ve had 2 years of unprecedented economic growth, prosperity and record setting job creation while the other side has offered nothing constructive but non-stop 24 hour a day criticism, hostility, violence, false accusations and race flaming. Anyone who can’t see that has mental issues and those people are in the minority, so I think Republicans are going to do quite well Tuesday.

21 posted on 11/04/2018 1:47:13 PM PST by GrandJediMasterYoda
[ Post Reply | Private Reply | To 1 | View Replies]
To: All
“...Independent women now are split between Republicans and Democrats; this is a seismic shift from the results of its October poll, which gave Democrats a 33-point lead in this group...”

A direct result of the the ‘Kavanaugh Effect” I bet...:^)

I have dreams, and I have fantasies. Above all, I have hopes. The rational side of my brain says that only true believing wack jobs would support Democrats. I will not be shocked by anything, but my intuition favors Republicans.

Bolshekrats are delusional in thinking their time has come.

I keep hearing TV Yappers claiming that “suburban women” are not “Trump supporters”.

Can someone help me out here? Who are these suburban women? Why don’t they support Trump?

I am a woman, live in the ‘burbs, and I really like what Trump is doing for our country. Am I the only one? Didn’t these women see what the dems would do to their husbands, sons, fathers, if the latter had a different point of view regarding reality?

Who decides these things?

RIght—the biggest issue in fact is border security, and Trump owns that at this point.

I am unfortunately in a Coastal Blue State area, however, and I can attest to too many of our loony suburban women having fallen for all the MSM accusations against Trump.

26 posted on 11/04/2018 2:00:56 PM PST by 9YearLurker
[ Post Reply | Private Reply | To 5 | View Replies]
To: GrandJediMasterYoda
And there are small micro examples like this that shows that the liberals and organizations that tend to be liberal are all talk - and when it gets right down to it - they aren't that motivated at all.

But to date, only 120 people have showed up. So disappointing. People talk the talk but --- ah whatever. More Hollywood hypocrisy.

This guy is a fairly influential writer/show runner - I believe he is liberal - and he is disgusted with hypocrisy from his fellow guild members. 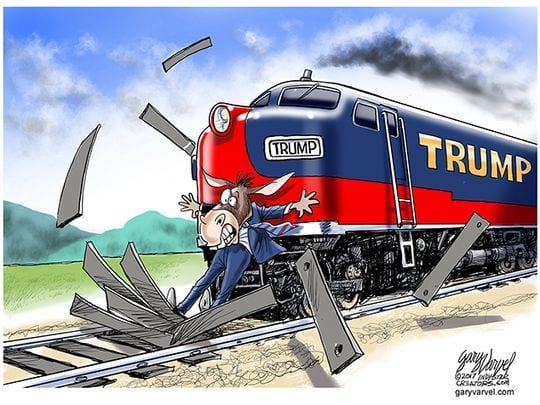 The top two issues—health care and the economy

interesting- everything i’ve read says immigration is the top issue- but liberals and/or liberal media can’t/won’t talk about that..

The LSM has no grasp on the illegal issue. They simply don’t get it. If the invasion was happening at a NYC airport there would be a whole different tone.

I've always assumed Dems used polls to figure out where to cheat by using dead votes, multiple votes, and illegal votes to put their candidate over the top.

They'll do it this election big time - no more assuming they will win just because they're Democrats. They will go all out this time...

Julie Kelly is a Leftist halfwit. 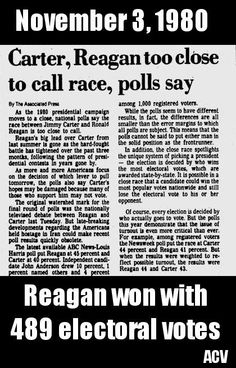 The polls have been fake all along. Now they are starting to adjust them in order to save face. Too late. It won’t work.

Trust Democrats to handle immigration? I don’t think so.

Business is booming. Lefties need to focus on the shopping, TV shows and parties with the extra money they’re getting! If they do that, they’ll get more money! See how that works?

Oh, and texting. They need to make sure that they’ve answered all of those texts in order to stay on top with their many friends. That’s the way to keep their management and clerical positions.