When Did Donald Trump become a Racist?
The Philadelphia Tribune ^ | August 17, 2018 | Raynard Jackson

With the mainstream media focusing on the one-year anniversary of the Charlottesville riots of last year, many news organizations are basically blaming President Trump for stoking the hatred and racial tension that led to the violence in that small college town, because of his coarse rhetoric on immigration and the NFL player protests.

I will concede that Trump is not without blame in contributing to some of the coarseness of our society, but it’s hard to deny the fact that Trump has been consistent his whole, adult life.

Trump has always been brash, arrogant, self-centered, abrasive in his language, and never one to let the smallest slight go without a response.

For decades, Trump has been the toast of New York City elites and the media has always clamored to get interviews with Trump. Anyone who spends time in the Big Apple knows that stories about Trump sell newspapers and his TV interviews garner epic ratings.

Even before Trump opened his hotels in Atlantic City, N.J., both ordinary people and celebrities would line up to get pictures with Trump; the real estate tycoon would parade very influential and aspiring politicians into his office and have them grovel for his support and money; and they were happy to do it, especially if there was a news crew around.

This adulation came despite some of the “negative” things that we have all known about Trump’s business practices; facts that we have known for decades.

In the early 1970s, Trump and his father, Fred were sued by the Department of Housing and Urban Development (HUD) for housing discrimination. The Trumps counter-sued and settled on entering into a consent decree which did not include any admission of wrongdoing.

This case was widely covered in the New York media.

In the late 1980s Trump called for the death penalty for the “Central Park 5,” a small group of young, Black and Hispanic men, who were falsely accused of raping a woman in the famed New York City park. The five men served years in jail; years later, their convictions were overturned.

Trump called for death penalty for the men in that case, despite all the evidence pointing to their innocence. Again, this issue received massive amounts of media coverage all over the world.

Despite this notoriety, the Reverend Jesse Jackson heaped tons of effusive praise upon Donald Trump at his 1998 Rainbow/Push Coalition Wall Street Project Conference in New York. There is simply no way to explain away Jackson’s high regard for Donald Trump, based on this video.

In a similar manner, the Reverend Al Sharpton cozied up to Trump quite a bit in the 1980s and beyond, according to a detailed expose in the National Review. They had mutual business dealings together that seemed to be based on each of their personal agendas. They each had something that the other wanted and needed and struck deals based on this set of mutual interests.

Trump both raised funds and contributed thousands of dollars to Sharpton-backed causes over the years according to National Review.

Even Oprah Winfrey got in on the act. She and Trump were known to have socialized together on occasion according to Fortune magazine.

In recent interviews, both Jackson and Sharpton have alluded to the fact that they have not changed, but that Trump had changed; that’s why they are distancing themselves from Trump.

Yet, they all had full knowledge of the previous HUD settlement and Trump’s views on the Central Park 5. Why was he not called a racist back then by Jackson, Sharpton and Oprah?

There is nothing new that we have learned about Trump since he has become president. Trump has consistently been who he now is for more than forty years. These Black folks who now want to brand Trump as a racist didn’t seem to mind associating with him when he owned casinos; when he was one of the biggest boxing promoters in the world; when he flew them around on his private jets and helicopters, or when he invited them to appear on his “Apprentice” TV show.

So, the question that I ask Black America and White liberals is this: When did Donald Trump suddenly become a racist? Before he entered the world of politics, he was branded as the life of the party; now that he is president, he is being branded as a racist.

For a racist, Trump seems to have a very eclectic group of friends from all walks of life.

An interesting point of fact is that Mar-a-Lago is located in Palm Beach, Florida, one of the wealthiest communities in the United States. Two of Mar-a-Lago’s competitors—the Palm Beach Bath and Tennis Club and The Everglades Club—have notoriously refused to admit Blacks. The Miami New Times reported that Hollywood legend Sammy Davis, Jr. was once kicked out of The Everglades Club, “because he was Black and Jewish.”

In comparison, according to a Complex.com listicle on the “25 Most Outrageously Exclusive Social Clubs in America” Trump’s Mar-a-lago club, doesn’t discriminate against anyone who can afford the $150,000 initiation fee and $7,000 in annual dues.

The Wall Street Journal reported that, in 1996, “Trump filed a lawsuit in the U.S. District Court in Palm Beach, alleging that the town was discriminating against Mar-a-Lago, in part because it is open to Jews and African Americans.”

The obvious answer to my question posed here is that Trump and his relationship with minorities is very complicated, but the lazy media keeps trying to proffer simplistic answers to a complicated issue.

To those who are instinctively going to disagree with this column, please answer my simple question: When did Trump become a racist? 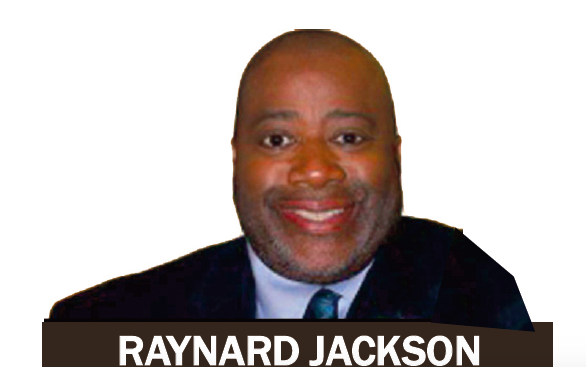 When he became a Republican according to our media

“When Did Donald Trump become a Racist?”

About a millisecond after he identified as a conservative and some liberal media moron drew a breath of air. It’s in the liberal based job description they created for us.

In the eyes of the media, you mean? Why, the second he announced a candidacy as a Republican, of course. Quite a coincidence.

The minute he announced he was running for President.

when the media and perpetual victims of our society said so

Part of his Russian training. It’s a side effect.

" Of the 37 youths brought in for questioning about the
multiple violent attacks in the park that night, only 10
were charged with a crime and only five for the rape of the jogger: Antron McCray, Yusef Salaam, Raymond Santana, Kevin Richardson and Korey Wise. All five confessed -- four on videotape with adult relatives present and one with a parent present, but not on videotape.

When did the Phildelphia Tribune become used toilet paper?!?

10 posted on 08/17/2018 4:47:43 PM PDT by McGavin999 ("The press is impotent when it abandons itself to falsehood."Thomas Jeffersons)
[ Post Reply | Private Reply | To 1 | View Replies]
To: Lurkinanloomin
The minute he announced he was running for President.

I believe President Trump was genuinely surprised by the vituperative attacks that came at him from his former "friends".

It took a great man to get past that and prevail.

11 posted on 08/17/2018 4:48:05 PM PDT by marktwain (President Trump and his supporters are the Resistance. His opponents are the Reactionaries.)
[ Post Reply | Private Reply | To 5 | View Replies]
To: AnotherUnixGeek
the second he announced a candidacy as a Republican, of course

As a republican there is an acceptable stance you can take. You just declare that you know the racist history of your party, find this unacceptable and wish to set a higher standard, which you will do by caving to everything demanded by the left.

Anyone who resists the communist march is a racist. Punch these commies in the mouth, and they stop calling you a racist. Guaranteed.

He even shared women with these rap mogul fellow billionaires.

It never made sense that he was racist given his friendships and associations.

I’d say the BirthC is when they started.

Is there no limit to the number of Trump haters and Trump bashing hit pieces you will provide a forum for here on FR?

A black man defending Trump from charges of racism isn’t a hit piece no matter what you claim.

Really enumerated? You don’t see this from a New Yorker??? That’s why people love him and the press hates him! no “thousand points of lights or I feel your pain” pussys. A George S. Patton genius who doesn’t care what he says. He only cares about the results! All the greatest leaders in history were all brash, arrogant, self centered and abrasive. The first man in 40 years that will not bow to political correctness.

Or maybe Mr. Jackson is simply unaware of that.