If left to their own devices Progressives will always tell you definitively who they are and what they believe;  then they will follow their irrational beliefs to their illogical conclusions.

Exhibit A (via Victory Girls):

Trump, however, has it exactly backwards: The solution to America’s immigration problems is open borders, under which the United States imposes no immigration restrictions at all. If the U.S. adopts this policy, the benefits will far outweigh the costs.

Government will then have no need to define or interpret rules about asylum, economic hardship, family reunification, family separation, DACA (Deferred Action for Childhood Arrivals) and so on. When all immigration is legal, these issues are irrelevant.

Think about the money we could save and make
Expenditure on immigration enforcement would shrink to nothing, because open borders means no walls, fences, screening at airports, ICE (Immigration and Customs Enforcement), deportations, detention centers or immigration courts. A 2013 report estimated that immigration enforcement cost more than $18 billion annually, and standard indicators suggest costs have grown further since then.

They will send their best
The government’s fiscal balance could actually improve with more legal immigrants earning income and paying taxes in America. And under open borders, any added immigration will plausibly come from those with even higher skills and incomes, who faced weaker incentives to immigrate when faced with the burden of current restrictions.

Expenditure on the welfare state will contract because even if immigrants vote for welfare spending, existing residents will vote for less generous benefits when they believe these accrue to recent immigrants. 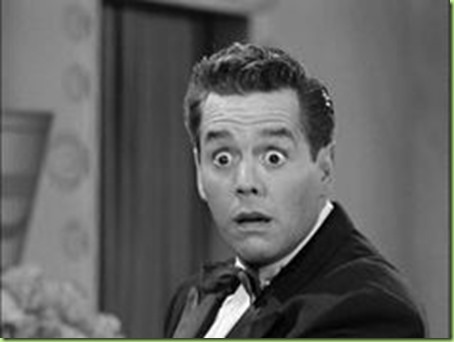 There’s lots more for after you’ve had your covfefe. For now allow me to point out that this drivel was written by Jeffery Miron, Senior Lecturer and Director of Undergraduate Studies in the Department of Economics at Harvard University, as well as Director of Economics Studies at the Cato Institute. ECONOMICS for crying out loud! At first I thought Mr. Miron was writing satire along the lines of Jonathan Swift’s A Modest Proposal but alas, he’s serious.

Clearly the esteem that is bequeathed to academics is misguided. Do you know who else (besides Nobel Prize in economics winner, Paul Krugman) is an economist? Little Ms. SJW and Democratic Socialist of-the-moment Alexandra Ocasio-Cortez:

Ocasio-Cortez graduated from Boston University, majoring in economics and international relations, and later worked for Senator Ted Kennedy's office where she focused on immigration issues.

After graduation, she returned home and became a community organizer. However, with the recession taking hold, along with the financial issues her family faced after her father's death in 2008 from cancer, Ocasio-Cortez took multiple low-wage restaurant jobs to help keep them afloat.

Note that “took multiple low-wage restaurant jobs” to keep her family afloat is political spin for “she couldn’t even hack it as a community organizer so she went back to tending bar for tips.”

If after reading this you still don’t think there’s an education bubble you are either not really trying or you are a Progressive.

There’s a whole lot of AI going on around here.

I could ALMOST go along with open borders, IF we could end the giveaway and entitlement programs we have here. It’s suicide.

In any case the people migrating here from foreign $#!+holes will bring the cultures with them that turned countries into cesspits. The whole country could be an open air latrine like San Fransicko. Something to look forward to.

3 posted on 08/01/2018 6:12:17 AM PDT by Little Ray (Freedom Before Security!)
[ Post Reply | Private Reply | To 2 | View Replies]
To: NOBO2012
Yes let's adopt open borders, and in turn let's stop all safety nets. Then those looking for a free ride will not come to this country. Also while we are at it, let's do away with murder laws, and then individuals could freely eliminate the bad actors who may still come.

Of course I am being facetious, but let's see if they accept open borders with the new rules. I mean if we are going to accept one form of lawlessness then let's except all forms.

A long time ago PJ O’Rourke wrote an article comparing Venice Italy to the Venetian Hotel in Las Vegas. Bottom Line - The Venetian was better because it lacked the decay and stench of the original Venice. He then pivoted to immigration saying that immigrants should only bring folk dancing and food with them and leave everything else back home. It sounded a little radical almost 30 years ago, but now I think he nailed it!

I have this nightmare picture of an open border and masses fleeing Venezuela for the socialist giveaways of the US.

what the leftists seek simply IS the destruction of America

Simply put - they are the enemy

“I could ALMOST go along with open borders, IF we could end the giveaway and entitlement programs we have here. It’s suicide.”

I am sorry but that - your idea - is just as suicidal as the idiot professor’s at Harvard.

If our borders were simply open, how many millions from around the world do you think would hold back and NOT jump at the ability to just automatically come here?

End the giveaway and entitlement programs but still require disease checks. These people who we would thus turn into legal immigrants are bringing diseases into this country which we had previously pretty much wiped out here and those same disease ridden once illegals now legals will keep bringing them in. Now we have invincible tuberculosis in the country and the jungle diseases of central America are showing up.

9 posted on 08/01/2018 11:38:24 AM PDT by arthurus (o.o',"-.:.*,|X|o-&#305;_-)
[ Post Reply | Private Reply | To 2 | View Replies]
To: Dr. Pritchett
End the giveaway and entitlement programs but still require disease checks. These people who we would thus turn into legal immigrants are bringing diseases into this country which we had previously pretty much wiped out here and those same disease ridden once illegals now legals will keep bringing them in. Now we have invincible tuberculosis in the country and the jungle diseases of central America are showing up.

With no possibility of government assistance open borders would not be the Democrat base to total and eternal power. Without vetting and disease checks the cuontry will become an African medical case.

Without the freebies we would get no more gimmes unless the religious orgs take up the slack which they cannot but for the huge payments the government gives them for housing the captured and redistributed illegals. All that has to end, too.