Michigan’s primary is August 7 and last weekend the Progressive People’s Heroine from the Republic of New York came to my state to promote her equally progressive choice for Michigan’s governor. Why anyone should care who a socialist bartender from the Bronx thinks should be governor of our state is beyond me, but here she is, in her F-Me boots, promoting fellow socialist, Abdul El-Sayed. 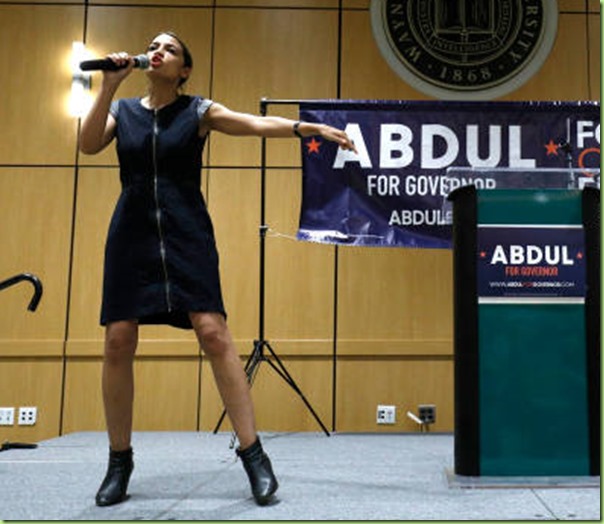 Yeah, let’s elect more of that.

If you’re keeping track, El-Sayed was likewise endorsed by Bernie Sanders last week so it looks like he’s pretty much got the Progressive Democrats United votes locked up. And he’s got the Bernie-bro platform to keep them:

He has pledged universal healthcare to all Michiganders if it fails on the federal level, says he will push to legalize marijuana and says he will raise the minimum wage to $15 an hour and make Michigan a “sanctuary state”: as a spokesman puts it, he is “unwilling to waste state taxpayer money to enforce federal law that would rob small businesses of hardworking employees and tear apart families.”

Sure, there are still a lot of people holding irrational fears about nominating another guy with a funny sounding name. But here’s a hard-hitting interview that should allay the fears of all of you prejudiced Islamophobes:

The rumors surrounding El-Sayed’s faith are small but persistent, spread by a handful of far-right websites preying on the uninformed and fearful.

One morning, I asked him about them over breakfast.

“Are you the spear tip of a vast Muslim conspiracy to bring Sharia law to the US?”

“Are you a front for the Muslim brotherhood to pervert American politics towards terrorism?”

“Were you handpicked by George Soros to lead a vast liberal takeover of the government?”

So there you have it: the man is not in favor of Sharia Law, he’s just a progressive socialist. I leave it you you to determine which is worse. 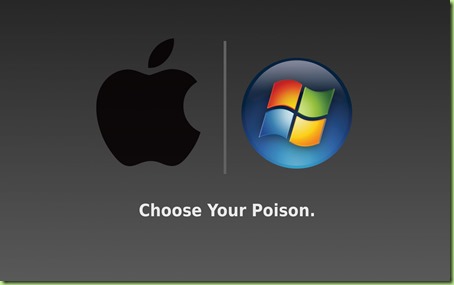 Remind me and tomorrow I’ll tell you about my problems with my less-than-a-year-old-top-of-the-line-computer - assuming it’s still functioning at all.

So...exactly who IS this Progressive People’s Heroine from the Republic of New York?

Hopefully the good people of Michigan are smart enough to realize this Ocasio girl is totally clueless. Please keep an eye on this Abdul El-Sayed. Don’t let him gain traction.

I tuned in for the picture of the boots!! :)

Don’t forget fellow socialist Shri Thanedar. Pity I need to vote in the Republican primary this year. It’d be fun to cross over and vote in the DemocRATic primary.

Girl has got some wide undelicate knees though, don't she. Looks like she's working on a pair of Hillary-style straight pipe calves as well. She'd benefit from working in some sculpting exercises before she has a full-blown case of the cankles.

I appreciate your thoughtful comments and discriminating taste.

Abdul is a muslim plant.
Muslims lie profusely to promote their radical agenda.
Abdul lies...just like odongo.
Every question he answered, the opposite answer was the correct one.
Chose wisely, Michigan.

I’m from Michigan but no longer live there. Last week, we were there on vacation and got to watch some TV. Political ads were constant.

On the republican side, I favor Bill Schuette. I think Brian Calley’s ads are very deceptive.

On the rat side, Shri Something or other, the Indian guy with the James Brown haircut is a flat out liar when he ways Trump called him an infestation as a legal immigrant.

Gretchen Whitmer seems like a loud shrill busybody who will just be in your face. And he main thing is fixing the roads. Judging by the over 20 miles in detours needed to get through Detroit, the roads are getting fixed.

10 posted on 07/30/2018 6:22:20 AM PDT by cyclotic ( WeÂ’re the first ones taxed, the last ones considered and the first ones punished)
[ Post Reply | Private Reply | To 9 | View Replies]
To: Bloody Sam Roberts
So...exactly who IS this Progressive People’s Heroine from the Republic of New York?

Alexandria Occasional-Cortex, a Democrat nominee for the House of Representatives from New York.

Politically she makes Bernie Sanders look like a member of the John Birch society.

Marxist Barbie will do more harm than good for her cause.

That's rotten. I wish you luck.

I need to build a new desktop, and I'm going with a Linux flavor while running Windows 7 under a 'virtual machine'. XP on a core 2 quad still works at this point, but is getting aged.

My wife got an unsolicited ted message from this a**hole last week, looking for support. Told him to immediately stop send us this crap.

Was it made by HP?

Mine was and is dying of a USB Host Controller failure just outside my 3 year (expensive) extended warranty and a complete inability under Windows 7 to reliably update ANYTHING under Win update.

PS: Go with Toshiba for laptops - buying American was my motivation getting an HP - boy am I sorry.

That dress looks like it comes off pretty easily, too.