I’m so old I remember when the University of Michigan was renowned for it’s STEM programs. Clearly this is not your patriarch’s university anymore. Even if that wasn’t a sexist comment.

Summary: Everything wrong with higher education in 2 tweets - or as the Instapundit might say - 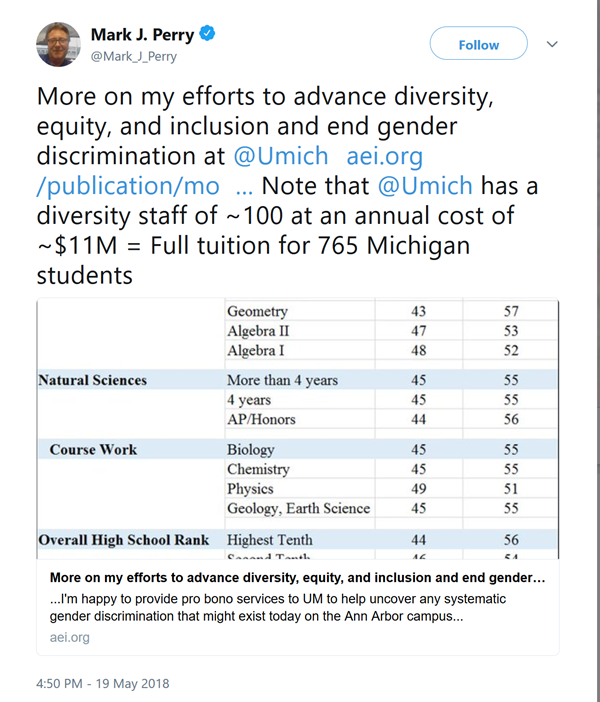 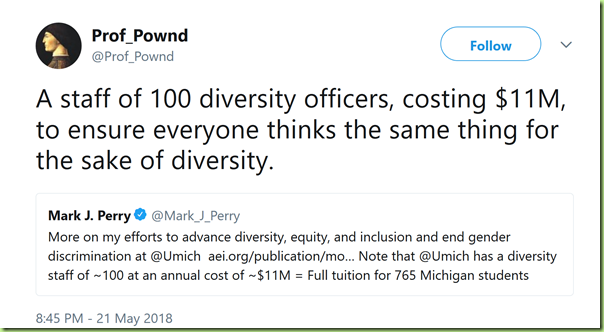 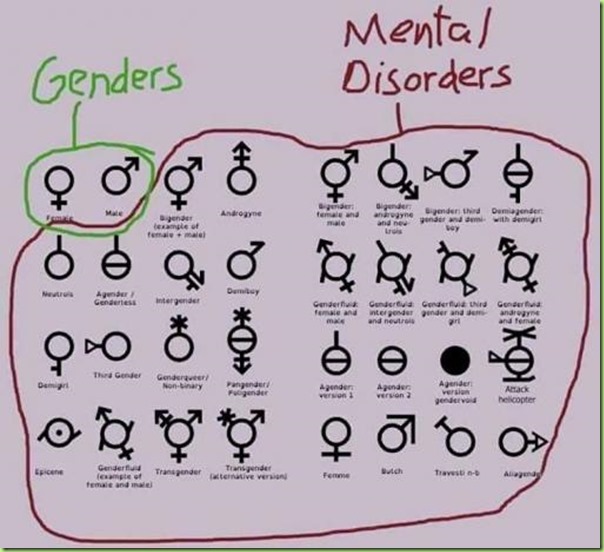 Comprehension of this chart entitles you to a baccalaureate degree in GENDER STUDIES from the MOTUS University of Life Sciences.

Fail, fail, to Michigan,
The snowflakes of the West.

14 teams in the Big Ten.
No wonder they’re confused...

Diversity staff of 100. What a racket. All no doubt getting a generous salary and full bennies.

Which is a great reason to be worried about any new bridge built in the last ten years.

That's because four of those teams aren't REALLY in the Big Ten...

...they just identify as being members ...

Michigan was always part of the vanguard. Even in the 1930’s they had a radical edge. The 60’s same thing. Radical student voices were always strong at Ann Arbor. The only thing that has changed are the causes and caving to PC trends and pressures.

I’m so old, I remember when homosexuality was deviant behavior.

The trips were paid for by alumni, isn’t that illegal under the NCAA rules?

The way I understand NCAA enforcement, Blue Bloods like Michigan get a free pass :)

Back when there were 10 it was the Big 2 Little 8. They didn’t like that so they messed with the numbers.

The times were changing. Johnny Carson would look at Ed and say, “Not that there’s anything wrong with that ...”

I was raised during the Bo era, so I’m not old enough to remember when UM was great. I’m starting to forget how long ago MU/OSU was considered a rivalry... 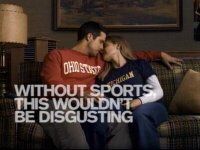 That's before recruiting was completely nationalized. Regional and state ties were important and even the elite programs relied heavily on in-state recruiting. The two big population states dominated the small population states. Illinois should have been able to hang with Michigan and Ohio State except that Chicago had no particular attachment to the rest of the state and was the happy hunting ground for the whole league.

Television dollars and the erosion of academic standards have changed college football beyond recognition, and not for the better.

I'm so old,I remember when the air was clean and sex was dirty.

“...Mean-hearted harpies are breaking all the laws
Tearing up their girdles and a-burning up their bras,
Now the air is dirty and the sex is clean
And your coffee makes my hair turn green...”

19 posted on 05/22/2018 8:28:45 AM PDT by jjotto ("Ya could look it up!")
[ Post Reply | Private Reply | To 18 | View Replies]
To: NOBO2012
Strange, isn't it, that he does not look at the non-STEM classes and majors, where women are already vastly in the majority. Women now make up 57% of all college students... 2.2 million fewer men than women... and the females have full freedom to choose their majors... and yet the Diversity Police must punish any major that these women do not choose often enough.

Or maybe the women must be punished and forced into majors that they don't want, just like anti-segregation busing in the old days. Won't that be grand?