Along with everyone else I was betting on Justify to win the run for the roses.  And win he did, by an impressive two and a half lengths – in the mud no less! This was only his 4th race and he’s won all of them. 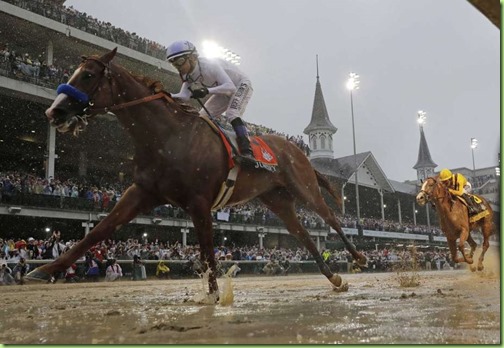 In the stretch, with nobody breathing down his neck

Although the truth is whether you win by a length or by a nose, it’s still a win. Just ask Donald Trump.

The real reason I was hoping this Kentucky bred beauty would win is so I could speculate if he was named after the Justified TV series also set in Kentucky. It was one of my winter binge-watching obsessions. It’s a six season series (2010-15) about a somewhat rogue U.S. Marshall based in Harlan county Kentucky. I suspect  the residents of Kentucky are not fond of the way their state is portrayed as a viper filled pit of crime, neo-Nazis, meth dealers, born again charlatans and strip mining, but it is cinema, after all. And the show contains plenty of gun work, Raylan is involved in at least one violent confrontation per show.

Now I’m not normally a fan of the crime genre but as I made Raj watch The Crown (which he surprisingly enjoyed almost as much as I did), Justified was his pick. And as it turned out, it was a fine one; well crafted and well written, the show provided many long winter evenings worth of entertainment.

Timothy Olyphant stars as the Kentucky born laconic U. S. Marshall Raylan Gibbons, a man who seems not so much flawed, although he is, as he does incomplete. The Raylan character is the creation of the brilliant Elmore Leonard – a renowned literary crime writer sometimes known as the  “Dickens of Detroit” because so many of his prolific good guy/bad guy sagas are based in his native Detroit. Both Raylan and his nemesis, Boyd Crowder brilliantly played by Walton Goggins, are based on a novella titled Fire in the Hole. Leonard remained very involved in the series until his death in 2013. 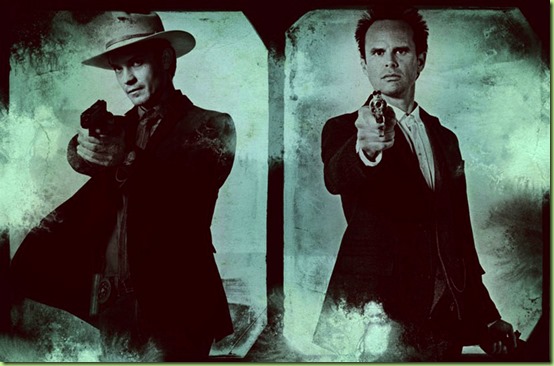 If you’re unfamiliar with Leonard’s work, or remember only some very badly adapted films based on his work, check out Christopher Orr’s Atlantic article. He was another of Detroit’s treasures now part of its history. 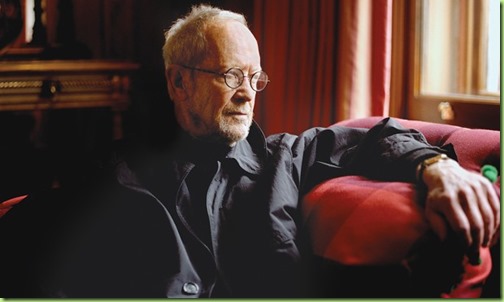 Full disclosure: Leonard was a good friend of my old boss. That however would auger against my admiration, IYKWIMAITYD.

And now, because we’re talking about horses and  cowboys, check out these little guys: they could grow up to be a either a winning Kentucky Derby jockey or a U.S. Marshall based in Kentucky.

Y’all can provide your favorite version of Mama Don't Let Your Babies Grow Up To Be a Cowboy. And have a great Sunday. We’ll still be on the road.﻿

I could speculate if he was named after the Justified TV series...

..was thinking the same

"Walden said the name doesn’t have any particular significance. “We do work hard at names,” Walden said. “We think they’re important. We look at it like, ‘If this horse wins the Kentucky Derby, would this be a cool name? I don’t want ‘Jim Bob’s Corvette.’ That why we’ve had names like Commissioner, Constitution, Creator, names that mean something. We don’t look at mother and father like a lot of people do.”