I hate to link to the New York Times, but Amy Chozick’s essay adapted from her upcoming book “Chasing Hillary” does reveal  some truths about the Hillary Clinton 2016 campaign.

Apparently there really was some media bias!

I know this is hardly news but it’s fun to see it exposed and this way you won’t have to buy the book. But if you refuse under any circumstances to click on the NYT you can read some of the highlights at ACE including some feel good moments like this:

Mook eventually delivers the news of impending defeat to Clinton. "I knew it. I knew this would happen to me,” she answers. "They were never going to let me be president."

Perhaps if she had listened to her advisors - who suggested she might need to work on that “unlikable” aspect of her persona - instead of blowing them off with comments like “You know, I am getting pretty tired of hearing about how nobody likes me,” she might have been able to reduce her “unfavorable” numbers. 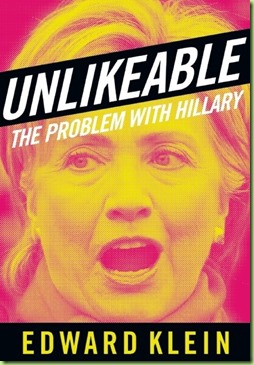 And then there is the infamous “deplorables” quip which we are advised was far from off the cuff but rather  a practiced phrase that was always guaranteed to get a good laugh in the enclaves of the rich and entitled:

“The Deplorables always got a laugh, over living-room chats in the Hamptons, at dinner parties under the stars on Martha’s Vineyard, over passed hors d'oeuvres in Beverly Hills, and during sunset cocktails in Silicon Valley,” Chozick continues.

And although Hilz was amongst a crowd of wealthy donors, by design free of hostile reporters, somebody had infiltrated the confab and recorded Her Nastiness at work:

You know, to just be grossly generalistic, you could put half of Trump's supporters into what I call the basket of deplorables. Right? The racist, sexist, homophobic, xenophobic, Islamophobic — you name it…Now, some of those folks — they are irredeemable.

And while this was the first most of us heard about it, apparently the biased reporters who covered her had heard it many times before:

That was no slip of the tongue, since "Hillary always broke down Trump supporters into three baskets," Chozick writes.

“Basket #1: The Republicans who hated her and would vote Republican no matter who the nominee.

Basket #2: Voters whose jobs and livelihoods had disappeared, or as Hillary said, 'who feel that the government has let them down, the economy has let them down, nobody cares about them, nobody worries about what happens in their lives and their futures.'

As I noted at the time, that just meant we we’re going to need a much bigger basket. 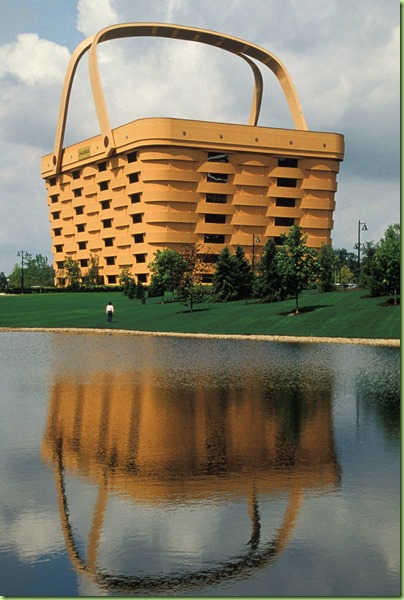 I think my favorite part of the Chozick piece was how she differentiated between the loyal journalists following Hillary’s campaign – who she called ‘travelers’ - and the loyal Clinton staffers – who she called ‘guys’. The fellow travelers designation seems apt but I thought the oh-so-sensitive Left objected to the generic use of ‘guys’ on the grounds it was sexist.

Still, the fellow travelers were as shocked as Hillary and her ‘guys’ when she lost. What had they missed?

Do they mean besides the obvious? 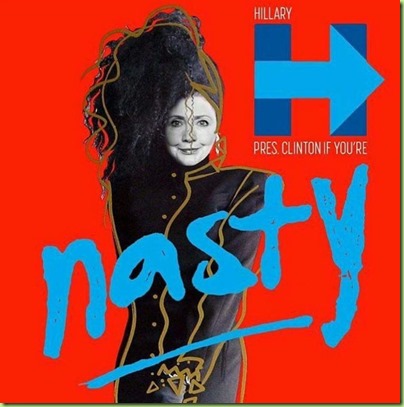 The next day, Times reporters consider what they'd missed -- and why. "God, I didn't go to a single Hillary or Trump rally," a colleague of Chozick's admits, "and yet, I wrote with such authority."

As it turned out it wasn’t that “they were never going to let me be president,” it was Hillary who would never let it happen. Seriously, you just can’t keep all that nasty hidden under a bushel basket forever. 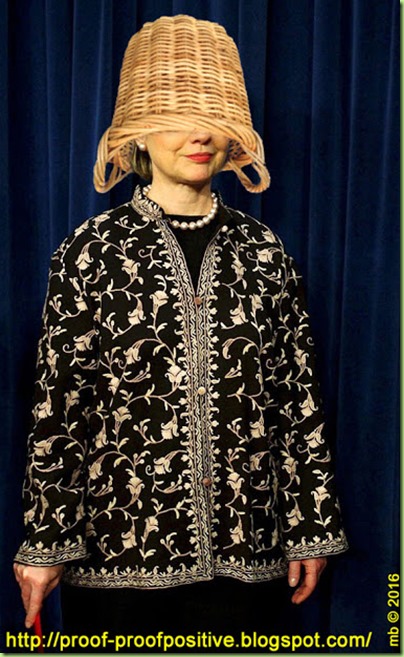 $hitty Way to end your life. Her choice.

“If that is the official findings however, then the entire investigation was an illegal action. “

BINGO! We Have a WINNER!

Amy Chozik? Was she the woman who had angst about her life, whether to freeze her own eggs, pending Hillary’s decision about running for president? There was a story recently about some woman covering Hillary’s campaign, who was putting her own personal life on hold, to be available to cover Hillary’s campaign.

And, the American people were left holding the bag so to speak. How many millions/billions were wasted of our tax dollars?? Then there’s the overall destruction of our country and the undermining of our Constitution and the rule of law by these traitors.

Prison time for all involved! How do We The People DEMAND justice? How do we start that immediately?

“Then there’s the overall destruction of our country and the undermining of our Constitution and the rule of law by these traitors.”

The cost of this is inestimable! No amount of money can erase what these people have done our country.

Fellow travelers is what the Bolsheviks called their like minded comrades in the western countries. Certain fits the reporters and MSM today.

9 posted on 04/23/2018 11:03:39 AM PDT by bravo whiskey (Never bring a liberal gun law to a gun fight.)
[ Post Reply | Private Reply | To 1 | View Replies]
To: NOBO2012
The Deplorables always got a laugh, over living-room chats in the Hamptons, at dinner parties under the stars on Martha’s Vineyard, over passed hors d'oeuvres in Beverly Hills, and during sunset cocktails in Silicon Valley,” Chozick continues.

That's actually a pretty good line. It describes her campaign to a T. While Trump was packing them in at every civic center in middle America Hil was schmoozing with the heavy donors and meeting tiny groups of loyal supporters at heavily-vetted and tightly scripted "events". Both are politics, but only one is winning politics.

She’s her own worst enemy.

Let her shriek away.

She reminds me of every ex-wife I’ve never had... me, and most every other Man in this Country.

I’d settle for a “Ft. Marcy Park” Lead “intervention.” Maybe she can figure out how to shoot herself in the back of the head twice and have it be a suicide.

Lotta that sorta thing around her and Ol’ Slick Willie... Pure coincidence...