A word of advice to progressives: when you see angels with trumpets…do not think “apocalypse.” Rather think “Hallelujah.” 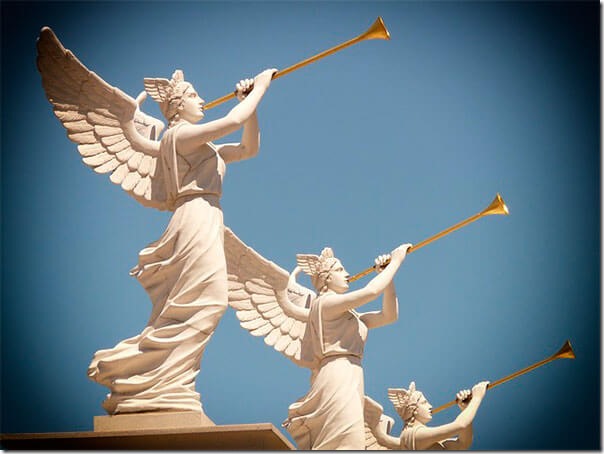 It is , after all, the year of the TRUMP-et.

2018 is also the Year of the Dog in the Chinese New Year (which begins in February). And guess who is a big Dog: Donald Trump! And that’s a good thing. 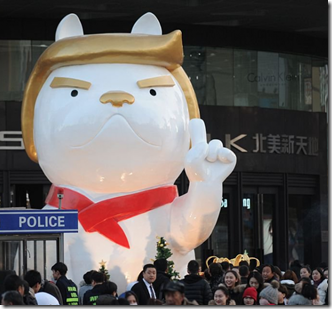 Born in 1946, Donald Trump was born in the year of the Dog—the Fire Dog to be specific—according to the Chinese horoscope. It is believed that the Fire Dog is naturally charismatic and easily attracts attention. 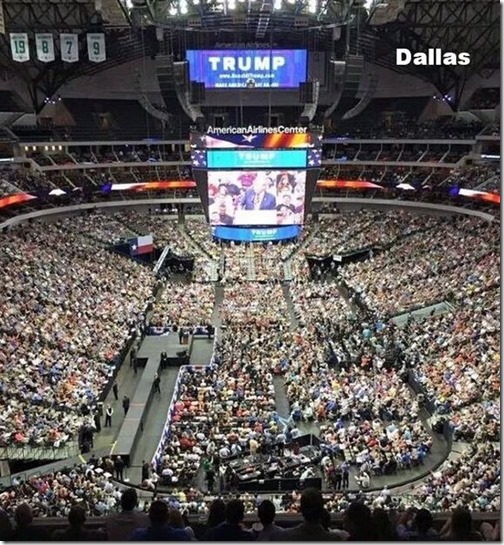 At the beginning of 2017 Chinese astrologers reading President Trump’s Rooster Year Four Pillars chart determined him to be an Earth person and predicted that he would be doing things differently. As the Rooster carries a metal element which represents expression and creativity they also predicted that Trump, being an Earth persona, might have a year of sharp words.

As far as 2018 goes, the anniversary year of an individual’s birth sign is said to bring good fortune so I predict a whole lot more WINNING! for Donald Trump and America. All I can say is Hallelujah! And Happy New Year.

In before the “the lyrics of hallelujah are anti Christianity “ crowd.

Rather than a separate freepmail, I’ll ping my list here, so Happy New Year from AZ where it’s 65 and sunny.

Too early, so don’t hold me to these, but just a guess at this point:

*Rs in the House lose a few seats, retain control

*Rs gain 5 or even more in the Senate (several Trumpers, such as Marsha Blackburn, and, I think, Rick Scott who will run).

*Trump will get some “infrastructure” bill with some D support.

*In the infrastructure bill, he will get more Wall construction and funding.

*From now on, I think the ONLY way any rebellious blue state gets fed funds is in huge tradeoffs by their reps in terms of immigration cave ins, more swamp drainage and vetting/reduction of immigrants and vote fraud. In short, they will get temporary money at the expense of long term disadvantage.

*I don’t know why, but this keeps coming up: in the Obamacare decision by Roberts, the Court in a momentous decision said that you CANNOT use the “commerce clause” to advance these kinds of programs. This has been lost in the taxation element of the decision, which was as we know bad. Still, SOMEHOW I think we are going to start seeing Trump’s judges (and he’s packin’ em in, folks: another 4th Circuit opening appeared two days ago) dramatically reduce the size and scope of the government merely by this mechanism.

*Unfortunately, I don’t see us getting out of 2018 without some military confrontation with the NORK fatboy. Course, I would have said the same thing about Iran just two weeks ago! We all know the “best” solution to the NORK problem would be selective, er, “removal” of Fatboy Slim and his Heavies, but I don’t think DT dares risk impeachment over violating that law. The NORK people won’t rise up like the Iranians-—too much control over media there.

So, just guessing, I think this will be the issue that either keeps DT in office or opens a window for them to get him. While everyone in Congress knows we can’t let Fatboy move his program forward much more, the “no foreign wars” crowd on the Right and ALL Ds will be champing at the bit to remove him if he does anything that commits any American troops in any way, even commando raids. This will be the toughest nut he has to crack as President.

*Oh, and movies will begin to make a comeback with conservative films being offered in unique venues that end-run traditional theater chains.

A. Trump is our Fire Dog. Of this there is no doubt.
B. Hallelujah by Leonard Cohen, is to me , somewhat overrated. This song is not nearly as melodic or musically satisfying as another Cohen song “Suzanne” when sung by Judy Collins. The Hallelujah song has for some reason been adopted as a go-to song for those who wish to appear more spiritual.

4 posted on 01/01/2018 6:17:18 AM PST by lee martell
[ Post Reply | Private Reply | To 1 | View Replies]
To: NOBO2012
As I reflect back on 2017 and our President, it occurs to me how terrifying he must be to his opponents. Stop and think about it, he sits at the pinnacle of world power and has the dynamic energy to match it. His adversaries will not admit it, but they now secretly know how overpowering he is as he steam rolls over anyone or anything that gets in his way. Note, how he jumped out of the 2018 gate with a blast to Erdagon - No more free aid when we get nothing in return. Is this the epitome of refreshing common sense or what? Every day of his Administration is another great day dominated by the President's persona. Who is there domestically or internationally to match this man?
5 posted on 01/01/2018 7:13:02 AM PST by iontheball
[ Post Reply | Private Reply | To 1 | View Replies]
To: lee martell

Any scuttlebutt about the OIG report Larry?

I’d like to see some criminals at DOJ and FBI go to jail.
Otherwise Trump will continue to be undermined.

However, I’m afraid that justice will not be served
and that the GOP will only use these scandals as a campaign
tool for 2018. I’m tired of Justice not being served.

Yep. Shrekelujah, which is a sexual song, is even used by low-information music ministers in church.

There was some psychic on FNC lastnight who said DJT would be hit with sexual claims and this would b a very bad year for him. I don’t know who the heck this person was or if they were being silly. I tend not to believe this sort of thing.

I pray this Mueller investigation ends with mud on the legal team’s faces!

Thank you, and Happy New Year! Thanks for the predictions, looking forward to see some good conservative movies. :-)

Ummm, it might be time time to pull that law out, shake it in the sunshine, and decide if it fits in today's world.

Great predictions LS... and Happy New Year to you too...

15 posted on 01/01/2018 8:44:17 AM PST by GOPJ (Intelligence services coup failed. Robert Hanssen (American traitor) to get new roommates soon.)
[ Post Reply | Private Reply | To 3 | View Replies]
To: Jeff Chandler
The Hallelujah song has for some reason been adopted as a go-to song for those who wish to appear more spiritual.

Yep. Shrekelujah, which is a sexual song, is even used by low-information music ministers in church.

My S-in-L's mother had this played at his Father'S Funeral. My wife and I cringed inside. It was bad enough that the song referred to King David's desire, but it was much worse that my S-in-L's father had been a serial adulterer. Perhaps that's why she chose the song, but I believe she had no clue what it was about.

I had a friend post the sanitized version on FB-—it had been played at a church service and she was all weepy over how beautiful it was.

I posted,”I see that they didn’t use Cohen’s lyrics”-——she had no idea what I was referring to.

No point in targeting Kim anyway. There are hundreds more NorK clones standing in line to take his place as designated nutjob.

I expect a major air offensive aimed at nuclear and ICBM programs, using a strategy that successfully protects Seoul against significant retaliation. China and Russia will make lots of noise, but do nothing.

Trump has trade tariffs pointed at China, with a round in the chamber and safety off, should they act up. He is probably thinking: “MAKE MY DAY.”

Today’s tweet presages improved relations with India, which President Trump has telegraphed for some time. The Pakistan thing is a Cold War relic, when it was a necessary part of the containment/encirclement of the USSR

I predict the intensification of counterattack against domestic treason, including Fusion GPS, Awan/Democrat espionage, improper use of intelligence agencies, obstruction of justice (Lynch, Comey etc.) and Clinton Foundation/Uranium 1.

I predict that most here will come to admire Sessions, Rosenstein, Wray, Horowitz and even Mueller for their professional handling of the vast DEMOCRAT CORRUPTION and TREASON despite criticism from many on their own side during the period of necessary secrecy.

I predict a highly successful 2018 election for the Trump forces.

People think it's spiritual simply because it contains the word "hallelujah". What's even more ignorant is the use of such a maudlin tune for the Hallelujah, which is by definition an expression of rejoicing.