It’s Monday. It’s December. I believe that calls for recipes. I saw a couple of teases in the comments over the weekend, such as 3XLady’s pictures of Potato Candy – candy? With potatoes? We need a recipe! And MichellenotTHATone was bragging about making white chocolate popcorn – White. Chocolate. Popcorn.!! Recipe please!

For my part I want to harken back to our discussion on the November 21 ham and cheese sliders recipe post. Somebody commented that they are called “funeral sandwiches” in the South and I responded that in Utah the ubiquitous cheesy potato casserole was known as “funeral potatoes.” Behold, the very next day the Wall Street Journal ran a piece on just that delicacy: Utah’s Funeral Potatoes: A Classic Cheesy Casserole to Enjoy While You’re Still Alive. Due to their paywall I’ll post the pertinent parts:

I HAD NEVER heard of funeral potatoes before a chilly evening last year, when I sat down to dinner on the patio of Hell’s Backbone Grill. This idyllic farm-restaurant sits at the threshold of the Grand Staircase-Escalante National Monument, in the tiny town of Boulder, Utah. No one had died. But as Jennifer Castle, the restaurant’s co-owner and chef, served up tender half-moons of potato napped in cream and melted cheese, tears sprang to my eyes nevertheless. 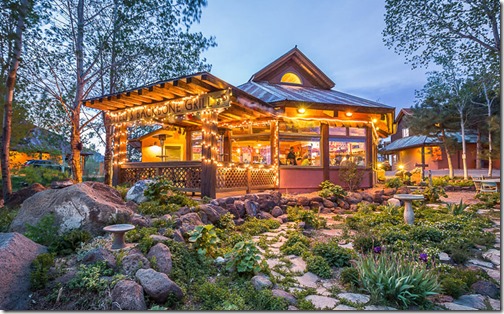 The patio at Hell’s Backbone Grill

In the cold, clear night, under a starry sky, we talked about the ways communities come together to observe rites of passage in this part of the country. Inevitably, there is a buffet….

In Boulder they do things a little differently. Only 250 people live in this town sewn like a cross-stitch into the billowing rock formations of south-central Utah. There’s Hell’s Backbone Grill; a gas station and store called Hills & Hollows Market; a motel; a gift shop; and not much else. When someone there dies, the whole town hears about it. When someone is born or gets married or moves away or sneezes, Boulderites know. And more often than not—when the moment is deemed sufficiently momentous—someone makes a hot casserole dish of funeral potatoes…

There are so many things one can do with potatoes, but in conjunction with cheese, cream and heat, the comfort factor goes through the roof. Little wonder, then, that funeral potatoes are considered crucial consolation and hold pride of place among Utah’s most iconic dishes, rivaled only by green Jell-O salad.

As an aside, green Jell-O is such an icon in Utah that the 2002 Salt Lake Olympics issued a highly prized Green Jell-O Pin. I managed to snag one. 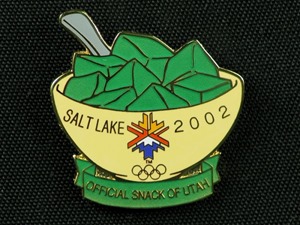 Meanwhile, back at Hell’s Backbone:

Boulder’s town clerk, post office keeper and purveyor of fishing and hunting licenses, 72-year-old Judi Davis, told me the roots of the dish can be traced in the pages of Mormon Relief Society Cookbooks. Some of the greatest available repositories of American folk recipes, these self-published books have appeared regularly since the early 20th century, throughout the so-called Mormon Corridor running from Utah into Wyoming, Idaho, Nevada, Arizona and California. Collections of family recipes, they’re put together by members of the Relief Society, the all-female auxiliary of the Church of Latter Day Saints founded 175 years ago. Among the group’s many duties—in addition to teaching food preservation and essential crafts such as quilting—providing sustenance at funerals ranks high.

There’s more, but those are the most important parts, along with recipes for the traditional style made with frozen hash browns:

2. In a small skillet over medium heat, melt 1 tablespoon butter. Add onion and cook, stirring frequently, until translucent, about 5 minutes. Remove from heat and set aside.

3. In a small saucepan over medium heat, melt 4 tablespoons butter. (Alternatively, melt remaining butter in a heatproof bowl in microwave). In a medium bowl, combine melted butter with cornflakes.

Along with an indigenous Southern Utah version for all you Hatch chile heads:

2. In a small saucepan, gently warm cream over medium heat. Remove from heat. Shingle a third of the potatoes, alternating between Yukon Gold and russet pieces, on the bottom of the prepared pan. Top with ¼ teaspoon salt, ¼ teaspoon black pepper, ⅓ cup chiles and ⅔ cup warmed cream. Repeat with another third of the potatoes, salt, pepper, chiles and cream. Shingle remaining potatoes, remaining chiles and top with remaining cream. Top layer of potatoes should be poking through the cream so they can crisp in oven. Sprinkle remaining salt and ground black pepper over top.

—Adapted from “This Immeasurable Place: Food and Farming From the Edge of Wilderness” (December 2017) by Jennifer Castle and Blake Spalding, Hell’s Backbone Grill, Boulder, Utah

Unrelated to funeral potatoes of any sort: the Grand Staircase Escalante that the author refers to is one of Southern Utah’s many National Parks. It’s not the easiest to navigate but contains some of the most memorable rock formations you will find anywhere, like “the wave,” 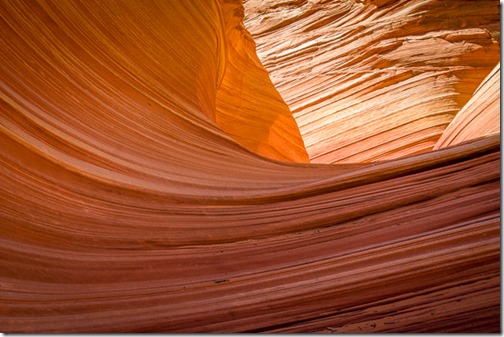 and these toadstool hoodoos. 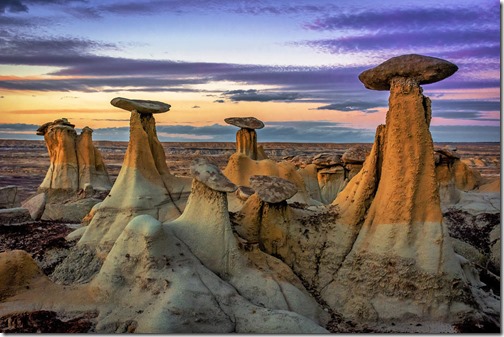 Rock on! Only 2 weeks before Christmas!

I don’t have a recipe to share today, but I would love to have a candied sweet potatoes recipe that doesn’t include marshmallows. Anyone?

We’ve been eating Keto, I didn’t read your recipe, potatoes are my weakness! 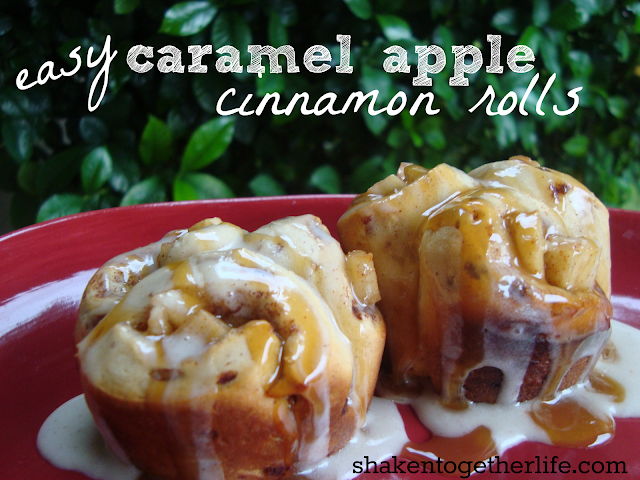 Same here....I refuse to eat marshmallowy sweet potatoes ....a horrid dish. How about using sweets in a dessert? 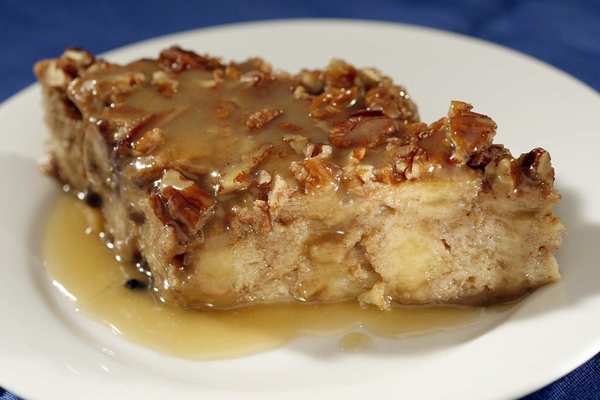 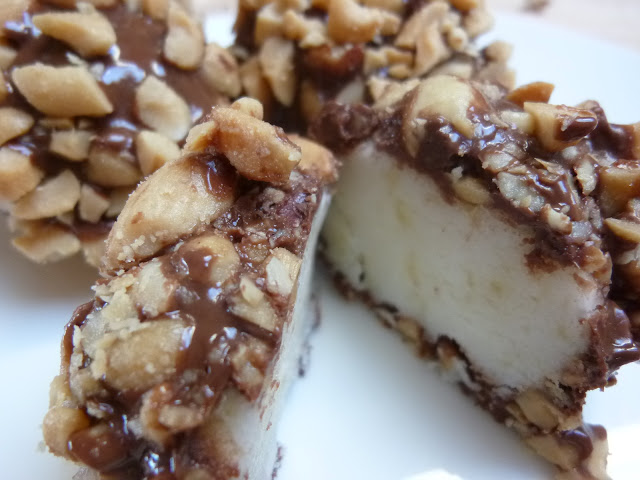 Grate cheddar (you can use any sharp cheddar) or run through a grinder for smoother consistency. Soften cream cheese. Blend the two together. Add all other ingredients. Blend well. Shape into 2 or 3 balls and roll in finely chopped pecans. May be frozen, and actually tastes better after freezing.

This recipe is one my Mother used for many years and I have been using it for over 40 years. I have yet to find anyone who doesn’t like it.

7 posted on 12/11/2017 10:54:23 AM PST by bamagirl1944 (That's short for Alabama, not Obama)
[ Post Reply | Private Reply | To 1 | View Replies]
To: All
Get vegetables into your diet and satisfy cheesy Mexican cravings.
Do day-ahead; pop into oven next day. Creamy filling satisfies even the carnivorous. 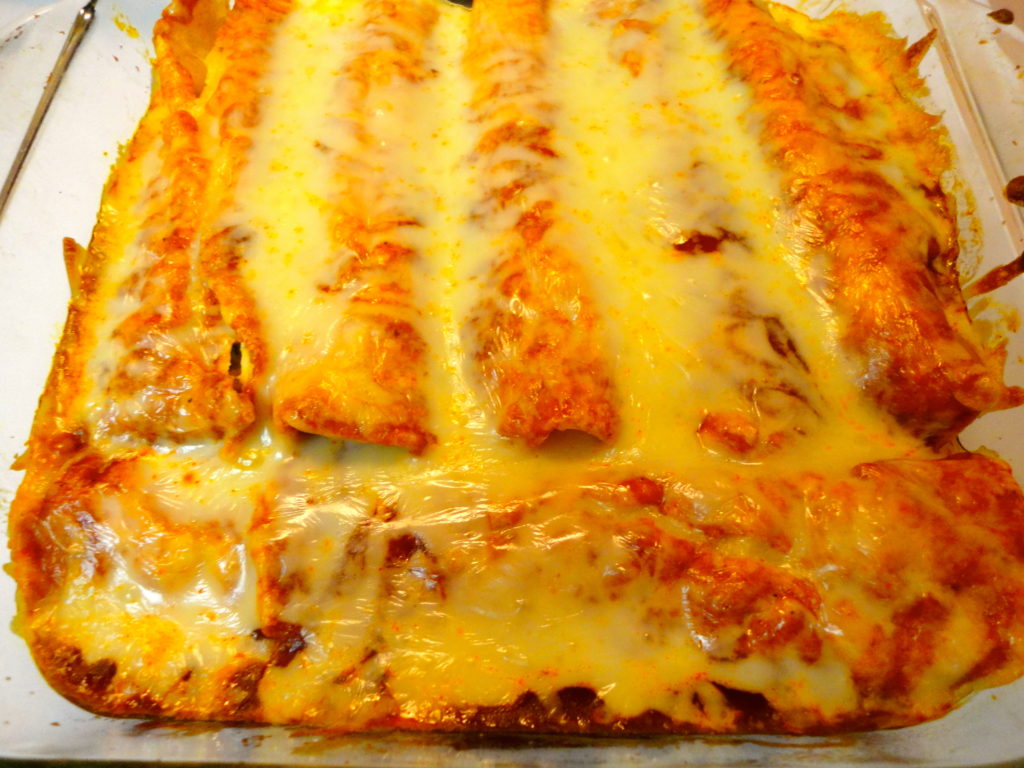 Not surprised to find you here. LOL!

My favorite appetizer to make for big parties:

Bacon Double Cheeseburger dip. There is nothing healthy about this appetizer but it’s the most delicious thing I’ve ever made!

I normally make a bigger dish so I double the ingredients

Cook the bacon, drain all but a tablespoon of the grease
Cook the beef in the remaining grease, drain
Cook the onions and garlic until soft, fragrant
Crumble the bacon, keep some to the side (for topping)
Keep some of each cheese to the side (for topping)
Mix everything including most of the bacon and cheese in a mixing bowl, move to baking dish
Top with remaining cheese and bacon
Bake 350 for 25m

It’s pretty thick so you’ll need strong chips to serve with. I use Tostitos Scoops.