The #MeToo campaign has already taken a lot of on-air TV personalities down so you can’t help but wonder who will be next. I don’t think we’re ready as a nation to take down a non-conservative black man for inappropriate sexual behavior – that would be stereotyping and/or profiling. But by my calculations we’re up to Hispanics. So what do you think?

Will it be Geraldo Rivera (aka Jerry Rivers)? 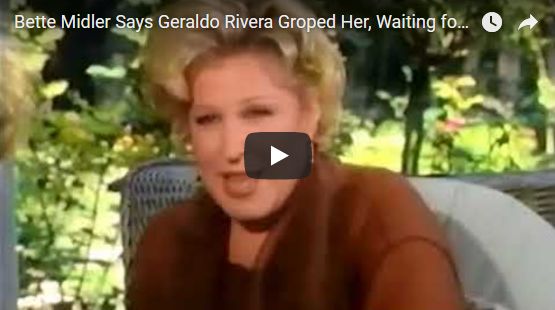 or Esteban Colberto (aka Stephen Colbert) 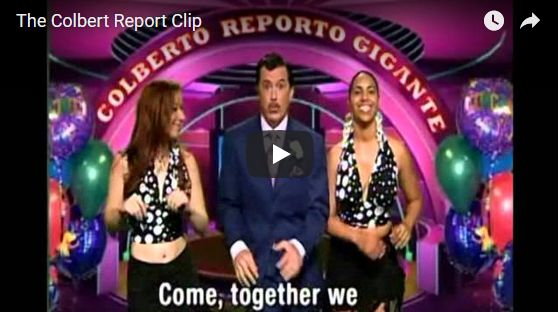 In case you’re unfamiliar, Esteban is Colbert's Mexican doppelganger and host of Colberto Reporto Gigante. Yet despite the fact that one could effectively argue that Esteban/Stephen is guilty of cultural appropriation: 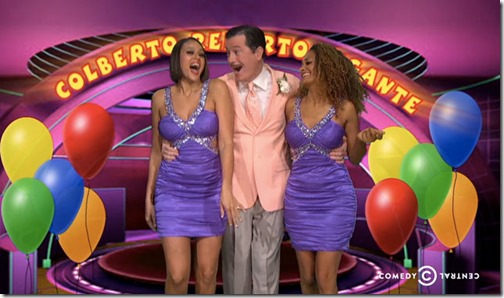 Stephen/Esteban and his chicas: how, I ax you, how can this NOT be cultural appropriation? And stereotyping?

The odds are still on the demise of Geraldo. First, because he works for FOX. Second, because Fox is already distancing themselves from him. And third, he’s already apologized for what he calls his “tawdry memoir” but the Daily Beast calls a “horndog’s bible of workplace harassment.” 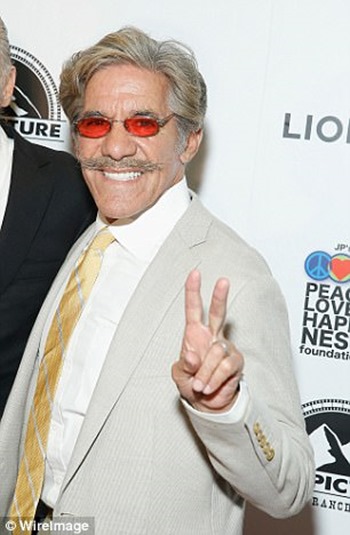 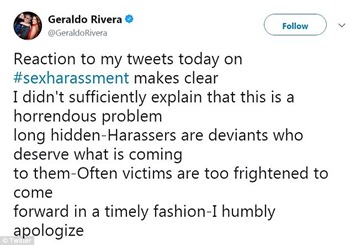 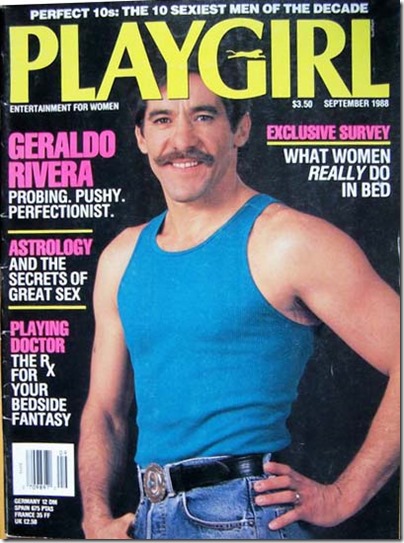 I mean, who knows what else we’ll find if we crack into Geraldo’s vault?

Nota Bene: I see Mitchy managed to whip it, whip it good, in the wee hours Saturday morning to get a Senate tax bill passed. Democrats can now officially start whining again about “tax cuts for the rich!”

-( got elected because the Dems redistricted and planted a bunch of Clark County (Las Vegas) in Nye County, which generally hadn’t voted for a Dem since teh Civil War)

Bill Crosby is not a conservative.