Is there anything that progressivism can’t ruin?

Oh, the left will  blame President Trump and demand he be impeached. 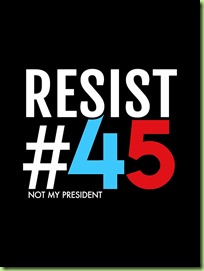 But I’m so old that I remember when - before everything became political - nearly all Americans regardless of color or tone thought football players standing as the National Anthem was sung was pretty non-controversial. But that was BO (Before Obama); before the professionally orchestrated and funded antics of Occupy Wall Street, Black Lives Matter, #NotMyPresident and ANTIFA ruled the mean streets. Unfortunately for the NFL an awful lot of their fans still think it should be non-controversial. And the President had the audacity to say as much out loud, albeit in his typical not-so-tactful way.

While his comments further ruffled the feathers of the huffers and puffers, it simultaneously served to reinforce the belief of people who voted for him that he speaks for them. None of this is good news for the NFL. Or Democrats.

Let’s just say we all know who started this fight. 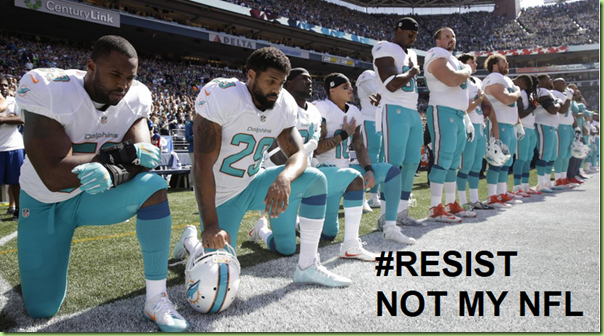 So thanks for making something else that used to be fun a victim of your version of “social justice.

They started it—we will finish it.

Get off of the NFL drug folks, it’s killing you!

All of these black millionaires should think about the future they would have, were it not for the NFL. They would be “soldiers” in the drug armies of the ghettos. Their college “educations” wouldn’t be worth spit.

They, of course, could just go to some “enlightened” country, like Zimbabwe, and live free!

Those uniforms are gay.

Disgusting. No US Government funds should go to the NFL. NO money for recruiting commercials, no fly overs, etc. And might as well sic the IRS on them for special scrutiny.

Obama used the IRS on his enemies and nothing was found to be illegal about it. So its ours to use now now, right?

The NFL is a purely racist incarnation. Rich white idiots pay black thugs to bash each other’s brains in. 100 years from now it will be seen for what it is.

NFL = enemy of the America we remember and love. 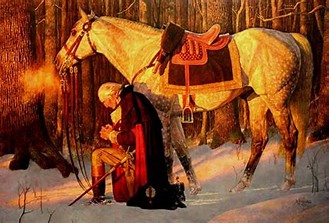 We need to help rehabilitate folks until the NFL non-patriotic infection is healed!"

The NFL infections are like an addicting combination of the worst African STD's combined with a DC Swamp. brain killing meningitis with new infections every weekend and on Thursday night. That doesn’t include the countless hours of re runs each week before and after each game which re infects the NFL victims even on non game days.

Re: Get off of the NFL drug folks! It’s killing you! (MeneMeneTekelUpharsin)

We might as well have two leagues of Progressives vs. Conservatives and settle things at the Super Bowl. Or maybe we should have black teams vs. white teams vs. hispanic teams? Isn't that what the message seams to be these days? Football has become about everything else that we watch football for to forget about for a spell.

Professional football is no longer a refuge of the ordinary American. It has been co-opted by the left as an opportunity to promote all aspects of their agenda on any stage 24/7/365. This will not end well, at least not in the short run.

The NFL players represent the big Democrat Party run cities. They are injecting politics into sports entertainment, as they receive support from fans who pay too much money to watch a game. Are these role models or people with too much arrogance?

The NFL would do away with the flag and anthem at games but then the players would have nothing to protest.

I’m starting to smell immense blackmail in the NFL in order for them to so willingly slit their own wrists. Sandusky-type blackmail?

They are just taking a knee for all the crime blacks commit against whites.

The NFL, and its sponsors, need me (and my money) a lot more than I need them.

Great point. The CIC should order the military to stay away from the NFL.

18 posted on 09/24/2017 7:49:02 AM PDT by FatherofFive (Islam is EVIL and needs to be eradicated)
[ Post Reply | Private Reply | To 6 | View Replies]
To: txhurl
I’m starting to smell immense blackmail in the NFL in order for them to so willingly slit their own wrists.

I think when Obama became President, many of the elites in this country became convinced the The Revolution was inevitable. They remain terrified of the revolutionaries, and think they have received an implicit promise form the Socialist leadership that they can keep their wealth and positions in the future as long as they continue to publicly support the cause.

The NFL's last chance may be for Jerry Jones and a few other like-minded owners to make a clear statement supporting Trump and denouncing the radicals. If they can't or won't do this, the league is done in five years.

This graphic says it all. Kaepernick taking a knee on the beach at Normandy.