In terms of the universe we are quite insignificant. 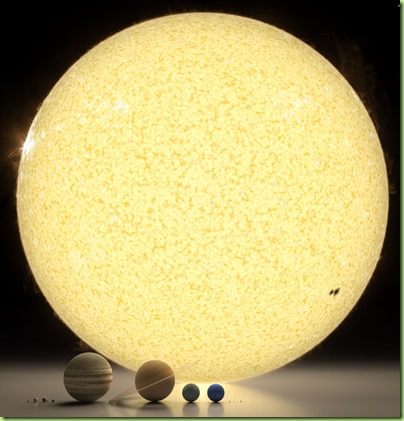 As upcountrywater pointed out, a 91% eclipse is not the same as 100%. 100% is total darkness. 91% is more like a cloud cover moving in. With 91% you don’t see the Corona, the “diamond ring,” or the dancing plasma flares. Day does not turn into night and the stars do not come out. In fact if you weren’t paying attention you most likely wouldn’t have noticed at all, (isn’t that the truth about many things?) so stealthily did the eclipse approach. And so steadfastly did the sun continue to light our world. On the other hand animals, who survive by their instincts, missed nothing. Birds and squirrels, usually very active mid-morning, were all disappeared and silent. Unlike their more sensate human co-inhabitants they bow to nature. Yet despite the lack of dramatic darkness watching the advancing moon eclipse the sun with infrared blocking glasses was still awesome and a testament to our relative place in this great universe.

The sun is a most powerful entity.

As we weren’t in the path of totality I knew it wouldn’t grow completely dark. Watching the moon march across the sun, leaving just a wee sliver moon sized slice of it unblocked, the shadows deepened appreciably, providing shade where none is ever seen on a normal sunny day. And the temperature dropped - also appreciably - at least 10 degrees. I expected that. The surprise was how totally un-dark it grew. With only 9% of it's energy available the sun was still powerful enough to keep us lit with barely noticeable dimming. You would think that would be adequate evidence to convince members of the church of global warming that it is the sun that dictates temperatures and climate trends not evil carbon dioxide. But no.

There are far more moon songs than sun songs. And I agree totally with Son of Rusty Shackleford: Hearts and Bones is a seriously underrated album. I know Paul Simon is a useless lib politically but his lyrical skill is above reproach. I’m hard pressed to pick a favorite from this particular album but I am partial to Train in the Distance 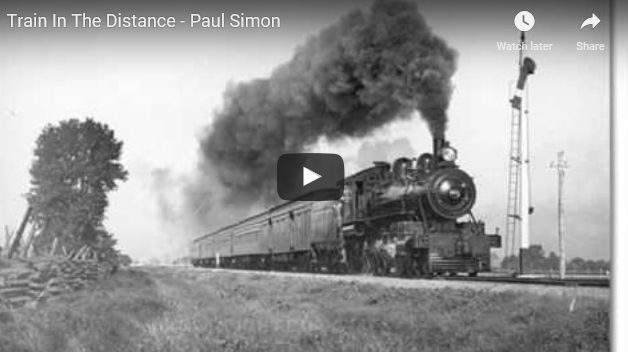 Birds of a feather flock together: 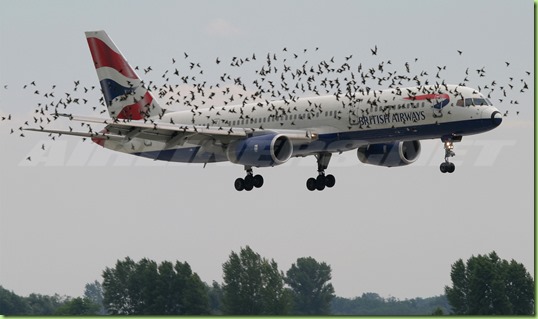 Solar eclipses have virtually no effect of politics. Reaction to the President’s speech on Afghanistan pretty much fall along the usual partisan lines. And so it goes, life back to normal.

I highly recommend partaking of the next eclipse to venture our way if, God willing, we’re all still here.

This was not a “once in a lifetime experience,” as the media nitwits proclaimed this eclipse. Texas, April 8, 2024, totality….but do not come. Stay off our lawns.

Some folks said they were a little disappointed...even in areas of totality.
Not sure what they expected...a celestial scraping sound when the moon passed over the sun?..trumpets and drums?...a mad desire to kill an animal or human to make the sun come back?

At 98.6%, the eclipse was a big nothing-burger as well. Not nearly as dark as it gets with a big mid-western thunderstorm. It got much darker when the heart of the Mount St. Helen’s ash plume passed over my town in Northern Idaho in 1980.

Right after totality was over a coupla hundred people started clapping like at the end of a performance. I looked at the stranger standing a few feet from me and asked, “I wonder if they even know who they are applauding?”

I stayed inside from 1 PM to 4 PM because I didn’t want to accidentally look up at the sky. My area western PA had a partial. I noticed that the light coming thru my blinds dimmed a bit on the walls, then at 430 PM the light got real bright again like it was noontime.

Even here on the Central Oregon Coast, it didn’t get totally dark - more like late dusk, with the sky and the air around us turning a strange color. It did chill down for a few minutes. Still an awesome event.

The thing I find astonishing about the eclipse is that the whole dazzling light show is the result of incredible astronomical dumb luck.

But, as it turns out, everything lines up perfectly, the relative size of the discs match perfectly, and BAM!!! It is just amazing. Even thought I knew what would happen, it was still unbelievable to see it with my own eyes.


By that time, I’ll have night vision gear...so even if it is 100% dark, I’ll be able to see whomever it is on my lawn. Heck, I’ll even attach the gear to my Garand, just to make the phrase authentic.


BTW, FReepers are welcome. Libs and Leftists are NOT.

10 posted on 08/22/2017 7:35:28 AM PDT by ifinnegan (Democrats kill babies and harvest their organs to sell)
[ Post Reply | Private Reply | To 8 | View Replies]
To: txrefugee
It depends. This was the first one since 1979 to touch the lower 48. 38 years. I remember them saying the next one wouldn't happen until the next century but only if you used that lower 48 criteria. It seemed a long way off at the time. Now the next one is 7 years away and parts of your Texas will see totality. But if you use the whole world the next total solar eclipse will be July 2 2019 and it will cross South America. As you can see most of it will be on open ocean ending in the suburbs of Buenos Aires. If you get the bug you can chase eclipses all over. Pick a random spot on the earth and you can wait hundreds of years to fall under the shadow of the moon blocking the sun.

Do we need our own chairs and snacks?

(Saw a car yesterday that had the following message on his rear windshield: HONK if you experienced totality! Couldn't catch up to him, unfortunately.)

“What I Learned At the Eclipse”

That it was insane to drive for hours for something that lasts less than 3 minutes?

No doubt about it, we should have green lawns during the next eclipse...July or August? Forget it...lol

CO2 levels didn't change, but solar radiation reaching a relatively small area for a short amount of time did.

And yet, all these people still believe in man made global warming.

We only got 63% where I live, and I’ve seen partial eclipses before, but it was cool to see anyway. We found a spot where the eclipse could be seen through nail holes in a sheet of corrugated metal...so it cast a reflection about 3 inches wide on the ground. Would have loved to see totality...the pictures I have seen on Facebook are amazing.

I thought that way too before I saw it many years ago but like many after we say it was worth it. It is all too brief but it about as stunning a natural phenomenon we can witness here on earth.