I am on the road. I can report that the cornfields of Iowa stretch for miles 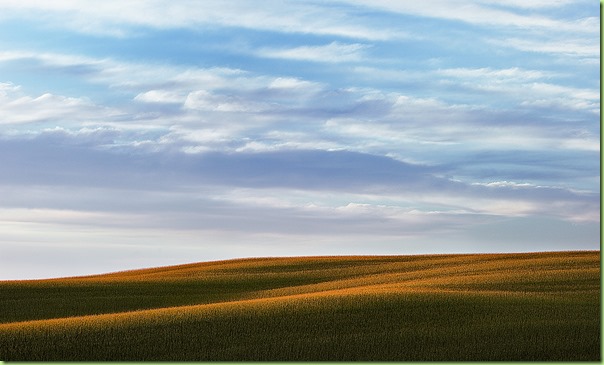 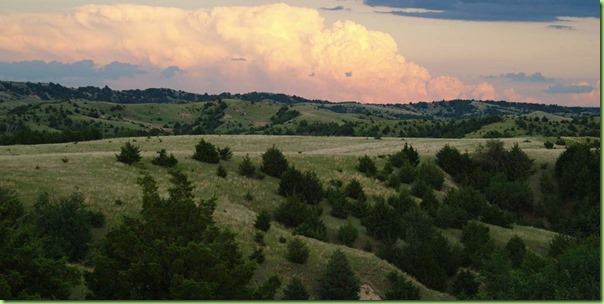 where they run into Wyoming cattle country.

Take to the backroads for a few days, see the real America 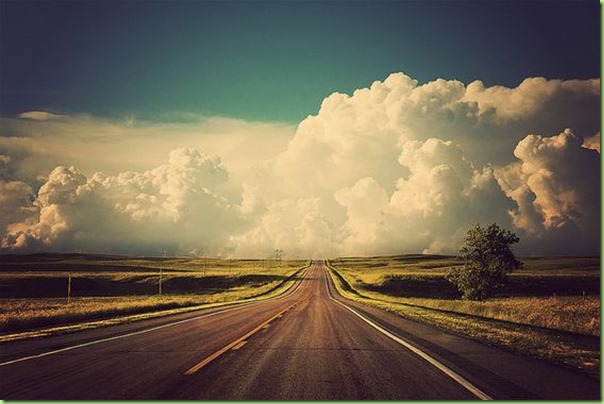 that has no intention of going anywhere. 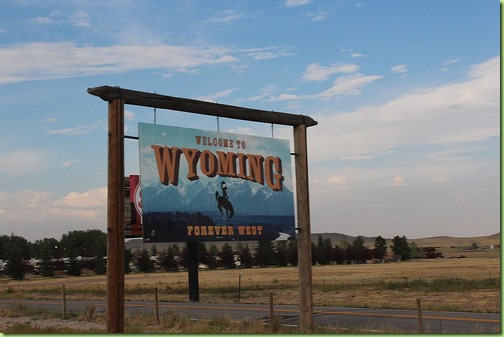 And doesn’t want anyone re-writing our history. 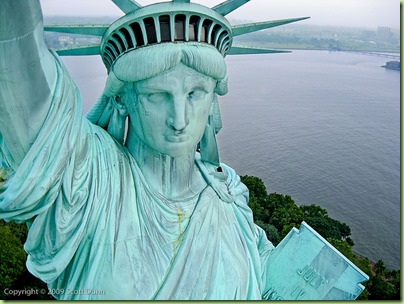 Keep your mitts off our statues

Have a great weekend, cowpokes. 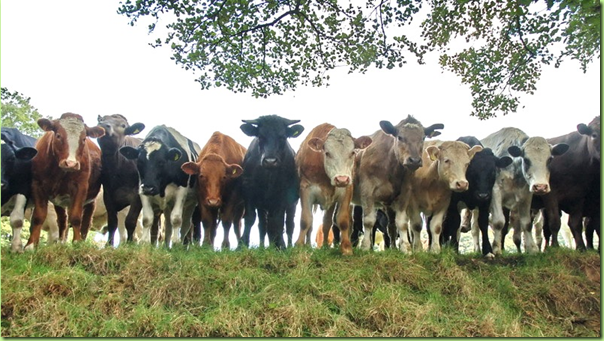 Many people in America are mentally ill. They roam the country causing disturbance and raising havoc. Many of these lunatics are in positions of authority and power. They must be crushed and shunned. As unsavory as it is to some, extreme measures may be called for.

If they come for this one, I will muster on Lexington Green with my flintlock and powder horn.

One if by sea,
Two if by land,
Three if by the Mainstream Media.

Great pictures, but did you see overnight, the left removed a few more statues. Good news, though. I’ve secured a video catching them in the act! Here it is-

Let’s make sure we bring these leftists to justice. While we're at it, there is another vile President who must be erased from History.

This warmonger started a war in his first 100 days - the 'Bay of Pigs' disaster in Cuba - which resulted in the death of 5000 Cubans. This ended in a monumental failure and only served to get thousands of people killed on JFK's orders.

But that was just the appetizer.
JFK started the Vietnam War which resulted in some 60,000 innocent young American boys getting killed. He was also sexist, as women were denied the opportunity to participate.

Not only did 60,000 Americans die in this monumental disaster; tens of thousands more were seriously wounded, crippled, disfigured and had their lives ruined for his selfish folly.

He followed this up by nearly starting World War III with Russia over Cuba.

Tear down the statues of this murderous warmonger and sexist!

FDR actually sent an entire shipload of Jewish refugees back to concentration camps where they were exterminated.

Look up the ‘Voyage of the St. Louis’.

Tear down World War 2 museums and memorials. The military was segregated.

9 posted on 08/19/2017 7:46:55 AM PDT by jonathonandjennifer
[ Post Reply | Private Reply | To 7 | View Replies]
To: hal ogen
Many people in America are mentally ill. They roam the country causing disturbance and raising havoc. Many of these lunatics are in positions of authority and power. They must be crushed and shunned. As unsavory as it is to some, extreme measures may be called for.

Love the photos from Iowa to Wyoming, beautiful country!

BTW, I received another reply from a Freeper and the protestors are getting jobs to protest on Craig's list.

The Liberal MSM, the Anarchists, and the Far left liberal unemployed are still so ticked off that their darling Hillary lost to President Donald J. Trump.

President Trump all by himself has unleashed the coal industry to produce jobs in Pennsylvania, West Virginia, Ohio, and Kentucky like we have never seen before.

President Trump is coming into work at 6:30 a.m. and leaves work at 6:00 p.m. and trying his best to produce jobs for Americans.

The protestors will leave once they get a job that pays more that being a protestor.What is our darling Congress doing about regulations, cutting taxes, tax reform, cutting wasteful gov'mint programs! The answer is nothing!!! These guys should be ashamed of themselves but they are on the taxpayer gravy train!

The repubs are traitors to their electorate. However, this nothing new. It is merely more obvious now.

Are you kidding? That’s the last thing on their mind!

We just covered some of the same geography on a trip to Colorado. There is great beauty and serenity in the open skies and vast fields of the American heartland. People were as gracious and friendly as I remembered them from my Midwestern childhood.

You are probably correct since I just opened antother Freeper's response and it had a link to Craig's list which I opened up and it pays from $450.00 to $650.00 per week to be a protester. The first thing that pops into my mind is "Who in the world is paying for this garbage."

And you can bet they are busy dreaming up other causes to protest and bitch about. Gainful employment, I guess. Or at least the only kind they are capable of....

Wait until they come up with “pay us reparations.” We’ll see all kinds of people getting behind that one - starting with Congress.

I just signed a petition to leave Stone Mountain alone that will go to GA legislators. I really dislike the word “mistake” being used regarding that time in our history. Europeans/Africans had a product to sell and it was sold to the New World. We’ll see tearing down the ancient ruins in Rome soon and the pyramids - all built by slaves. We are not anywhere close to slavery in this country and I’m tired of people referring to it as something to “”make sure it NEVER HAPPENS AGAIN””. What will never happen again is meaningful education.

I’m saying this badly but I hope the meaning comes through..

“”The first thing that pops into my mind is “Who in the world is paying for this garbage.”””

Good question. You have to wonder what’s in it for them except complete turmoil and turning this country into what the progressives have long sought. Worth it? I guess must be to those kind, it is.... How do minds get so twisted as to believe turning this country into the same as the old USSR is preferable to what we know as the USA...For power? Sorry - I’ve never understood those kind of people.

Senator Joseph McCarthy was destroyed for writing and saying that our country and congress was full of subversives. WOW - I wish he were here to see it now.

Those kind pooh-poohing his many speeches about the subject are still in congress and in political parties today. We even elected one to the presidency and came TOO close to electing another one not long ago. They have their agenda and it doesn’t appear they are going to go away until their goals are achieved. And all the time gathering up more loosers!

I don’t know why funding these people isn’t sedition or treason - seeking to overthrow the United States of America used to be a crime! The Rosenbergs were executed for espionage. We need to execute a few for treason...

17 posted on 08/19/2017 3:12:32 PM PDT by Thank You Rush
[ Post Reply | Private Reply | To 15 | View Replies]
To: hal ogen
NYC currently has a mentally ill commie mayor. He is really a piece of excrement. There isn't a piece of NYC he wouldn't sell out to developers, even if there isn't enough infrastructure to support more population in that area. He is a stone Commie, doesn't even look up from his agenda, just plows ahead sowing Obamaisms. Now, with the latest sexy libtard thing being "rewriting" U.S. history by tearing down statues which have been in place for dozens or even hundreds of years, I am really afraid that this anal orifice is going to take down city statues of Washington, Franklin, Hudson, and other figures of men who made the U.S. what it is today.

It is laughably LUDICROUS to judge the actions of those men---some being slaveholders---by today's standards. They were men of their own time, and the mores of that time included owning slaves. This was not unique to the world. People had had slaves for thousands of years---look at ancient Eqypt, for example. Who built those pyramids? Who built those Greek and Roman buildings tourists still salivate over? SLAVES.

The Commies have found another hot button to press on today's sound-byte generation. If you can't put it into 140 characters, they have neither the patience nor mental curiosity to read up on things for themselves. That's what the Commies and Muzzlimes COUNT on. That's why, if they can come up with a catchy slogan or sentence, they can hook these imbeciles into their desired mindset. This is why statues which have stood for many years without bothering anyone are suddenly on the "Must Take Down" list. Even members of state and federal congressional bodies have gotten taken by this new craze, calling for the removal of statues which are suddenly offensive. This is scary, because today it's statues. What else can these sound byte idiots fall into step with from these Pied Pipers of evil?

Partner, it is so frustrating to see our Senate and House Republicans just stand by and watch and not say one thing.

One thing for certain is that it is so obvious to yourself, myself, and a lot of other folks on how bad we need to clean up the cesspool in D.C. right now.

There are too many folks that have had it with the Republican party this time around especially with those two Bozo leaders like Ditch McConnell and Paul Ryan. These guys are filthy rich. All you have to do is spend around 4 to 5 years maybe less as an elected official to be a millionaire.