THINGS WE HAVE NO CONTROL OVER: Nature

Consider this update on the cottage-eating sand dune near Lake Michigan that I reported on last month.

The cottage the sand dune swallowed in April, left, the threatened cottage, right.

Man may not be able to dictate to mother nature, but government sure can. From the Detroit Free Press:

Now, the state of Michigan has ordered the Dresslers to stop their latest effort to save the remaining summer home from destruction: The sand is protected as a "critical dune area," so trucking it away is forbidden.

I’ll bet the Dresslers aren’t nearly as upset with Trump pulling out of the Paris Climate Accord as they are with the Michigan DNR’s mandate which places the sand’s right to march ahead of the security of their property. I suspect the State is attempting to find a way to make the Dressler family and other property owners pay for a sand-abatement program. 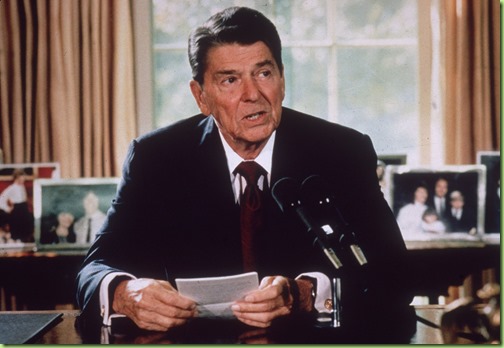 “Government's view of the economy could be summed up in a few short phrases: If it moves, tax it. If it keeps moving, regulate it. And if it stops moving, subsidize it.” – Ronald Reagan

THINGS WE CAN CONTROL: Immigration.

I apologize if this makes me seem callous towards the recent Islamic terrorist attack in Barcelona but how many acts of barbaric savagery must we obsess over before Western civilization decides to do something rational to stop it? 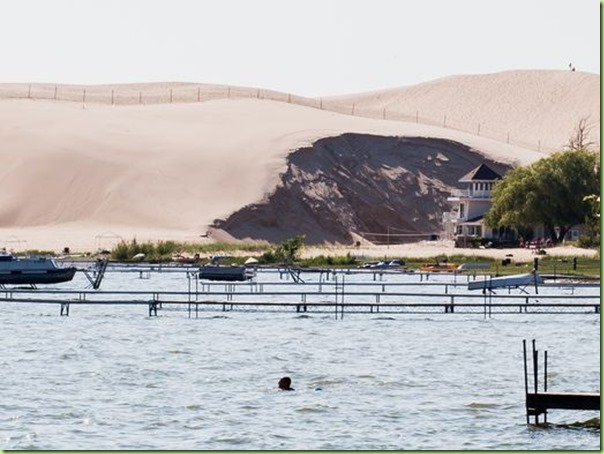 Under the circumstances continued immigration would be like Silver Lake residents hauling in additional sand to augment their dunes.

i would jack the house up... put it on stilts.

til it set atop the sand dune and done.

Sell it to a cement company.

Looking at that picture I’d say that whatever steps they’re taking to stop the dune are going to prove futile. So all they’re doing is wasting their effort trying to save it.

It would seem to me since the dune is really like a (very) slow moving storm, an “act of God”...and one the state won’t even allow preparation for, or remediation of..... the cottage owners should be able to apply for disaster relief funding.

If it were my cottage, I’d move it. I can’t believe the owners of that cute little cedar shake cottage didn’t move it to another lot on the lake and instead, just let the dune devour it like that.

8 posted on 08/18/2017 6:07:28 AM PDT by moovova
[ Post Reply | Private Reply | To 2 | View Replies]
To: AnalogReigns
It would seem to me since the dune is really like a (very) slow moving storm, an “act of God”...and one the state won’t even allow preparation for, or remediation of..... the cottage owners should be able to apply for disaster relief funding.

I doubt that would work. It's like one of those big sinkholes in Florida that swallows houses. I don't think disaster aid is available for them. Just homeowners insurance.

Ah yes. The nasty little govt loser bureaucrat getting his jollies by getting revenge on all those evil nasty rotten people who aren’t twisted evil losers like him.

The sand is going to win. The State is doing them a favor, though I’m sure that’s not its motivation.

The technology used to hydraulically mine gold would handle that in an afternoon. Added bonus would be all the strokes it would induce in regulatory personnel... 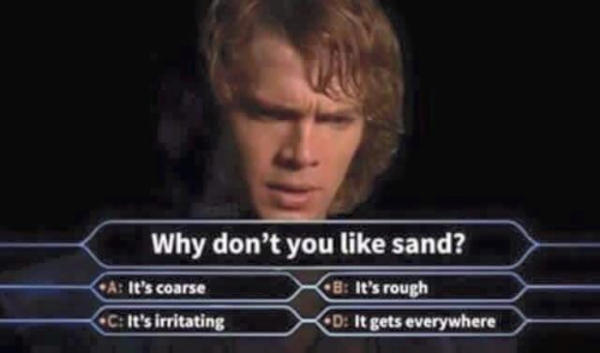 There is THIS story about the worldwide shortage of sand!