Never before have we seen such a naked display of the progressive’s philosophy of “by any means necessary.” 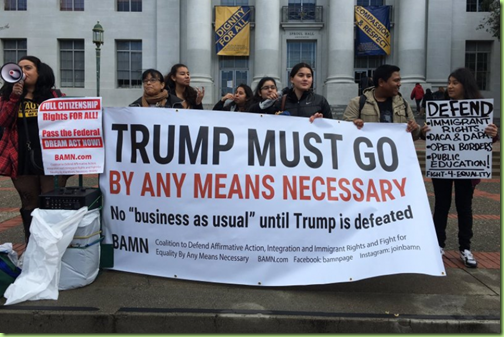 The Media/Deep State Complex has been in high gear since the presidential election of 2016, working to annihilate Trump and all the Deplorables that brought him to Washington. Joined by the Marxists amongst us they’ve become formidable.

If their Alinsky inspired soft coup is ultimately successful and they manage to oust the duly elected President  the official progressive text will claim they had to destroy the president in order to save the presidency. 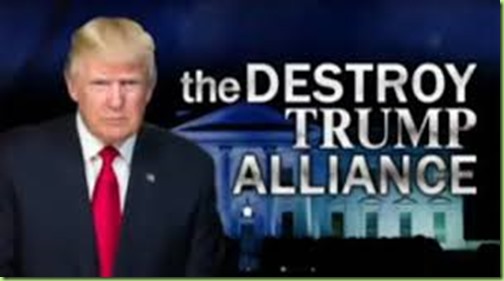 Run by the tag team of a Deep State obstructionists, hardcore Marxists and orchestrated by the Deep State Media (DSM), the BAMN coalition is committed to taking down the democratic republic and replacing it with a banana republic run by thugs. 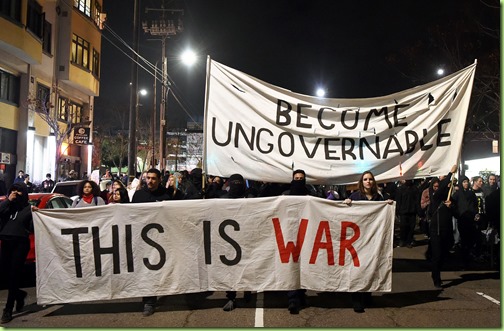 And they wonder why we’re mad?

We sent Trump to Washington to clean up the mess and they just keep throwing garbage at us. 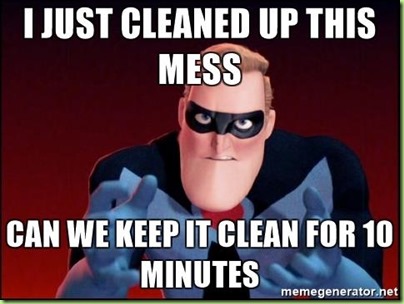 They’re the ones who’ve declared war. We need to stop them. By Any Means Necessary. There, I said it…and I mean it. And no, I’m not sorry. And I have no intention of engaging in “dialogue” with them. 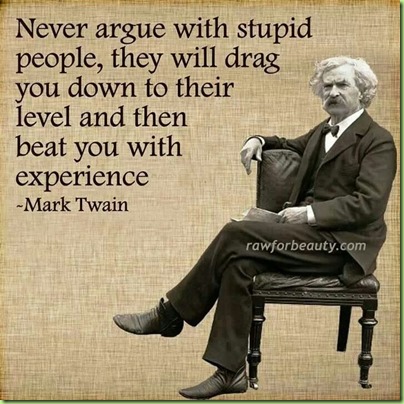 I’m going to go have some more covfefe and hatch a plan.

If someone were sufficiently suicidal and otherwise crazy to make a homemade batch of VX, this would have been a perfect spot to test it.

Pi$$ant commie spoiled bedwetters. They have no idea what “war” means and wouldn’t survive 10 minutes in one.

3 posted on 08/15/2017 7:41:15 AM PDT by Seruzawa (FABOL - F*** A Bunch Of Liberals)
[ Post Reply | Private Reply | To 1 | View Replies]
To: NOBO2012
Whatever happened to "To say that you won't respect the results of the election.... That is a direct threat to our democracy. The peaceful transfer of power is one of the things that makes America, America. It is not a joke. Look, some people are sore losers, because , you know, they just gotta keep going."

And at a different rally, she says essentially the same thing.

"That is a direct threat to our democracy. "

Trump did not take power.

He was elected by the will of the people according to the laws of the land.

I find it interesting that Trump's approval ratings keep going up.

I suppose that folks like these are helping that.