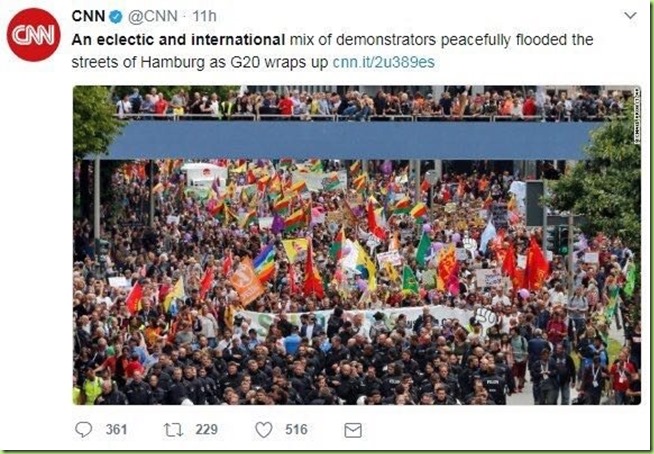 Indeed. If by “eclectic” you mean a bunch of anti-capitalist socialist dilettantes… 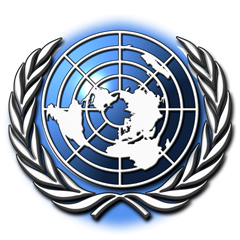 and by “demonstrators” you mean new age “anarchists” with iPhones… 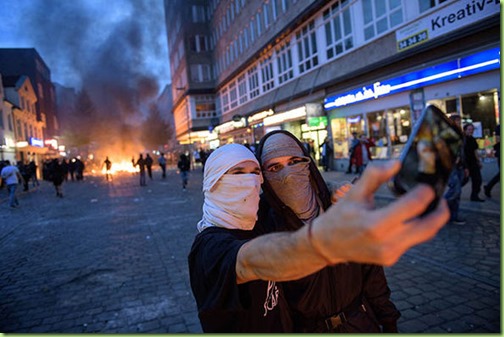 and by “peacefully” you mean not peacefully… 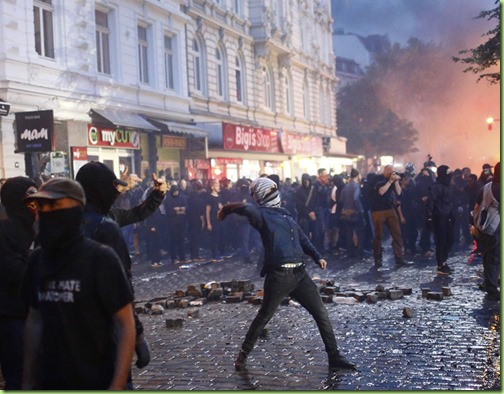 and by “flooded” you mean torched… 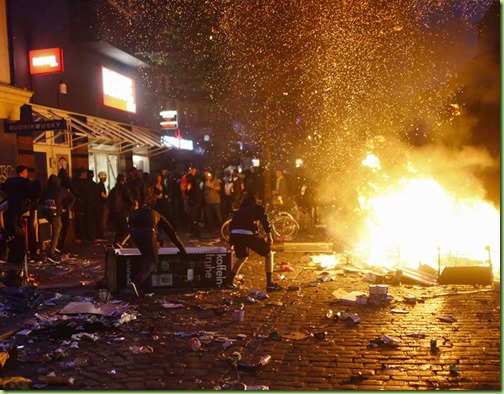 I encountered a self described “progressive socialist Jew” holding court in a diner this morning. He referred to my comment about his expectation that Hillary will return in 4 years as “mumbling”. I replied, “Let those with ears to hear....” He did not hear me.
As a regular at FR and at Drudge I read from the entire spectrum of political commentaries every day. The vaunted supremacist in the diner reads only the NYT and considers himself supremely informed.

They opened themselves up to being exposed hammered and outed as entirely agenda driven propagandists.

Any uniformed conservative will best a misinformed leftist every time.

Americans have had enough. More people than ever are wise to the fact that corporate media is the enemy of America and her people.

At least they are against globalism.

The a$$holes at cnn take us for fools. I don’t watch cnn. I know that the marxists trashed Hamburg - left a stinking, smoking mess. They are neo-communists intent on destroying capitalism (Western Civilization).

Is just me or have others noticed that when the radical leftists demonstrate looting and/or burning is far more likely when conservatives demonstrate? Could it be that the radical left believes that looting is merely a form of wealth redistribution?