From Democratic National Committee Chair Tom Perez to California Democratic Party Chair John Burton to New York State Senator Kirsten Gillibrand, cussing has become the new norm of communication with their tribe. Some speculate that they are simply reflecting frustration over losing the election. Not so: despite claims to the contrary, that is who they are. 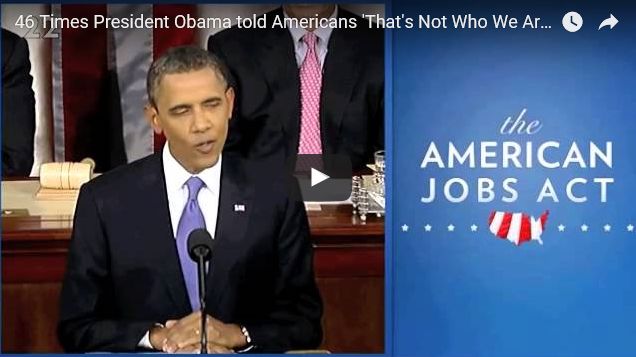 They own the coarsening of our culture that brings us to this point in time. So coarsened that a U.S. Senator feels perfectly comfortable connecting with her young-ish audience by letting rip with a few F-bombs, so comfortable in fact that they were scripted into her remarks.

We, on the other hand, due to the selective application of Progressive standards, are not allowed to say “pussy” (although they can even sing about it – at the White House no less) or the N-word (although blacks can and even white progs can - as long as they end it in an “a” instead of an “r”). 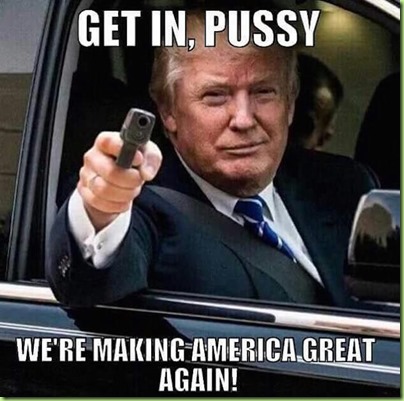 George Carlin bit it too soon, we’re slowly working our way through his entire list of 7 dirty words.

Full disclosure: MOTUS has dropped her share of F-bombs over time. I blame workplace hostility (mine). 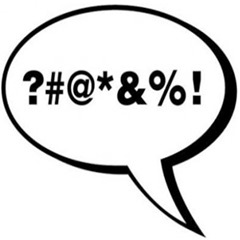 Nothing more vulgar and trashy than a woman who uses the F word in public or private. She can think she is as progressive as ever but in fact, she is white trash or worse.

I find it challenging to consider how our culture comes back from this brink.

So many cultural areas — the general lack of manners, the crude language, the sloppy way people dress, and the lack of respect for any cultural achievement which requires “work” — a symphony? I ain’t got time for that, I don’t “get it”. My rap song be keepin’ it real right out the box, man!

How does the nation turn this around and convince people that our current mode is not good and that perhaps we could be better off if we emulated some aspects of ... let’s say ... the 1940s?

Words have meaning and effect. The inability to increase ones vocabulary shows a distinct lack of maturity.

My 69 year old Bum, hurts just from reading your Post.

So many young people today also with tattoos, big ear piercings, face piercings and modes of dress that just advertise them as kinda stupid overall. Foul language as everyday speech just seals the deal as gutter trash. It seems NYers use foul language in conversations more than other regions of the nation.

“Nothing more vulgar and trashy than a woman who uses the F word in public or private.”.........

I completely agree! However, it is much the same for men as well. A small mind displays itself rather quickly when the user needs such words.

Point taken. Its the sign of a weak mind.

Around ten years ago I was at the only truck stop in Rhode Island trying to send some paperwork to the company so I could get paid for the load.

The kid (maybe 19-20) trying to scan the documents messed up and it wouldn’t send, twice.

By way of apology he said “sorry dude I don’t know what the F’N problem is. I scanned every F’N page but it wouldn’t F’N send. I must be F’N something the F up. I’ll try it again. I’m really F’N sorry dude.”

I asked him if he used that language with his parents, he seemed genuinely surprised that I was complaining about his choice of words.

10 posted on 06/11/2017 6:33:58 AM PDT by oldvirginian (Government is at best a necessary evil, at worst a millstone around the neck of the citizenry.)
[ Post Reply | Private Reply | To 1 | View Replies]
To: Uncle Sam 911
Nothing more vulgar and trashy than a woman who uses the F word in public or private.

I'm still in the dating game, and whenever I hear a woman drop an f-bomb it just ruins it, no matter how pretty the woman may be. Even a "lady" I met at a church function and asked out turned out to have a mouth like a bushing sewer pipe.

I wish I could time travel back to a better, more civilized time. time.

Profanity is used by people who wish to lend force to their speech, but lack the vocabulary to adequately do so.

Not just women that are white trash or worse using the F word. I think it’s just as vulgar when a man uses the F word as well.

I think liberals are losing control of themselves because they lost the election. Like Rush says, liberals go crazy when they aren’t in power.

Liberals acted nuts when George W. Bush was President but it has really gone to another level with President Trump.

“The Marines I have seen around the world have the cleanest bodies, the filthiest minds, the highest morale, and the lowest morals of any group of animals I have ever seen. Thank God for the United States Marine Corps!”

***cussing has become the new norm of communication with their tribe.***

To me it began back around 1965 with the Hippie and Leftists began to promote the most vile language as “normal”. Before that time, if you used such language in front of women and kids, the men would take you out back and give you a quick “attitude adjustment”.

And back then, at Country and Western dances, no one yelled “BullS#!t” as part of the dances. 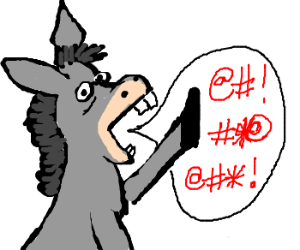 Using it in public is a sign of a deficient upbringing and just like a drunk in public, does not make that person funny, respectable or classy.