Hillary Clinton’s solution to combat terrorism? “Understand” those different from us, apparently including terrorists, right down to the foods they eat.

While speaking Monday at a Baltimore fundraiser for a youth program that sends students to Israel, Clinton lashed out at President Trump and his response to the latest London terrorist attack.

“This is a time for us to reach out to the world,” Clinton said, “to understand more about what is happening. Not just in our own country but indeed across the globe.

“It’s a time for steady, determined leadership, like we are seeing from local authorities in London, including the mayor of London,” she said, referring to Sadiq Khan.

“And it is a time to remember how important our alliances are. … Getting to know one another. Learning about the experiences, the lives, the cultures, the religions, the food,” she said emphatically.

“Putting yourself in another’s shoes, walking in them. It’s even more important that we work together with our allies and our friends and our partners,” Clinton said.

“Yes, to keep us safe, but also to expand our understanding of what we can achieve together.”

Her voice turning stern, Hillary said, “This is not a time to lash out, to incite fear or to use tragedy and terror for political gain.”

I hope she keeps talking. She is monumentally stupid and her continued presence makes things more difficult for the dems.

She can’t “call for” anything because she is the LOSER who lost.

She needs a sphincter on her mouth! 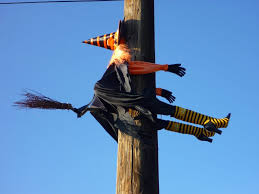 Oh yeah, that’ll work. All they need is more “understanding.” They need to understand that there will be huge pain inflicted every time there is a terrorist attack.

This woman is a f’n idiot.

I think Hillary cut the budget for paying her battalion of aides and various wordsmiths. We are seeing exactly what is left: a whole lots of greed, criminality, stubbornness, and..... stupidity.

She needs a sphincter on her mouth!


She IS a sphincter. She’s essentially always saying ‘what’.

Sure. Perhaps we can have parties where we swap TATP recipes or truck highjacking strategies.

14 posted on 06/06/2017 9:11:48 AM PDT by posterchild (Treade a worme on the tayle, and it must turne agayne.)
[ Post Reply | Private Reply | To 1 | View Replies]
To: Enlightened1
Now, Hillary has added another word to her semantic maneuvers, in an effort to pretend her relevancy to America's political process. Previously, she spoke of "truth and reason." Now, she speaks of "understanding." All appear to be words whose meanings are past her level of comprehension.

Hillary speaks of "truth and reason"--concepts and qualities which seem to have escaped her attention throughout her public life.

A reading of Jefferson on the same topics provides context for examining her remarks before these young minds and hearts.

We who have grown up in a democracy take for granted a government of the people based on reason and the people's choice. But before our nation was founded, modern governments were based on authoritarian domination. The people in general were considered little more than cattle, to be governed and controlled by those possessing wealth, education and power, and kept under subjection lest they undermine the stability of the government. The Founding Fathers introduced the revolutionary idea that government could rest on the reasoned choice of the people themselves, which was thought absurd in other lands at that time. - http://famguardian.org/Subjects/Politics/ThomasJefferson/jeff0700.htm

"My hope [is] that we have not labored in vain, and that our experiment will still prove that men can be governed by reason." --Thomas Jefferson to George Mason, 1791. ME 8:124

"I have so much confidence in the good sense of man, and his qualifications for self-government, that I am never afraid of the issue where reason is left free to exert her force." --Thomas Jefferson to Comte Diodati, 1789.

"I am satisfied the good sense of the people is the strongest army our government can ever have, and that it will not fail them." --Thomas Jefferson to William Carmichael, 1786. ME 6:31

"Let common sense and common honesty have fair play, and they will soon set things to rights." --Thomas Jefferson to Ezra Stiles, 1786. ME 6:25

"It is comfortable to see the standard of reason at length erected, after so many ages, during which the human mind has been held in vassalage by kings, priests, and nobles; and it is honorable for us to have produced the first legislature who had the courage to declare that the reason of man may be trusted with the formation of his own opinions." --Thomas Jefferson to James Madison, 1786. ME 6:10

"[Our] principles [are] founded on the immovable basis of equal right and reason." --Thomas Jefferson to James Sullivan, 1797. ME 9:379

"We believed that men, enjoying in ease and security the full fruits of their own industry, enlisted by all their interests on the side of law and order, habituated to think for themselves and to follow their reason as their guide, would be more easily and safely governed than with minds nourished in error and vitiated and debased... by ignorance, indigence and oppression." --Thomas Jefferson to William Johnson, 1823. ME 15:441

"The idea of establishing a government by reasoning and agreement, [the monarchists] publicly ridiculed as an Utopian project, visionary and unexampled." --Thomas Jefferson: The Anas, 1797. ME 1:419

"Our people in a body are wise because they are under the unrestrained and unperverted operation of their own understandings." --Thomas Jefferson to Joseph Priestley, 1802. ME 10:324

"This blessed country of free inquiry and belief has surrendered its creed and conscience to neither kings nor priests." --Thomas Jefferson to Benjamin Waterhouse, 1822. ME 15:385

"No experiment can be more interesting than that we are now trying, and which we trust will end in establishing the fact, that man may be governed by reason and truth." --Thomas Jefferson to John Tyler, 1804. ME 11:33

"Truth and reason are eternal. They have prevailed. And they will eternally prevail; however, in times and places they may be overborne for a while by violence, military, civil, or ecclesiastical." --Thomas Jefferson to Rev. Samuel Knox, 1810. ME 12:360

"Truth will do well enough if left to shift for herself. She seldom has received much aid from the power of great men to whom she is rarely known and seldom welcome. She has no need of force to procure entrance into the minds of men." --Thomas Jefferson: Notes on Religion, 1776. Papers 1:547

11.2 Actions Based on Reason

"Everyone must act according to the dictates of his own reason." --Thomas Jefferson to Samuel Miller, 1808. ME 11:429

"The opinions and belief of men depend not on their own will but follow involuntarily the evidence proposed to their minds." --Thomas Jefferson: Bill for Religious Freedom, 1779. Papers 2:545

"I suppose belief to be the assent of the mind to an intelligible proposition." --Thomas Jefferson to John Adams, 1813. ME 13:350

"Everyone, certainly, must form his judgment on the evidence accessible to himself." --Thomas Jefferson to William Duane, 1811. ME 13:26

"A patient pursuit of facts, and cautious combination and comparison of them, is the drudgery to which man is subjected by his Maker, if he wishes to attain sure knowledge." --Thomas Jefferson: Notes on Virginia Q.VI, 1782. ME 2:97

"When we see two facts accompanying one another for a long time, we are apt to suppose them related as cause and effect." --Thomas Jefferson to James Maury, 1815. ME 14:319

"We certainly are not to deny whatever we cannot account for. A thousand phenomena present themselves daily which we cannot explain; but where facts are suggested bearing no analogy with the laws of nature as yet known to us, their verity needs proofs proportioned to their difficulty. A cautious mind will weigh well the opposition of the phenomenon to everything hitherto observed, the strength of the testimony by which it is supported, and the errors and misconceptions to which even our senses are liable." --Thomas Jefferson to Daniel Salmon, 1808. ME 11:441

"Proof is the duty of the affirmative side. A negative cannot be positively proved." --Thomas Jefferson to Martin Van Buren, 1824. ME 16:55

"By analyzing too minutely we often reduce our subject to atoms, of which the mind loses its hold." --Thomas Jefferson to Edward Everett, 1823. ME 15:414

"Shake off all the fears and servile prejudices under which weak minds are servilely crouched. Fix reason firmly in her seat, and call to her tribunal every fact, every opinion. Question with boldness even the existence of a God; because, if there be one, he must more approve of the homage of reason, than that of blindfolded fear." --Thomas Jefferson to Peter Carr, 1787. ME 6:258 Papers 12:15

"I was bold in the pursuit of knowledge, never fearing to follow truth and reason to whatever results they led, and bearding every authority which stood in their way." --Thomas Jefferson to Thomas Cooper, 1814. ME 14:85

"It is surely time for men to think for themselves, and to throw off the authority of names so artificially magnified." --Thomas Jefferson to William Short, 1820. ME 15:258

"If [my] opinions are sound, they will occur to others, and will prevail by their own weight, without the aid of names." --Thomas Jefferson to Samuel Kercheval, 1816. ME 15:70

"Lay aside all prejudice on both sides, and neither believe nor reject anything because any other persons, or description of persons, have rejected or believed it. Your own reason is the only oracle given you by heaven, and you are answerable, not for the rightness, but uprightness of the decision." --Thomas Jefferson to Peter Carr, 1787. ME 6:261

"In a republican nation whose citizens are to be led by reason and persuasion and not by force, the art of reasoning becomes of first importance." --Thomas Jefferson to David Harding, 1824. ME 16:30

"Nothing is so desirable to me as that after mankind shall have been abused by such gross falsehoods as to events while passing, their minds should at length be set to rights by genuine truth. And I can conscientiously declare that as to myself, I wish that not only no act but no thought of mine should be unknown." --Thomas Jefferson to James Main, 1808. ME 12:175

"There is not a truth on earth which I fear or would disguise. But secret slanders cannot be disarmed, because they are secret." --Thomas Jefferson to William Duane, 1806. ME 11:94- 17 posted on 06/06/2017 9:13:38 AM PDT by t4texas (Remember the Alamo!)
[ Post Reply | Private Reply | To 1 | View Replies]
To: Enlightened1
“It’s a time for steady, determined leadership, like we are seeing from local authorities in London, including the mayor of London,” she said, referring to Sadiq Khan.

So, according to the Hildebeest,the Muzz Mayor of London should be a model in the fight against Islamic terrorism.

My solution is similar:

Understand those who engage in terrorism or support terrorists, right down to their GPS coordinates and an air-to-ground special delivery.