Alinsky Rule #12. “Pick the target, freeze it, personalize it, and polarize it.” Cut off the support network and isolate the target from sympathy. Go after people and not institutions; people hurt faster than institutions.

Next up, Kathy Griffin - because she, like Reza, knows who the real victim is here. And who is the real target. Let me just ask you two: What part of covfefe do you not understand? 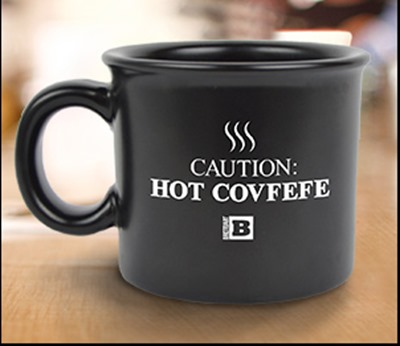 The lamestreamers have got to be pissed as London takes away from their precious broadcast time reserved for Trump/Russia and Trump/Paris.

3 posted on 06/04/2017 4:31:19 AM PDT by JPG (Covfefe Rules!)
[ Post Reply | Private Reply | To 1 | View Replies]
To: JPG
The lamestreamers have got to be pissed as London takes away from their precious broadcast time reserved for Trump/Russia and Trump/Paris.

I've noticed recently whenever there is a terrorist attack, it isn't the loss of life that angers the Left, it's that people might agree with President Trump that pisses them off the most.

Yes, I agree. And I wondered this morning if Kathy Griffin weren’t mad about the London attacks because they were distracting from HER pity party.

Funniest scene in all of cinema!

Is a partial blockage of visitors from muzzy countries possible? I hope so. But what we need is a total halt to all muzzies coming into the country, and the expulsion of all who are not citizens. Those who are dual citizens get kicked out, if they commit a crime.

Why is expulsion not on the agenda? If our Christian Republic is to survive, we’re going to have to eventually close all of the mosques in this country. We can then sell the property to help pay the costs of resettling the Muslim population somewhere in the Middle East.

That includes those who are legally citizens of this country. Their citizenship should be stripped so that they can be deported.

The sooner we start, the quicker it will get done. I call on all Freepers to help get expulsion “trending” in the political discourse. I’m pretty sure expulsion is what Trump really wants to pursue. But he needs to know that we will have his back if he does it.

It actually means anything we want it to mean. 😀

Someone on FR a while ago posted the relevant statute from the State Department about revoking naturalized citizenship. Many of the naturalized moslems in the US qualify for having their citizenship revoked. I can’t remember the details but I did later search and found it online.

I’m not totally hip to the pronunciation.

I use the third iteration.

I figured the Reddit crowd would have nailed down a standard pronunciation but they seem to be all over the place with maybe a slight preference for kohv feh feh. Interestingly they seem to have rejected the word as a meme.