Hillary Clinton finally explains exactly how the vast rightwing conspiracy  works. And darned if it doesn’t sound like standard, everyday operating  procedure at the DNC. 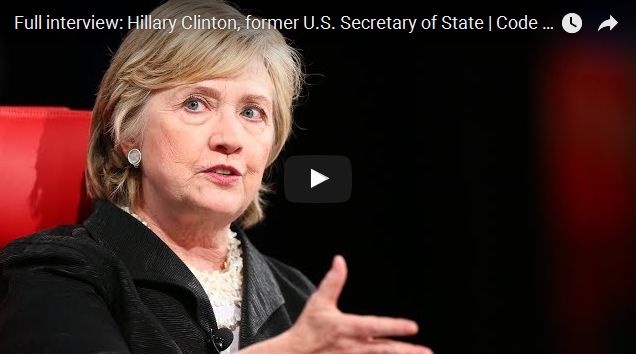 A brief re-cap in case you don’t wish to waste another minute of your life on HRC: Hillary Clinton blames  1000 Russians, Facebook, bots, Comey, Wikileaks and Fake News for her loss: "I take responsibility for every decision that I make, but that's not why I lost." Indeed. It is not.

I say pay the reverse-ransom; it will be worth it to make her go away forever, no matter the cost. 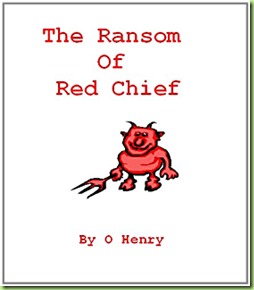 Hillary may actually go down as the worst and bitterest losing candidate in history.

She is becoming the crazy Aunt in the attic and the scadenfreude is delicious!

She lost because her fraud committee wasn’t up to par.

If Satan had a wife, it would be Hillary. This is one vile, amoral, miserable woman.

What a sad, bitter old woman.

Ten years from now they will fibd her in a bar jawboning the patrins, “I had it allll locked up. All locked up. Then Russia and the FBI and those damned Dallas Cowboys . . .”

Who would be worse? I thought Gore was terrible but even he shut up and he was actually much closer in his loss.

Has there ever been a candidate that bashed their own party after losing the election?

Umm, have you forgotten Al Gore's antics in the last 16 years and the behavior of John McCain ( I know, it is complicated as to why ) as of late?

All three are coming down the home stretch and it is too close to call as the approach the finish line, IMHO :-).

I’m not a rocket scientist or campaign expert, but there are things which stick out:

1. Explaining the logic of relying a bathroom server one-trick pony operation when all the rest of your entire organization is using a multi-million dollar email server operation staffed around the clock...defied logic.

2. Allowing or recommending your people to cut and paste classifed to go to your bathroom server, instead of a secure email device....defied logic.

4. Not dumping your husband....after he’d tried to rape a minimum of ten different women....defied logic.

5. Continuing to demonstrate stroke-like effects that limited your movement and health but never admitting this in public....defied logic.

6. Demonstrating temper tantrum-behavior like a 12-year-old on a regular basis....defied logic.

7. Doing the funny hand and noise signals for a debate to get zinger-openings tossed back to you....defied logic.

8. Not looking at the obvious numbers in four different states for the last ten days of the campaign and making thirty-odd stops scheduled in those states over the period...defied logic.

I could go on, but this is a candidate with such marginal accomplishments...even her resume as senator and state department chief is limited to six lines max.

Like those old timey female movie stars who went insane, sitting all alone with a bottle of gin and a glass, screeching to anyone who would listen,” I was a star, I tell ya!! A star!!!”

You should remake that with no hamburger patty. Lol

She doesn’t realize that this constant excuse making, makes her look like a sore loser, and really stupid to boot.

Apparently this old hag’s legacy is that of a sore loser. She can’t get over it.

I’ve lost a few things in my life that I thought were unfair or rigged against me. Yes, I fretted, but got over it and looked towards other more positive things.

She needs to find what’s positive in her life and concentrate on that. If she want’s another shot at the presidency, she needs to find out what her party wants most and create a new positive campaign strategy on that.

But she won’t, she’s a nutjob showing off the best skills of a nutjob. The only ones impressed are fellow nutjobs.

Right-as Rather said...’untrue but factual’... SHE’S as full of s&^t as all the rest of those Liberal creeps she leads around by the nose.

I still can’t believe there are THAT many people running around who positively LOVE being deceived.

But then... there ARE people who have a deep, instinctive, pathological NEED for subservience..... the Third Reich proved that.

Individuals like that can’t exist without their enablers. They are co-dependent and it’s a real unwholesome and diseased relationship for BOTH.

Groups like that can’t exist without a ‘Hillary Clinton’...a situation equally as unwholesome and diseased.

Unfortunately for Americans, this political ‘sicko/enabler group’ is dangerous to everyone and everything with which it is associated.

Until there is incontrovertible proof that she killed someone, that title may belong to Aaron Burr.