It’s not surprising that a Liberal  protest that began as an Earth Day pro-science march turned into another leftist anti-Trump rally. 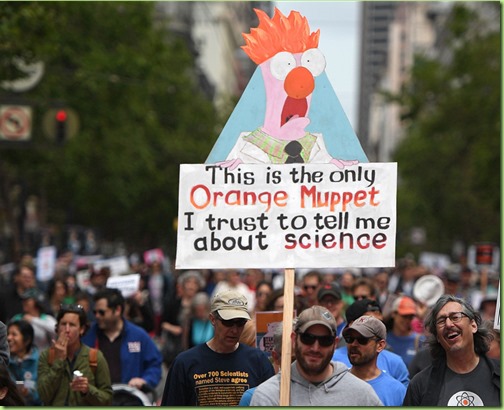 What else would you expect from an event that was inspired by the Women’s March on Washington?

The idea to create a march was inspired by the 2017 Women's March of January 21, 2017, and originated from a discussion in Reddit.

Because if you read it on Reddit, it must be important. 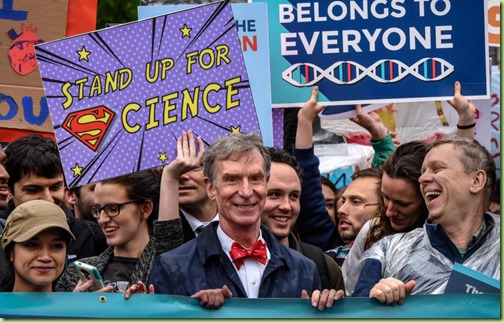 Hello, I’m  Dr. Science. I’m not a real doctor but I do have a Masters Degree…in Science!

(The March was) organized by scientists skeptical of the agenda of the Trump administration, and critical of Trump administration policies widely viewed as hostile to science. The march's website states that an “American government that ignores science to pursue ideological agendas endangers the world.” – Wiki

As opposed to the former administration that “ignored science to pursue ideological agendas.” 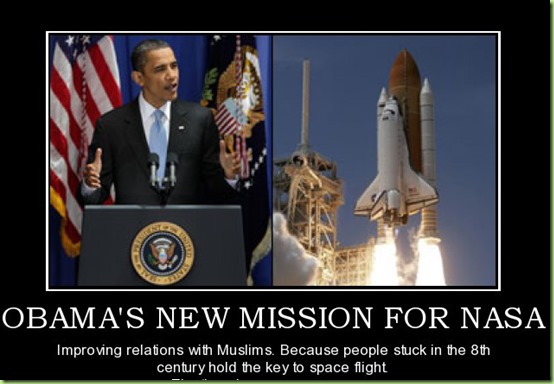 And just like the Women’s March organizers who disinvited pro-life women, the March for Science had no use for those who didn’t subscribe to their interpretation of data (man made global warming aka climate change):

Organizers describe the march as “a call to support and safeguard the scientific community.” But then they silence and expel those who won’t bow to the community’s majority opinion — the “scientific consensus.”

Because, as John Stossel states, their “science” must be accepted on faith, not facts. Just like religion.

And who indeed could object to marching for “science?”

Marching for science might seem comfortingly straightforward. Science activism has a shiny allure of certainty. Your placards come with citations. You’re on the side of evidence. You. Have. A. Graph. 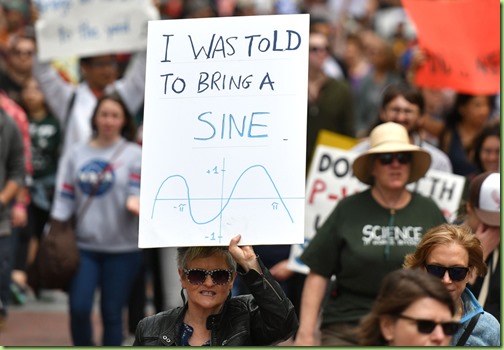 Consider for a  moment however that our Constitution did not create government to pursue either religion or “scientific endeavor” but rather “life, liberty and the pursuit of happiness.”

What appears to be a war on science by the current Congress and president is, in fact, no such thing. Fundamentally, it is a war on government. To be more specific, it is a war on a form of government with which science has become deeply aligned and allied over the past century. To the disparate wings of the conservative movement that believe that US strength lies in its economic freedoms, its individual liberties, and its business enterprises, one truth binds them all: the federal government has become far too powerful.

Science is, for today’s conservatives, an instrument of federal power. They attack science’s forms of truth-making, its databases, and its budgets not out of a rejection of either science or truth, but as part of a coherent strategy to weaken the power of the federal agencies that rely on them. Put simply, they war on science to sap the legitimacy of the federal government. Mistaking this for a war on science could lead to bad tactics, bad strategy, and potentially disastrous outcomes for both science and democracy. - Perspective: Its not a war on science. 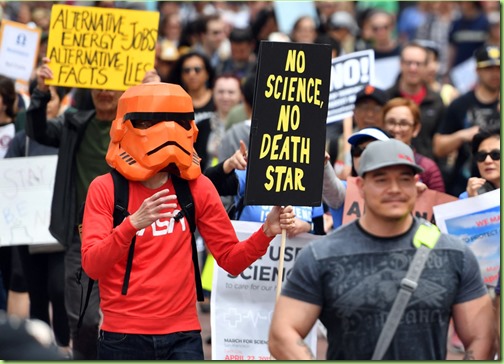 But we have good cause to question science’s current “forms of truthmaking” as most of it creates untruths. Science has been producing government subsidized “studies” for years now based on nothing more than epidemiologic studies. No matter how you feel about epidemiology in it’s current application it is not real science (real science requires physics and chemistry); like political polls if you know the answer you’re trying to get you know how to ask the questions in order to get it. Besides sometimes intentional design flaws the very way data is collected and analyzed is questionable. Whenever you rely on people’s memory, responses and accuracy over the course of years-long studies you are going to get inaccurate data. The published results tend to be researchers’ best guess given the data they’ve managed to collect. That leaves much room for error. Hence we continue to get conflicting advice like this latest:

“We were told for decades to avoid yolks and limit our dietary cholesterol to help protect against heart disease. Yet in 2015, the U.S. dietary guidelines dropped the daily cap on cholesterol. It turns out that studies since the 1950s had found that dietary cholesterol had little meaningful effect on blood cholesterol. What a shame for all of those delicious omelets we never got to eat. And, more seriously, for all the vitamins we missed — egg yolks are far more nutrient-dense than the whites, with super-rich amounts of biotin , choline and lutein.” - Healthy Substitutes 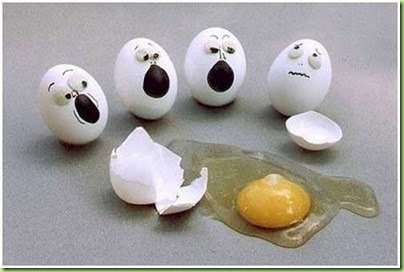 We’ve seen the same type of reversal on recommendations for things such as salt and saturated fat. And yet over 90% of doctors, nutritionists and diet “experts” continue to recommend the same low-fat, low-salt diet regimen that they have been promoting for decades based on government pseudo-studies.

One problem is that many of the marchers apparently believe that scientific evidence necessarily implies the adoption of certain policies. This ignores the always salient issue of trade-offs. For example, acknowledging that man-made global warming could become a significant problem does not mean that the only “scientific” policy response must be the immediate deployment of the current versions of solar and wind power. – Reason 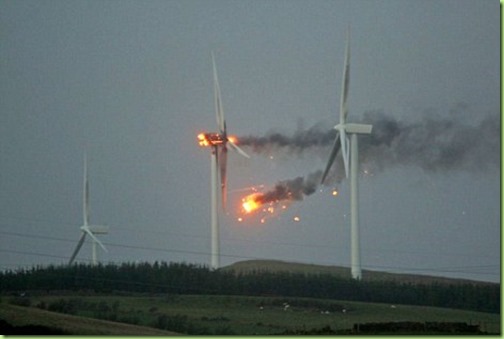 But hey! It was a nice day for a March for Science. And maybe it will save the world, you never know. 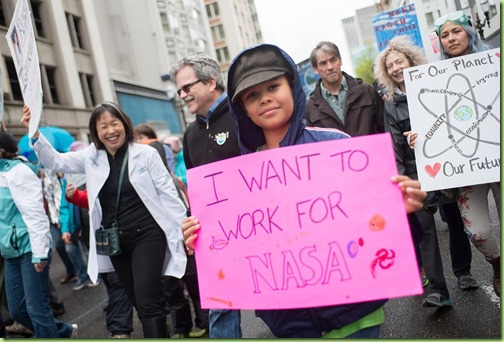 If you’re lucky, honey, President-anti-science-Trump will let NASA to do more than promote the self-esteem of Muslims.

Several of the references above from: Untangling the March For Science, an excellent read.

Some real gems in the photos.

I liked the lady with the sine wave sign.

A sine wave, way out of phase. Kind of like her message.

March for Science, my flaming ass. March for Leftist Causes is more accurate.

I happened upon one of these demonstrations Saturday in downtown Clearwater, FL.

I did not see any science signs. I did see lots of LBGTQWERTY rainbows and “Love Trumps Hate” type stuff.

All that was missing were vagina hats.

“I liked the lady with the sine wave sign.”

I bet her favorite tv show was Sinefeld.

I’ll be here all week. You’ve been warned.

That sine wave sign was really badly drawn ... it should pass through the origin.

I trust Bill Nye on science issues just as much as I would Capt. Kangaroo piloting my cruise ship thru a field of ice bergs.

Nye has NO degrees in “science” — he’s an engineer.

More like, the march for scientism - the weaponization of science for left’s political purposes.

True science would never label anyone who questions theories like human caused global warming as deniers or state that the science is settled. Imagine where wr would be today if in the 1600s if rallies like this were held supporting an unmoving earth as center of the universe and were sponsored by the Inquisition.

People who designed the Titanic had a Master’s Degree too.