I recall once having lunch with a female colleague who was complaining vociferously for the millionth time about not advancing fast enough in the corporation. Her boss was a misogynist, he was always giving the best projects to the men in her department – who only had engineering degrees while she held both an engineering degree and a law degree – both from the University of Michigan! Bunch of chauvinist pigs (that term was still popular in the early 80’s).

As I mentioned, this was about the millionth lunch hour I’d spent listening to her whine about how much more educated, smarter and capable she was than all her co-workers, and how her superior intelligence and skills were overlooked simply because she was a woman. She had embraced the sisterhood of the traveling victims society long before it was so lucrative. Apparently mistaking me for a member of her sisterhood she seethed on and on about all the unfair exclusionary behavior her boss and male colleagues practiced, including never inviting her to join them for lunch. This was not a problem I encountered in my own department; not to boast, but I was a pretty popular lunch companion and in fact had passed up an invite to our Friday staff lunch in order to honor my prior commitment to Ms. Wendy of the Unwavering Whine.

So perhaps her complaint about never being invited to join the boys reminded me that I was missing the beer, pizza, jokes and good natured camaraderie that comprised Friday lunches back in the day. Whatever the reason, her complaint drew a rather direct (and, I acknowledge, probably insensitive) response: I heard myself saying to her  “maybe it’s nothing as pernicious as misogyny, maybe they just don’t like you.”  I can still see the stunned look on her face; she was a beautiful woman and quite smart but totally tone deaf to anyone other than herself. As a result she was quite lacking in the social graces.  I suspect nobody had ever spoken to her so bluntly in her entire life.

Anyway, I hadn’t thought of that long ago lunch for over 30 years but this story reminded me of it:

Bill and Hillary Clinton made no secret of the fact they blame campaign staffers for her defeat in the presidential election, according to a new book about her failed bid.

“She was visibly, unflinchingly pissed off at us as a group,” an unnamed staffer said in the book, according to an excerpt obtained by The Hill. “And she let us know she felt that way.”

The book reveals the former secretary of state was full of excuses for why she faired poorly against Vermont Sen. Bernie Sanders in the primary and President Donald Trump in the general election. Jonathan Allen and Amie Parnes co-authored the book, titled “Shattered: Inside Hillary Clinton’s Doomed Campaign.”

Reportedly furious after a dismal showing in the primaries, Clinton manufactured multiple reasons for her performance. She blamed her former campaign director Robby Mook for not selecting the right travel stops and for spending heavily in the wrong areas…. 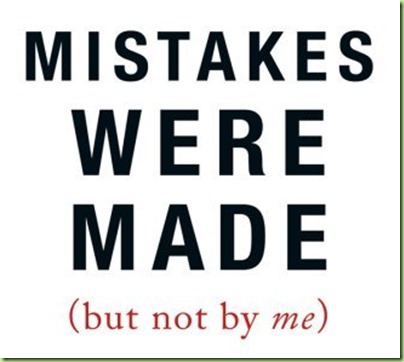 “The underlying truth — the one that many didn’t want to admit to themselves — was the person ultimately responsible for these decisions, the one whose name was on the ticket, hadn’t corrected these problems. - Daily Caller 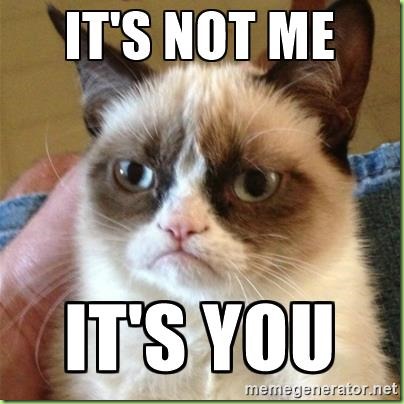 A blessed Good Friday to all believers: 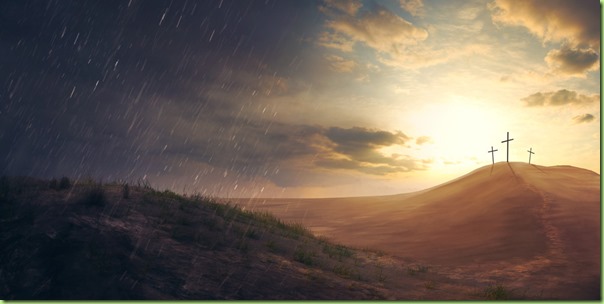 I’ll be on the road the next few days, so play nice in the sandbox and don’t leave any “treats” behind for the dogs. Oh, and congrats on the arrival of new BooKitty, Boo! Just in time for Easter.

Introspection is a tool unknown to the inveterate complainer.

2 posted on 04/14/2017 5:33:15 AM PDT by Louis Foxwell (The Left has the temperament of a squealing pig.)
[ Post Reply | Private Reply | To 1 | View Replies]
To: NOBO2012
I can still see the stunned look on her face; she was a beautiful woman and quite smart but totally tone deaf to anyone other than herself. As a result she was quite lacking in the social graces. I suspect nobody had ever spoken to her so bluntly in her entire life. Anyway, I hadn’t thought of that long ago lunch for over 30 years

Oh, so I guess she shut you down, huh? You should've delivered it playfully.

My experience is that management was always searching for talented women. They were hired and promoted faster than men. Most of them did a decent job, but they were preferred in order to meet the affirmative action goals, or at least keep the dogs at bay.

One of the senor executives at a small company that I own bitched about how she wanted to be an owner. When we offered to sell her shares in the company the risks were too great for her and she declined. I hope she stops bitching now.

Michelle did her friend a huge favor be telling her the truth.

I have feeling that person simply refused to look honestly in the mirror, even after begin confronted with the truth, and that their lunch conversation was the end of their relationship. Considering the value of one’s limited time on this Earth, I think Michelle, in attempting to help another, also did herself a favor by ridding herself of an unpleasant time-sink.

Wishing the blog would change its name. Fine joke for a limited time, but that’s passed now. Am trying to forget the Os ASAP.

7 posted on 04/14/2017 5:59:45 AM PDT by ctdonath2 (It's not "white privilege", it's "Puritan work ethic". Behavior begets consequences.)
[ Post Reply | Private Reply | To 1 | View Replies]
To: marktwain
That is how it was in Bell Labs when I was there back in the 90's...any
staff engineer with ovaries and heartbeat had a 'rocket tied to her
posterior' as my section chief used to say...and once some, not all, got into
a position of authority, they became world class beyotches, most likely
because they thought, wrongly IMO, was the only way they would garner
respect from their male colleagues.

Anyone who thinks otherwise certainly knows nothing about leadership and doesn't operate in the "real world" - it's NEVER their fault and some peon or underling must be to blame!

To borrow from Raylan Givens from Justified. "You meet an @sshole in the morning, you met an @sshole. You meet @ssholes all day long, you're the @sshole."

A lot of women just don’t know how to handle authority. They’re uncomfortable with it, they don’t have much cultural frame of reference for it, and they overcompensate by trying to act as (they think) men act. They think that’s how to do it, because they don’t KNOW how to do it.

Bobalu’s rules for being liked.

-Always try to make everyone around you as comfortable as possible.

-Never, ever, intentionally antagonize or disrespect anyone..from the CEO of your firm to the elderly lady that cleans the offices.

-Remember that life is not all about you.

-Keep in mind life is often unfair, we all have to learn to live with that or it will destroy us.

-If you count up the people that dislike you and it exceeds
3 then the problem is you.

-Always be on the lookout for a reason to heap praise on a colleague for work well done.

-Always be alert for a chance to compliment someone on their appearance.... it is deeply appreciated.

-If you love (or like) someone say so as often as you can squeeze it in without seeming maudlin...what if you never again get the chance?

-This is the ancient one— “Treat everyone the way you want them to treat you...even if they do not”

There was a time in my life when I followed none of these edicts...life had dealt me a shitty hand. I prayed on my situation and this is what came to me and from that moment on I was a different person... and everyone became glad whenever I arrived at any venue. It changed my life. Let me tell you, when everyone waves and says hello and wants to come over and talk when you arrive it makes your soul soar.

“-If you count up the people that dislike you and it exceeds
3 then the problem is you.”

Unless you are the lone white male heterosexual libertarian/conservative evangelical Christian in your workplace. Then the problem is probably them.

I forgot one point..

-The horn that blows itself soon becomes annoying.

Never claim to be so brilliant that only you could have accomplished a task.
Take pride in work well done... but never forget that there is always someone that could have done it better and quicker.

19 posted on 04/14/2017 8:47:16 AM PDT by fella ("As it was before Noah so shall it be again,")
[ Post Reply | Private Reply | To 1 | View Replies]
To: NOBO2012
Reportedly furious after a dismal showing in the primaries, Clinton manufactured multiple reasons for her performance. She blamed her former campaign director Robby Mook for not selecting the right travel stops and for spending heavily in the wrong areas….

The sole reason for Hillary's loss was ABC...Anybody But Clinton.