How do these people organize so quickly? 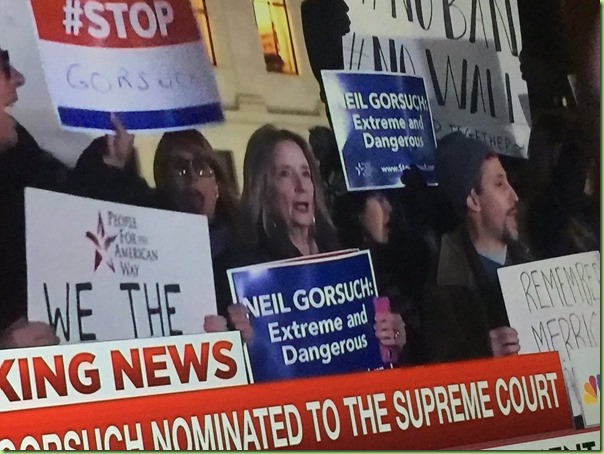 I particularly like the #STOP “fill in the blank” signs, so practical when you’re not certain who or what you’ll be required to protest at any given moment. It seems the George Soros “grassroots” rent-a-mob enterprise has expanded its franchise of the perpetually pissed off. They are now available to assemble at will any time, any place to dissent/demonstrate and generally bellyache about whatever their overlords instruct them to.

In any event I think I finally know what Obama was talking about when he said we need  “a civilian national security force that's just as powerful, just as strong, just as well-funded” as the military: he meant to secure the advancements of the socialist state.

They should be careful with ongoing “protests” of this ilk; sooner or later they become nothing but annoying background noise that at first you simply ignore and later on swat like a fly. 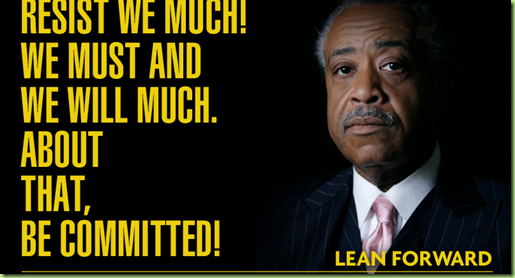 The left would do well to remember who won this election and realize that they are fortunate indeed because Middle America was not about to take 4 or 8 more years of being transformed into the Left’s version of a socialist paradise. As J.Kb said:

Maybe I am everything that the antis think I am.  When the culture columnist of the New York Times calls all of America between the coasts the “dance of the low sloping foreheads” my first thought is does he forget who in America owns the 300 Million guns that the NYT thinks is too many?

Personal Note: As the snow fell softly Dad was laid to rest yesterday with a high funeral Mass and full Military Honors graveside by the local VFW. The services were lovely and though bittersweet we remember he lived a full and rewarding life and now rests with the angels.

Sorry about your dad. I don’t care how old you are, losing your dad makes you feel strangely cast adrift.

Black and yellow are the “RESIST” colors.

And boy, those pre-printed posters!! Ready within minutes of the nomination!

Or, really, we should thank ourselves, since I am positive these progressives have found a way to print those signs on the taxpayer’s dollar!!

Black and yellow are the colors of crime scene tape

Are there any plans to change the name? Michelle is old news. Melania Trump’s Mirror would probably get more hits.

ALEXANDRIA, Va. – The Judicial Crisis Network (JCN) today announced plans for a national campaign to confirm President Trump’s nominee to the Supreme Court. Coming off of its historic “Let the People Decide” victory in the Garland nomination battle, JCN will engage a comprehensive campaign of paid advertising, earned media, research, grassroots activity, and a coalition enterprise, all adding up to the most robust operation in the history of confirmation battles. JCN and its allies will focus on states where Senate Democrats are vulnerable in 2018, particularly those where Trump won by large margins. JCN spent more than $7 million in its Let the People Decide effort, and it expects to spend at least $10 million to confirm the next justice.

“We are preparing to launch the most robust campaign for a Supreme Court nominee in history and we will force vulnerable Senators up for re-election in 2018 like Joe Donnelly and Claire McCaskill to decide between keeping their Senate seats or following Chuck Schumer’s liberal, obstructionist agenda,” said Carrie Severino, Chief Counsel and Policy Director of the Judicial Crisis Network.

“Any vulnerable Senator who signs up for Schumer’s obstructionist strategy will pay a heavy price in 2018. Exit polls showed that over one fifth of voters said the Supreme Court was a primary reason for their vote and of that large percentage of Americans, Trump won those voters by a resounding 57-40 margin. And he won some of those states by overwhelming margins. The President-elect clearly has a mandate when it comes to the Supreme Court and this effort will ensure that the will of the people prevails,” Severino continued.

I didn’t think of that. But if you look at social media accounts, a lot of former Obama/Clinton people — campaign as well as government officials— are sporting that #RESIST badge in yellow and black.