I would be remiss if I didn’t report on the Won’s last Presidential Medal of Freedom Awards show. The last, like the first, was all about Obama:

"Everybody on this stage has touched me in a very powerful, very personal way.These are folks who have helped make me who I am.”

How would you like to put that on your resume? 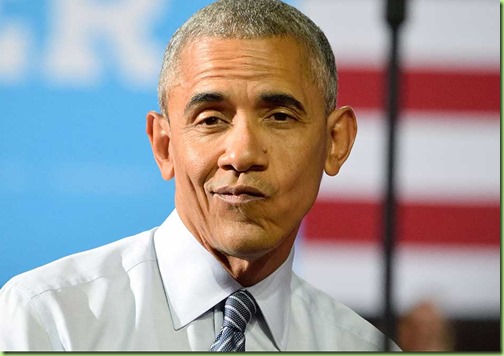 “I helped put the smug in Obama’s smile.”

Perhaps most striking about Tuesday’s ceremony is that nine of the 20 awards (45 percent) recognize actors, artists, or musicians — a category that represents only 17 percent of total Medal recipients to date…[ed. in case you’re counting- and who isn’t?] The ceremony was as diverse as it was star-studded – WaPo

Well of course it was; diversity is what this administration is best known for! Some of this year’s diverse recipients include people from the field of entertainment: Lorne Michaels, Tom Hanks, Robert Redford, Robert DeNiro, Ellen DeGeneres and Cicely Tyson, Bruce Springsteen and Diana Ross; sports: Kareem Abdul-Jabbar, Michael Jordan and big business: Bill and Melinda Gates. Gay , straight, black, white, male, female, smart and dumb – I think that checks almost all the boxes. 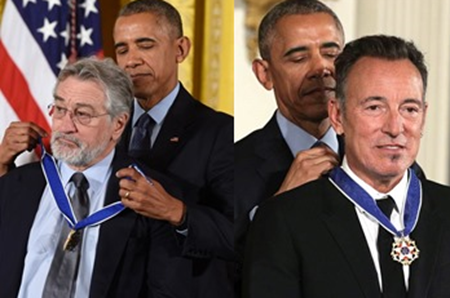 If this feels like déjà vu it’s because many of these recipients have previously been recipients of the Obama White House prestigious Kennedy Center Honors. We’re diverse butt we’re not THAT diverse. 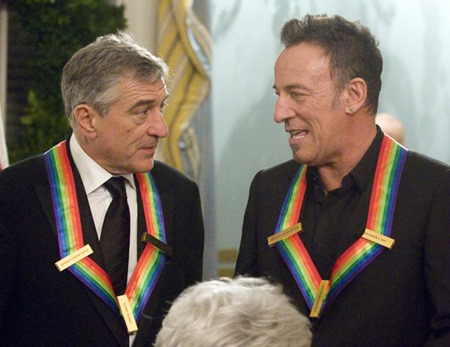 And as far as DeNiro is concerned, as you may recall he was not exactly a Donald Trump supporter, saying he was  "blatantly stupid," a "pig" and a "bullshit artist" who he’d like to punch in the face. He’s tempered his position somewhat saying “now he’s president-elect and I just want to see what he’s going to do." I guess that means he won’t be moving to Canada right away.

Anyway, stay tuned, today is official Turkey Pardon day. No, not Bill and Hillary, real turkeys – like Caramel and  Popcorn. 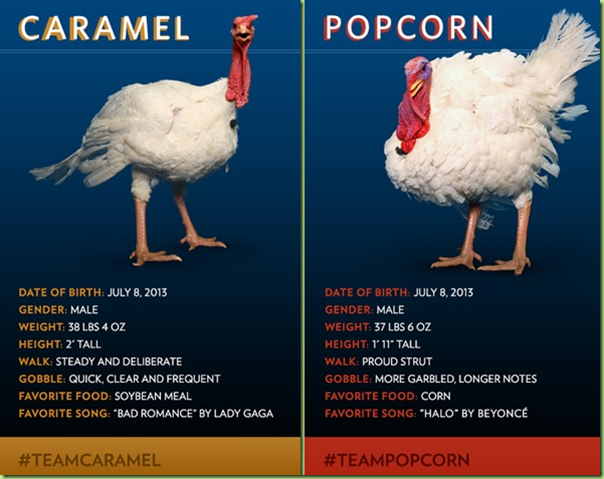 And now - on to the kitchen. Get that turkey thawed. Man the stove comrades! There are pies to bake, sweet potatoes to be topped with marshmallows, giblets to stew, dressing to made! Not to mention Jello molds to be filled and silverware to be polished. It’s shaping up to be a very, very busy day.

I wonder if there will be a document dump to get the holiday weekend off to a good start? Maybe not; maybe this goose is already cooked. 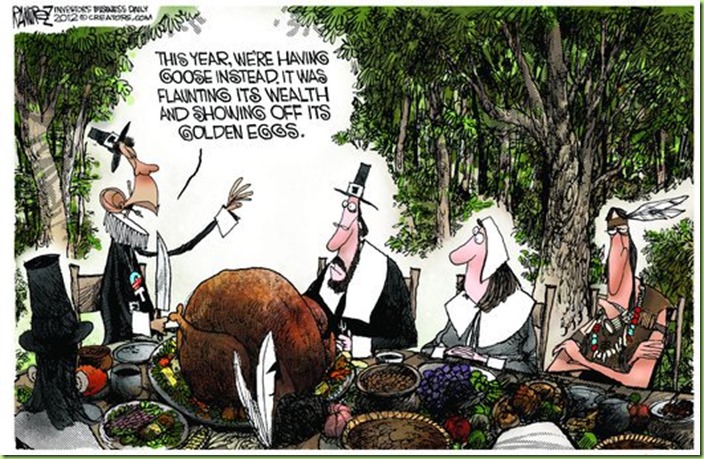 Most of them did is much to deserve those medals as obama did to deserve a Nobel Peace Prize.

We are now using gay pride ribbons to hold the Presidential Medal of Freedom apparently.

Sounds like oblammy’s award show was mostly about HIM...as usual.

One of those awards now indicates a pretty good chance that the recipient lives on the left side of the Bell Curve.

Presented to them by the sigma to the left stuttering quota boy.

YUK !!! to them. Continued farce. Lives largely of self gratification.

I think I may be reading too much into the name of the award, the ‘Presidential Medal of Freedom.’

Kind of suggests more to me than being a great basketball player, a gay comedienne, a singer from NJ, etc.

Probably could find Americans who promoted freedom, advanced science, showed great self-sacrifice to improve lives of others... but I guess that just wouldn’t be as fun for President Vacation.

7 posted on 11/23/2016 6:42:49 AM PST by Made In The USA (Rap music: Soundtrack of the retarded.)
[ Post Reply | Private Reply | To 1 | View Replies]
To: Buckeye McFrog
We are now using gay pride ribbons to hold the Presidential Medal of Freedom apparently.

Well, the ceremony was all about him, was it not?

I remember Jack Black said something similar in School of Rock. It didn't go over very well with the parents.

What did these multimillion dollar actors and sports stars do to deserve a medal? I don’t get the celebration, are they heros, did they fight off enemies, did they rescue a drowning dog, what did they do?

Those are gay on the Kennedy Horror Awards .... Blue socialist demoncrat ribbon on Obamas free’them awards.....

Mrs. BN pointed out to me that the photos she saw showed Blue & White ribbons for the medals. A bit of checking online confirmed this.

The Gay Pride ribbons were Photo-Shopped.

Sorry, I should have confirmed before commenting.

The most deserving recipient, though posthumous, was Rear Admiral Grace Hopper. Awesome career! If you are not familiar with her, read a bit.