President Hillary Clinton would be the head of the real world SPECTRE
US Defense Watch ^ | October 26, 2016 | Ray Starmann

SPECTRE is an acronym which stands for the Special Executive for Counter-Intelligence, Terrorism, Revenge and Extortion.

Enemies of SPECTRE and traitors within the villainous organization itself, found themselves dispatched to their deaths by electrified conference room chairs, pools of sharks, underground rivers filled with Piranhas, or by facing the vile Rosa Klebb and her dagger filled shoes laced with a deadly nerve agent.

Ian Fleming would be awed by how much the globalist establishment of 2016 resembles the fictitious SPECTRE of the 1960’s.

Like SPECTRE, the global elite are an international criminal syndicate with several goals: manipulate international financial markets for their own gain, weaken the West by causing chaos with Third World invasions of North America and Europe, control every facet of our lives with electronic surveillance and Orwellian political correctness and most sickeningly, push Russia into a thermonuclear war with the West, in order to bring down the population to 500 million worldwide. Once the nuclear fallout clears, the elite will come out of their bunkers to establish a one world government, which is another of their warped visions for the future.

Fleming had a brilliant imagination, but his concept for SPECTRE didn’t come out of thin air. The globalists today are descendants of criminal European absolute monarchies, the British Empire and its denizens of terror, the Redcoats; the robber barons of the Gilded Age, the international bankers and the military-industrial complex that killed President Kennedy.

A modern day SPECTRE, a real world version of the fictional organization certainly exists and the Democratic Presidential candidate is the US leader of an international globalist crime syndicate.

The Democratic Presidential candidate is a sociopathic criminal that not only has and is committing crimes, but also revels in striking terror into the hearts of anyone she dubs worthy of her vengeance.

We now have a situation where a criminal, supported by a global criminal syndicate may be only days away from hijacking the nation.

Hillary Clinton’s crimes and actions are right out of the SPECTRE playbook:

The Special Executive – Hillary Clinton and her inner circle believe they are above the law. They operate in secret as they funnel millions in bribes into the Clinton Foundation, a completely fraudulent pay for play scheme that would have had Blofeld salivating. She believes she’s above the law because no one has the cajones to challenge her. She views us all as deplorable, everyday Americans, who are just serfs to be worked to death and abused for her own personal gain. She hates anyone who is not in her little clique of international disorder.

Counter-Intelligence – Anyone attempting to challenge Hillary Clinton will be threatened, have their careers destroyed and from past evidence, murdered. The mainstream media is the propaganda arm of the Clinton Crime Family, with the mission to deceive the masses and fundamentally distort everything about Mr. Trump.

Terrorism – Hillary Clinton terrorizes those who are unable to defend themselves, such as Secret Service personnel with families and pensions. She has threatened victims of her sexual predator husband. She treats everyone under her with disdain. She rants and raves like Hitler locked in his Wilhelmstrasse Bunker during the last days of the Reich. She values nothing except her own personal gain.

Revenge – Cross Hillary Clinton and you will end up like Vince Foster, James MacDougal, or the countless people who have ventured across her path, irritated her or saw too much and who have been terminated with extreme prejudice. Just ask the doctor her found her blood clot.

Extortion – Hillary Clinton, like all tyrants bribes those she deems useful to her own personal gain, threatens others who question her standing and sanity and destroys those few brave souls who stand up to her. She has been able to destroy the rule of law in America by getting the DOJ and the FBI director in her pocket. One woman has been able to unravel 240 years of law in this nation and has turned it into a banana republic. That is the power of evil.

If Hillary Clinton is elected President of the United States, she will be the most powerful person in the world, the de facto leader of the real SPECTRE and indeed the successor to the fictitious Ernst Stavro Blofeld. Hillary would be the real Number One.

Hillary would be in good company with her fellow globalists: George Soros, Paul Ryan, the Bush crime family, Angela Merkel, Theresa May, the lowlifes who run the EU, the bankers, the neocon nuts and the corporate giants who rake in billions through illegal immigration, while the average American works two or three lousy jobs in order to put food on the table.

If this woman steals, because that is the only way she can win this election, the crimes she and her gang of villains have committed in the past will be nothing to what will take place in the future. The United States will be looted from top to bottom. Hillary’s election will be a green light to commence the final assault on America by the globalists, aka SPECTRE.

Hillary Clinton and her associates in crime: John Podesta, Cheryl Mills, James Comey and Loretta Lynch are domestic enemies of this country. Huma Abedin is not, because she is a foreign intelligence officer who has infiltrated Hillary’s inner criminal circle. She should be setting off alarm bells in every counter-intelligence office from Johannesburg to Ottawa. But, no one seems to care.

Evil manifests itself in different ways, in different places, at different times in history. The globalists and their criminal operative, Hillary Clinton are intent on our destruction. The only person who can stop today’s SPECTRE is Donald J. Trump.

SPECTRE is a good comparison.

Add in a little Dark Knight, with the mafia unleashing the Joker (Radical Islam) and finding out that they can’t control him.

God help us and God help the world if this woman is elected President.

Hillary Clinton is dressed for the part: she dresses like Dr. No, Mao, Jim Jung, and Dr. Evil.

All I can say is F..k Hillary

The current James Bond, SPECTRE, is a must. The scene with the worldwide elitists meeting to plunder the rest of us is like a Soros dinner party. A truly great Bond movie, uncomfortably close to home.

I need to check it out. Thanks

Need to Photoshop Mike Meyer/Doctor Evil and Mini-Me set up as Hillary and Huma....

Funny you mentioned that. I greatly enjoyed “Quantum of Solace” and couldn’t understand the lukewarm reviews. Then I realized the villain was a guy using environmental hysteria for profit who in a couple of scenes looked just like Al Gore.

Exactly what I’ve been thinking - but I don’t think SPECTRE had managed to corrupt our government as deeply as the Clintons have - I got the feeling from the Bond stories that we still had a functioning Justice Department, FBI, and military to fight the menace, which was external to the country - Clinton and her ‘rat henchmen have so invaded the workings of the government that every element we should be able to count on, from Justice to the media, has been compromised - Bond could have never imagined it..... 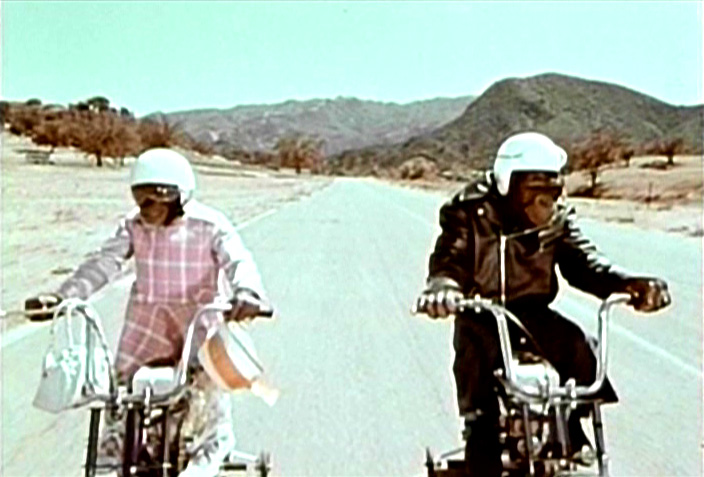 It really is fantastic, with the old Bond sense of humor back, a fine performance by Ralph Finnes as “M” (I wont spoil it, but his last line is killer!), and a great job getting Moneypenny and Q into the plot, not just cameos. It has a plot every conservative can appreciate, a great Bond girl in Lea Seydoux, and Craig is on all cylinders. That reminds me: great cars, particularly at the end. I’m a “Goldfinger” purist, but trust me: this beauty is close.

14 posted on 10/26/2016 8:49:21 PM PDT by InvisibleChurch (https://thepurginglutheran.wordpress.com)
[ Post Reply | Private Reply | To 1 | View Replies]
To: JennysCool
The current James Bond, SPECTRE, is a must. The scene with the worldwide elitists meeting to plunder the rest of us is like a Soros dinner party. A truly great Bond movie, uncomfortably close to home.

I agree - it's very good. That scene made me wonder how much of the film was still fiction.

Also, I recently I saw Thunderball on streaming video. The one with the stolen nukes, lots of SCUBA scenes and underwater combat, etc. I noticed something interesting and checked it after the movie. Sure enough... SPECTRE's physical headquarters in the movie (in Paris, IIRC), was located behind/beneath a terrorist front organization supposedly tasked with "aiding refugees" (named "International Brotherhood for the Assistance of Stateless Persons").

That little tidbit passed by me for decades; it meant very little to anyone when the book was written or the movie first screened. Now, it leaps right off the screen. How astonishingly prescient.

That is a great call. Hiding behind the “refugees” even then!

I agree with the article, Daniel Craig’s adversaries are not wildly exaggerated anymore. In fact, they are actually getting to be pretty normally behaving ultra rich people, which is scary. The villain in Quantum of Solace was Al Gore, Casino Royal had an evil banker not much different from a Well Fargo Exec, and finally SPECTRE is about Google/Internet spying. These days the writers are just adapting the news.

18 posted on 10/26/2016 10:30:48 PM PDT by Jmouse007 (Lord God Almighty, deliver us from this evil in the name of our Lord and Savior Jesus Christ, amen.)
[ Post Reply | Private Reply | To 10 | View Replies]
To: pboyington
The real world SPECTRE already has a head and he's been financing Hillary as he's been financing Obama, Merkel and the other globalist quislings of the West. 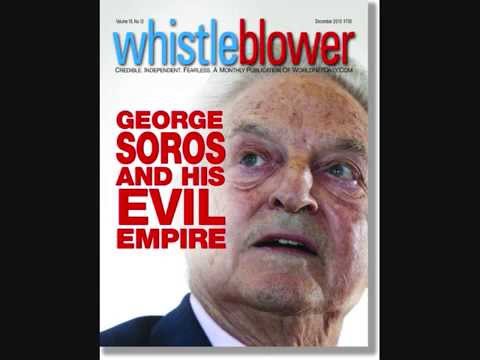 I liked it a lot myself.

As a kid I didn’t appreciate the Connery movies like Goldfinger and From Russia With Love. I had to grow up a little.