Media won’t tell you this but; Trump is at or near the MOE for nine states lost by Romney
vanity | Sept. 26, 2016 | Kevin "Coach" Collins

By now, except in the Hillary Clinton propaganda mills, it is pretty well established that Donald Trump is going to get at least 20% of the Black vote and Clinton cannot break 75% with African Americans. This is a full 15 points below the bare minimum she needs to have a chance to win in November. Nevertheless, the crafty Goebbelsesque media presents this and other “horse races” within this election as one requiring Trump to get 51% or be defeated.

This same twisting of the truth would produce a headline saying “Trump down in 8 of 9 important states,” which would be factually true but worthless to anyone interested in the actual truth.

The truth is there are nine states worth 102 Electoral College Votes (ECV) that Mitt Romney lost where Trump is either already winning, within or close to the margin of error.

An honest headline would be, “In states where Obama won by an average of 15 points Trump is winning at/near MOE.” Here’s why this is true.

A series of polls, that for obvious reasons have not received much coverage, shows that Trump is closing in on traditional blue states and is surprisingly close to taking over in the race for their Electoral College Votes.

In Minnesota Trump is -6; Obama won by 8; Minnesota is worth 10 ECVs. http://www.startribune.com/minnesota-poll-clinton-keeps-lead-but-trump-gains/393840031/

In a rather odd announcement Reuters says they have a high degree of confidence that Trump will win deep blue Vermont. Reuters did not provide any numbers but commented that because Vermont is 96% White even the liberal tendencies of Vermont would not save Clinton.

This can only mean that Reuters knows that Clinton’s support among Whites is hovering around 30%. Obama won Vermont by 36; Vermont is worth 3 ECVs

Denial, anger, bargaining, depression and acceptance. Guess where the MSM is at.

the media is owned and operated by the DNC

After tonight, and with the polls the way they are - and the way they will be -- it will be extremely hard for the media to keep treating her like "the reasonable choice" that everybody is looking for.

if it weren’t for maryland, i would look for a 50 state romp for trump.

I watched KSTP (Minneapolis local news) and they were SHOCKED Trump was so close.
Then they said polls indicated that people were voting against Hillary and not for Trump.
I’m not saying MN is in-play but considering Trump hasn’t spent a dime here, its shocking.

Trump can get even more black votes..and Latino too

with HilLIARY, all anyone has to look forward to is welfare and crime

with Trump, there’s a good chance he can resurrect the economy enough to create some new JOBs and small business opportunities.... And despite all the stereotypes, many many black and Latino American citizens want to get back to WORK and have a chance to build good lives for themselves and their families

The only problem is that Hillary is like the villain in a horror film. Just when you think they are dead; they come back and attack again. A stake needs to be driven through her evil heart, a “high capacity” magazine of silver tipped bullets needs to be emptied into her seemingly lifeless carcass, whatever is left needs to be incinerated and even then I will not breath easy until Donald Trump has taken the oath of office and is sitting safely in the oval office. The Clinton's and the Democrats are that evil.

Here are the time, time zone by time zone for the first 2016 Presidential Debate:

And that is a negative!

She has the worst ad's!

She has one that shows her history and she looks like a 60's radical!

And nothing about her being married to Bill Clinton!

Any state Hillary is not up 5, she is going to lose, period.

Unless Trump implodes at the debate, all he needs to do is look reasonable, and he wins.

I think that the real issue will be many will simply stay home.

Agreed. And Trump is only now beginning to run ad’s!

that will help, of course
but other blacks and Latinos will vote for Mr Trump and JOBS

By the way, the head and body should be burned separately.

If Trump is up in some Romney states, ahead in some Obama states, and much closer than Romney in other Obama states, doesn’t that translate to a sizable Trump popular vote win? I’m just waiting for the next BS poll from NBC 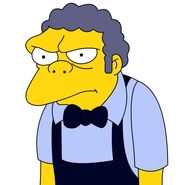