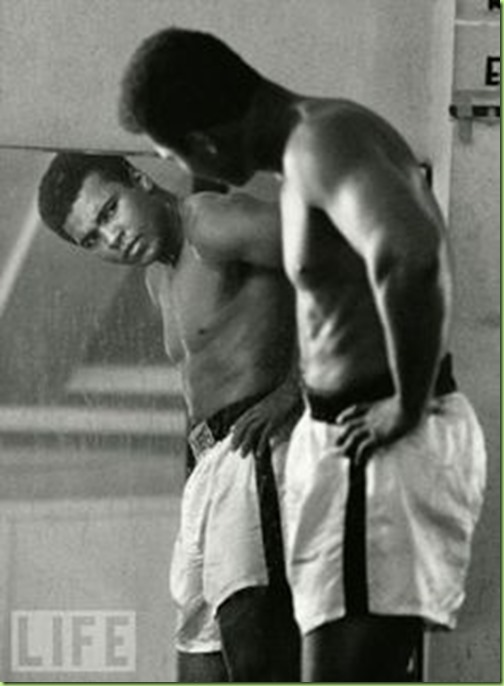 The braggadocios young Muhammad Ali, nee Cassius Clay, mellowed with age and illness butt he will nevertheless always be known for his swagger. 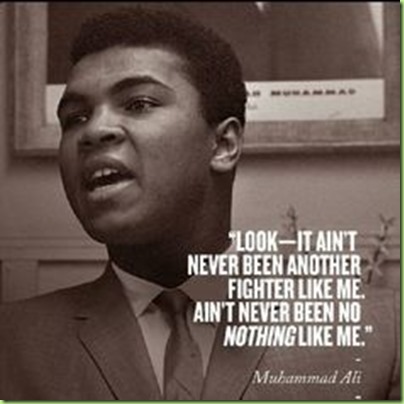 I, however, am partial to the equally great boxer butt less bodacious Joe Louis - 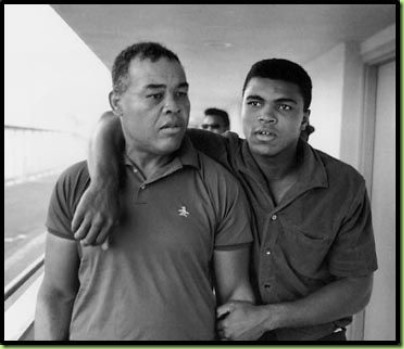 the first black Heavyweight World Champion. He was always described as a gentleman. (full disclosure: my uncle was the “Brown Bomber’s” commanding officer in WWII and his promoter for awhile afterwards) 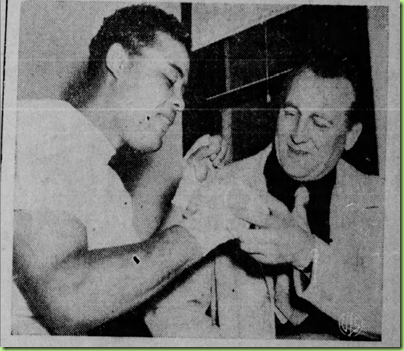 The Brown Bomber with Uncle Lou, 1946

Boxing is a lot like politics, everyone brags, everyone exaggerates and everyone dances around trying to evade the punches while awaiting the opportunity to land the winning blow. Butt unlike boxing, people playing the blood sport of politics will always play to the death.

Which brings me to my brother’s favorite peripheral Joe Louis story. It involves Max Baer who, after being pummeled by Louis in a fight that only lasted four rounds, told a post-fight reporter "Sure I could have gotten up the last time. Twenty bucks entitles these people to see a fight. It don't entitle them to see a murder."

In the world of politics however we demand the murder.

There will be blood – Lord Byron 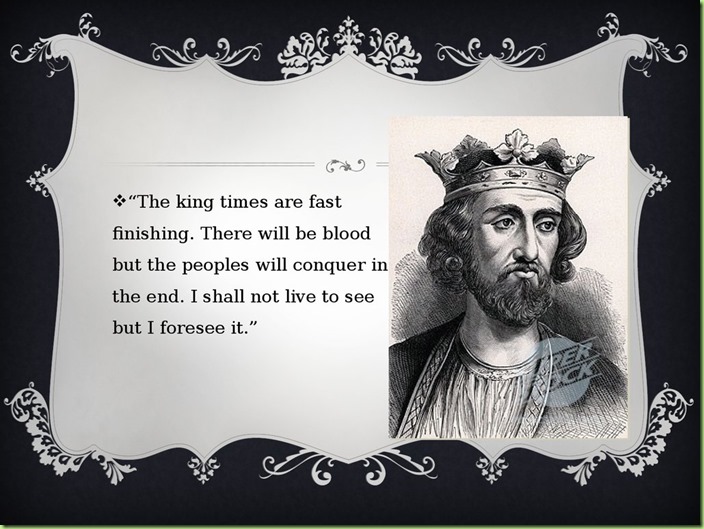 So, carry on troops; it’s not over yet. 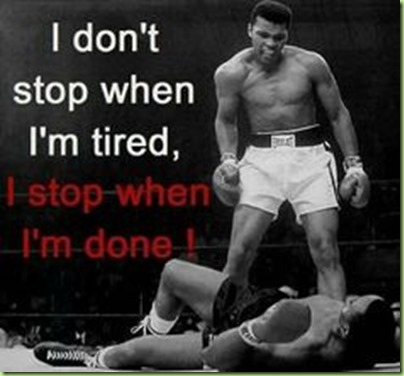 Draft Dodger and an America Hater.

Should we honor a boastful racist Muslim?

I don’t get the Muslim reason to not go fight in the military since the religion of peace has been the most violent regarding their religion all over the world.
We have to call BS somewhere here.

I will not honor a racist draft-dodging America-hater.

The sports and “humanitarian” communities are mourning, I’m like eh.... eff the draft dodger.

I don’t know how to post it, but the UK Daily Mail has an article this morning on Ali’s namesake son from whom he was supposedly estranged. Ali, Jr. lives in poverty in Chicago with his wife and two sons - they live off food stamps, rather odd wouldn’t you say for this very wealthy, deceased individual who wears an untarnished halo for many who post here and in the supposed “press” in the US. I doubt that this article will reappear on any major news site.

um...wouldn't that be jack johnson ?

My interest in Ali begins and ends with his boxing exploits.