“So, you've got a massive amount of data in a way, reminds me of the Nixon tapes: Thousands of hours of secretly recorded conversations that Nixon thought were exclusively his.”

Oh sure: missing tapes, missing emails; I see his point.

Watergate, you may recall, began with a break-in at the DNC to steal information that might be useful for embarrassing their candidates. The real scandal involved a cover-up orchestrated by all the President’s men - unfortunately captured on tape. Nixon declared the tapes to be his personal property and refused to turn them over. Until he was forced to; and by then 18 minutes of the tape had mysteriously disappeared. By comparison, Hillary turned over 30,000 emails that she determined to be work-related and simply deleted the 30,000 she deemed to be “personal” and nobody else’s beeswax. And furthermore, she told us “there is no classified material” contained in any of those emails sent and received on her unsecured server:

As with any Clinton statement however, it undoubtedly depends on the what the meaning of “is” is. Let the record reflect that with only 20% of the 30,000 emails that she DID turn over heviewed, State has currently unearthed 305 that contain classified information, some Top Secret.

Nevertheless, there’s a big difference between Watergate and Hillary’s non-scandal. Watergate was about the illegal collection of embarrassing data from the opposing party; today that’s called  “opposition research” and conducted legally by high priced consultants. Hillarygate is about the illegal sharing of top secret documents divulging State secrets, all because Hilz “didn’t want to carry 2 phones.” 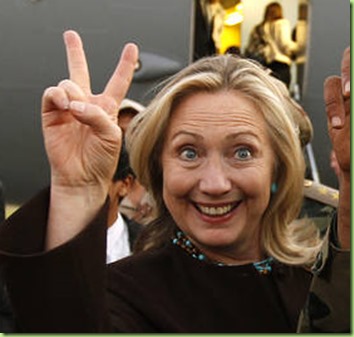 So my question: if Hillary’s emails sound an alarm at least as urgent as that of the Watergate tapes, where are OUR Woodwards and Bernsteins? 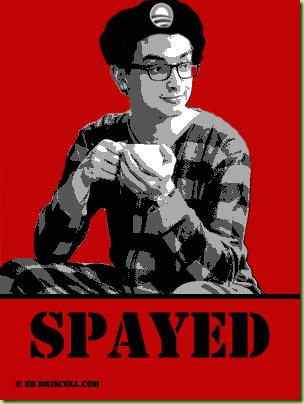 Still in their pajamas I guess.

I keep having to explain this to liberals. The Woodward-Bernstein model only works for exposing and hounding Republicans. If a journalist attempts to expose a Dem they get the Sharyl Atkinson treatment.

The young go-getter investigative journalists are a thing of the past. The major networks tell journalists now what to report and how to report it. They don’t need to investigate anything, they just make it up.

If journalism was just about news gathering, we would have a representative for all Americans.

Big time. Even “conservative” Fox News is in the tank.

I won’t watch them now, at all. Completely looking for something now.

This has been an issue forever, but now when even our own media representative is in the tank, there is nobody.

They are mainly on the internet and radio.

Dan Calabrese’s new column on Hillary Clinton’s past may bring the curtain down on her political future. Calabrese interviewed Jerry Zeifman, the man who served as chief counsel to the House Judiciary Committee during the Watergate hearings, has tried to tell the story of his former staffer’s behavior during those proceedings for years. Zeifman claims he fired Hillary for unethical behavior and that she conspired to deny Richard Nixon counsel during the hearings:

As Hillary Clinton came under increasing scrutiny for her story about facing sniper fire in Bosnia, one question that arose was whether she has engaged in a pattern of lying.

The now-retired general counsel and chief of staff of the House Judiciary Committee, who supervised Hillary when she worked on the Watergate investigation, says Hillary’s history of lies and unethical behavior goes back farther – and goes much deeper – than anyone realizes.

Jerry Zeifman, a lifelong Democrat, supervised the work of 27-year-old Hillary Rodham on the committee. Hillary got a job working on the investigation at the behest of her former law professor, Burke Marshall, who was also Sen. Ted Kennedy’s chief counsel in the Chappaquiddick affair. When the investigation was over, Zeifman fired Hillary from the committee staff and refused to give her a letter of recommendation – one of only three people who earned that dubious distinction in Zeifman’s 17-year career.

Investigative journalism in the US is dead. Last year, I saw a German network team that got people hired within Burger King in Germany, and exposed a number of bad business practices and sanitation procedures. It was the kind of stuff you’d see in the US back in the 1980s.

Go look over at Sixty Minutes. They mostly do comical stuff and international stories now....avoiding any contact with corrupt police departments, banks, or business operations. I could take a camera crew around DC on the eastside, and collect forty hours of video showing gang activity and drug sales. Who wants to cover something like that? No one.

Where is the person inside the Clinton machine who has shred of honesty and what used to be called “character” to realize that a great wrong has been committed and moves to provide evidence of the coverup of the criminality.

Can a conservative even get through “journalism” school?

You’ll have to ask Jarrett...

They end up dead like Andrew Breitbart and Michael Hastings.

Is everyone forgetting James O’Keefe?

"[Hillary] was a liar," Zeifman said in an interview.

How could a 27-year-old House staff member do all that?

Zeifman said she was one of several individuals who engaged in a seemingly implausible scheme to deny Richard Nixon the right to counsel during the investigation.

The actions of Hillary and her cohorts went directly against the judgment of top Democrats, up to and including then-House Majority Leader Tip O'Neill, that Nixon clearly had the right to counsel. In order to pull this off, Zeifman says Hillary wrote a fraudulent legal brief, and confiscated public documents to hide her deception. The brief involved precedent for representation by counsel during an impeachment proceeding. When Hillary endeavored to write a legal brief arguing there is no right to representation by counsel during an impeachment proceeding, Zeifman says, he told Hillary about the case of Supreme Court Justice William O. Douglas, who faced an impeachment attempt in 1970.

"Hillary then removed all the Douglas files to the offices where she was located, which at that time was secured and inaccessible to the public," Zeifman said. Hillary then proceeded to write a legal brief arguing there was no precedent for the right to representation by counsel during an impeachment proceeding — as if the Douglas case had never occurred.

15 posted on 08/18/2015 6:19:38 AM PDT by tired&retired (Blessings)
[ Post Reply | Private Reply | To 7 | View Replies]
To: NOBO2012
Though there great opportunities for lighthearted smirk on this thread, I'll be a little serious. "Deep Throat", from the Woodward Bernstein era, was an FBI official, not a campaign operative. The FBI is now involved in the Clinton server scandal. In spite of the Obama political domination of federal agencies, I would like to believe that some honest agents remain in the FBI.

All it will take, then, is an honest journalist. Those will be harder to find, especially among the beltway press. I bet, though, that there is some hardworking newshound out there, looking to earn the millions that Woodward got, ready to expose the truth.

The so called hard hitting press only show up if the object is a conservative. Liberals are expected to lie and cheat!!!

I prefer Sharyl Attkinson, that is some investigative Reporting.

Where is Deep Throat?

19 posted on 08/18/2015 6:52:20 AM PDT by MIchaelTArchangel
[ Post Reply | Private Reply | To 1 | View Replies]
To: ImNotLying
The young go-getter investigative journalists are a thing of the past. The major networks tell journalists now what to report and how to report it. They don’t need to investigate anything, they just make it up.

Yep, it is not about the investigative journalists any longer. Even if they uncover the "story of the century", no news organization will publish/air it unless it brings down a conservative or a Christian. Heck, we've got Woodward (himself) basically saying that Hillary is the new Nixon and no one cares.