Upon arrival in the land of the Dreams From His Father, Barry was greeted by his half-sister, Auma Obama. Man, Big Guy’s got more half-siblings than the Kardashians! And frankly, there’s a chance he may be related to them too. I mean, check out that butt on Auma; we are definitely looking at Kardashian sized upholstery. 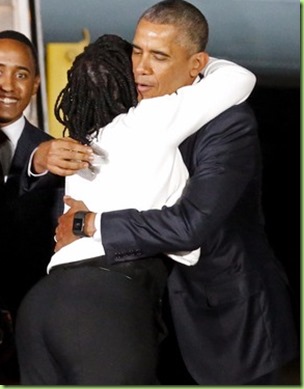 While being whined and dined in Kenya, Barry launched the Global Entrepreneurship Summit in Nairobi, telling the audience that Africa is on the move:

He said young African entrepreneurs are the continent’s future, but cautioned that governments cannot allow small would-be businesspeople to be stymied by corruption and big investors to be discouraged by the costs that corruption adds to business dealings.

“The corruption problem is so bad. When you are looking for business, it’s who you know…The person in authority who can give you some business, you have to give them money so that they can give you business.” Note: it’s called “crony capitalism” in America

I’m not sure Big Guy will have a problem with any of that however, as it isn’t being perpetrated by people exercising their “white privilege.”  So instead, he settled for lecturing them on gay rights and their counterterrorism practices (which, just like Bush’s, are too tough, according to Human Rights Watch).

It should be noted that Kenyan President Kenyatta responded by noting that the scourge of terrorism is “an existential fight for us,” while likewise noting that gay rights “is not really an issue on the foremost mind of Kenyans. And that is a fact.” At least somebody’s president seems to have his priorities straight (no pun intended). Too bad it isn’t our president. Who’s still busy practicing his poses with mirrors and selfie sticks:

Watch where you’re pointing that thing Big Guy, because as we all know, guns kill.

Of course Islamo-fascists kill people too, and they don’t even need guns. They’re willing to use any tool at their disposal to accomplish the annihilation of their enemies. 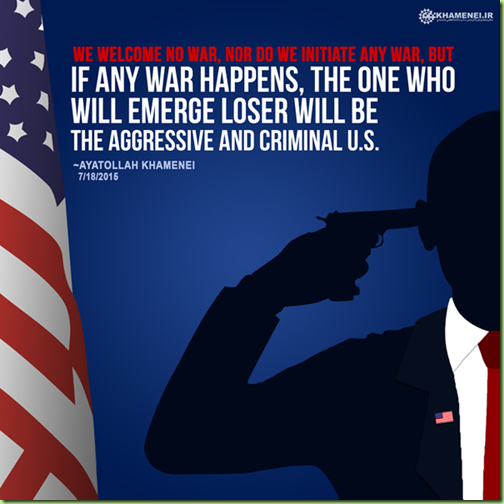 Hell...he was friendlier to Bergdahl’s mamma.

He looks so much like her—NOT. DNA samples please.

Is he gonna visit half brother George’s humble, dilapidated hut?